Building A 1979-2004 Mustang? Look At Chris Alston’s Chassisworks For All Your Suspension Needs – Crazy Options 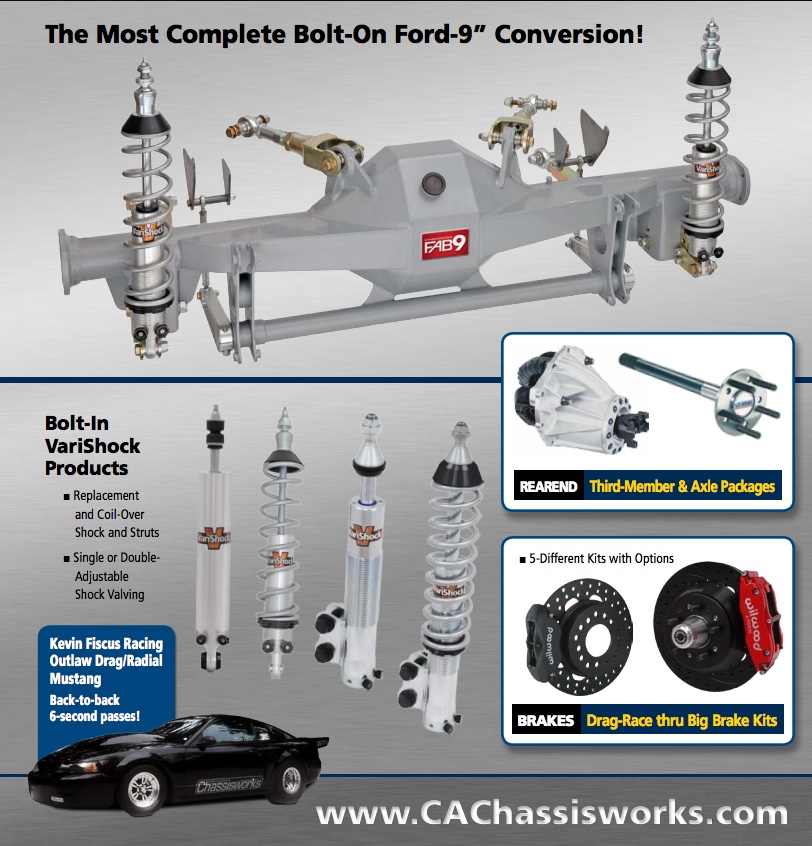 Everyone knows that Chris Alston’s Chassisworks is an innovator in many areas of the suspension game. Their drag racing equipment underpins some of the quickest and fastest small tire cars in the world, their line of G-street pro touring components changed the game in that scene, and their custom chassis are the stuff of legend. The company has a HUGE line of components to fit the ever popular 1979-2004 Mustang that is popular in virtually every form of motorsports out of truck pulling. Guys like Kevin Fiscus have run their suspension on the drag strip with great success which should tell you that the equipment is versatile enough to handle the huge power that he’s throwing at it along with being super tunable to your own application. Want to drive your car to the strip and set the car up to hook on the slicks you have in the trunk? Go for it! The adjustable Varishocks have 16-positions to select for best performance and those babies should be bolted to one of the famed Fab9 rear end housings that are built to survive the zombie apocalypse. Seriously. Load that thing full of a lightweight aluminum center section, run the anti-roll bar, and get to work hooking to the track like the car has super glue on the tires.

Like all of the stuff in the Alston’s catalog, these are American made components that got through a stringent QC process to make sure that you are getting the highest standard of construction and quality. The staff at Chassisworks know that their components are going to be used in harsh environments and as such they make sure that everything going out the door is up to their world class standards. We can promise you that Chris Alston and his family take an immense amount of pride having their name over the door and they know  that everything that leaves the production facility needs to uphold that name and reputation. Anything less won’t stand.

So, back to the original topic here. If you are putting together a 1979-2004 Mustang (and we know LOTS of you are!) make sure you check out Chris Alstons’s Chassisworks for their suspension components and options. If you have questions, pick up the phone and call their tech line. They have very knowledgeable people on the other end of the line that can help you sort out what you need and get your combo working the best that it can. If you already race a Mustang of that era and need to upgrade, call these guys first! 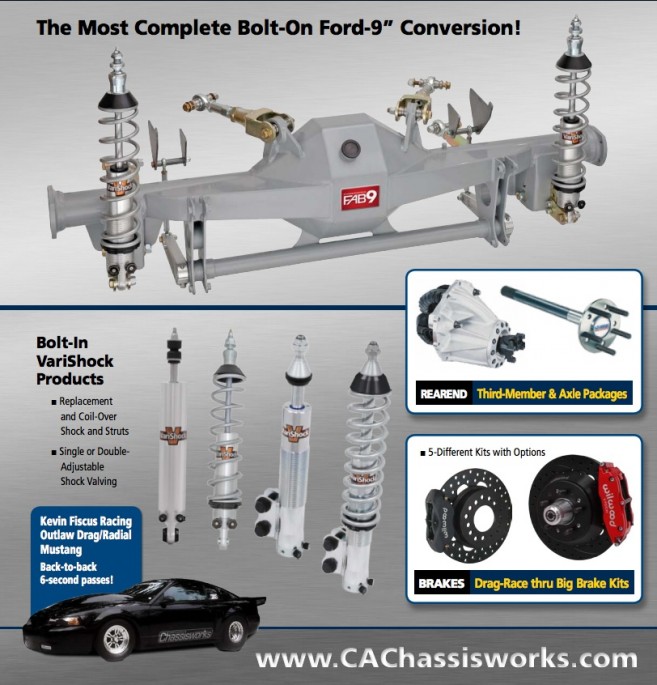 Justin Oney's Drag Week 2014 Photo Diary - We Pick It Back Up In Great Bend, Kansas On Day Four Event Coverage: Hot Rods On The Water A The Geneva Lakes Antique And Classic Boat Show 2014