Jun 09, 2014Brian Lohnes1320 Drag News, BangShift 1320Comments Off on Burned Up Motor Leaves Garlits Short Of 200 On Second Round Of Testing In Swamp Rat 37 Electric Dragster At Bradenton 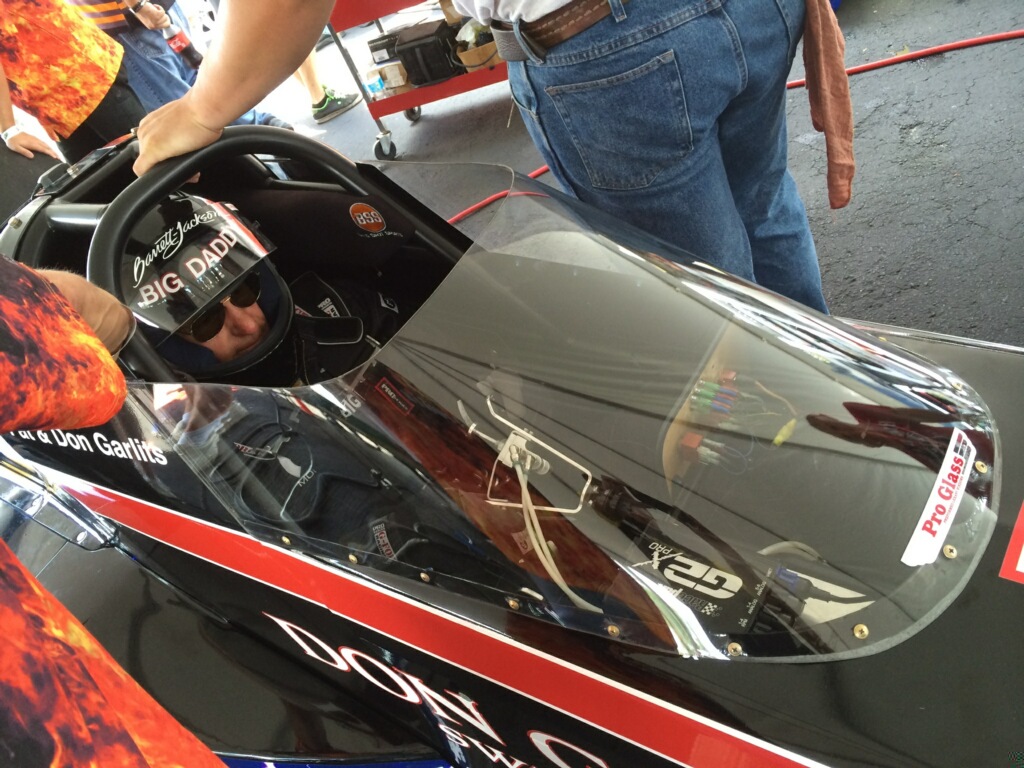 It wasn’t easy 50 years ago and it isn’t easy now. Don Garlits and the entire operation behind the SR-37 Quest dragster hit a snag in testing yesterday when one of the electric motors powering the car burned out leaving the crew with five motors when they needed six and there were no spares immediately on hand to swap. We were getting information from Racepak’s Tim Anderson who installed a state of the art data logging system on the dragster and accompanied the car and team to Bradenton for this attempt at the 200mph barrier. Earlier test runs had yielded a top speed of 184mph and between sessions Garlits had taken the dragster back to the shop and swapped the rear end gears for a taller set and made some other small tweaks to make what he believed was a really capable package.

After making a 160mph test pass and then a slightly hotter 172 mph run, the crew took a look at the machine and figured out that motor #4 (remember this is actually like a “V6” of electric motors) had failed. Tim reported to us that the brush spring melted and the motor arc’d around the area of half track. Without a replacement to plug in at the time the team packed ‘er up and headed back to the shop.

Here’s why this project is cool. It is clear to anyone with a brain by now that this is NOT an easy thing to do. Some of the best engineering minds and experienced dudes in the sport of drag racing are working stupid hours on this thing and they are having to work through some teething issues that any racer would in a brand new car. It is cool to us that this wasn’t the type of deal that simply happened the first time the car appeared at the track. We’re sure the fellows involved would have preferred for it to happen that way but it really lends some credence to the whole deal when even these smart and experienced professionals have to fight and claw to make the magic happen.

Garlits isn’t done. The SR-37 Quest team isn’t done. We’re not done. The world is still interested and pulling for “the old man” to make this happen. Stay tuned right here as we’ll continue to follow the story from the inside out and let you know what’s happening with Don Garlits’ attempt to be the first man to run 200mph in the quarter mile on electricity. 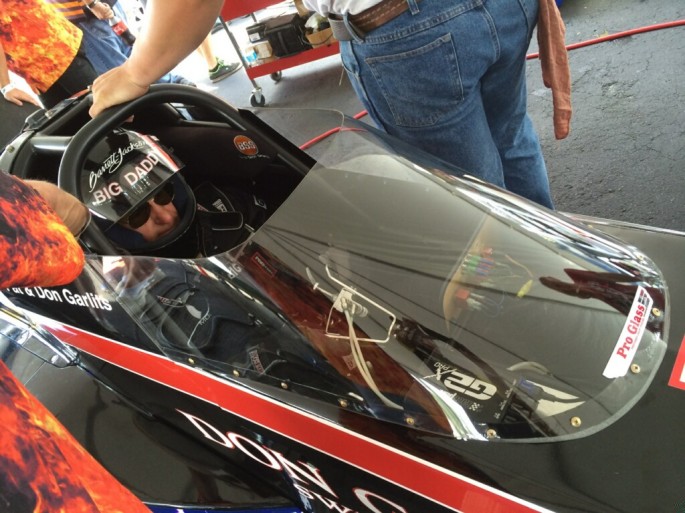 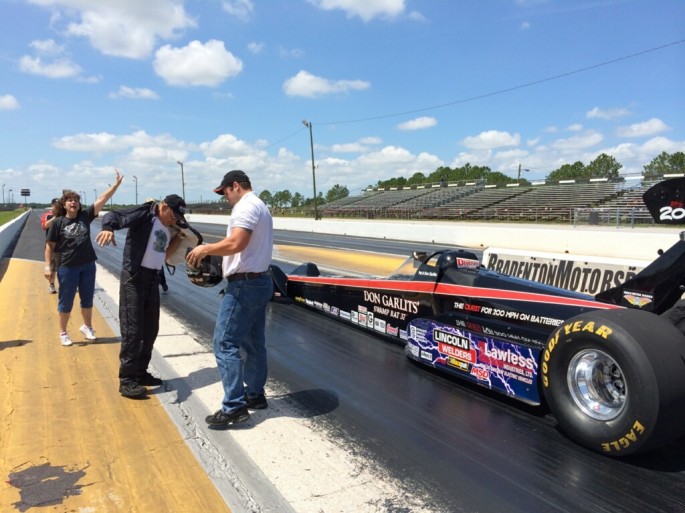 GM got mileage around the world from its "Baseball, Hot Dogs, Apple Pie and Chevrolet" ad Barnstormin': The Triumph Of Showing Up