Bored This Winter? Buy This Never Fired Russian Liquid Propellant Rocket And Become The Hit Of The Neighborhood! 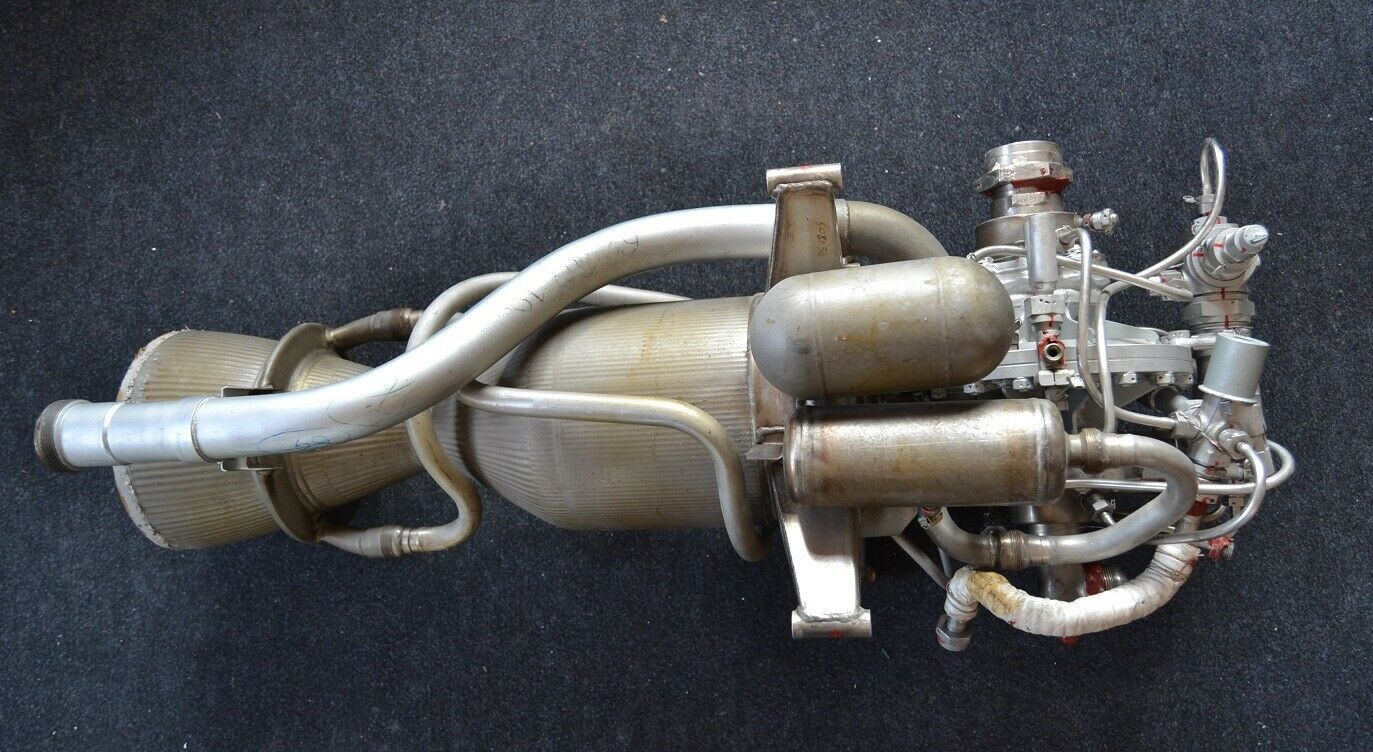 It has been a while since we’ve seen a person selling a cool rocket engine on eBay. We’re guessing that being quarantined and stuck at home maybe forced the rocket owners to mess with their own stuff rather than sell it. Anyway, we found one and this thing has never been fired! It’s the equivalent of the “old lady owned” car that’s as good as the day it was built. We’re not thinking that this sucker comes with a user’s manual and we’re not 100% sure that the thing is actually complete. Maybe some assembly required.

Here’s what we’d suggest someone else do with this piece of iron curtain engineering. Jet pack. The weight of the engine is 105lbs. The weight “with packaging” which we’re guessing is a shipping crate is 220lbs so if you’re a strapping young lad, it seems wearable. Our lawyers are saying that we cannot recommend you strap a potentially suspect Russian liquid rocket to your ass. So don’t do that….but maybe find someone who wants to.

Here’s some stuff from the eBay ad:

Isayev Nitric acid / Amine liquid propellant engine.
New engine, has never been used, still sealed but surely functionable.
Type: S2.720
Thrust: 34,3 kN (7 711 lbf; 3 500 kg)
Engine weight: 48 kg (105 lb), weight with packaging: 100 kg (220 lb)
Chamber pressure: 64 bar
Height: 0,95m (3,1ft)
Diameter: 0,48m (1,56ft)
Designed by the bureau of Alexei M. Isayev.
For export the rocket engine outside Czech Republic the buyer must submit the End User Certificate and the International Import Certificate. The International Import Certificate must be confirmed by local authority. Both documents must be provided to Czech Ministry of Industry and Trade. Based on them the export outside Czech Republic is allowed. 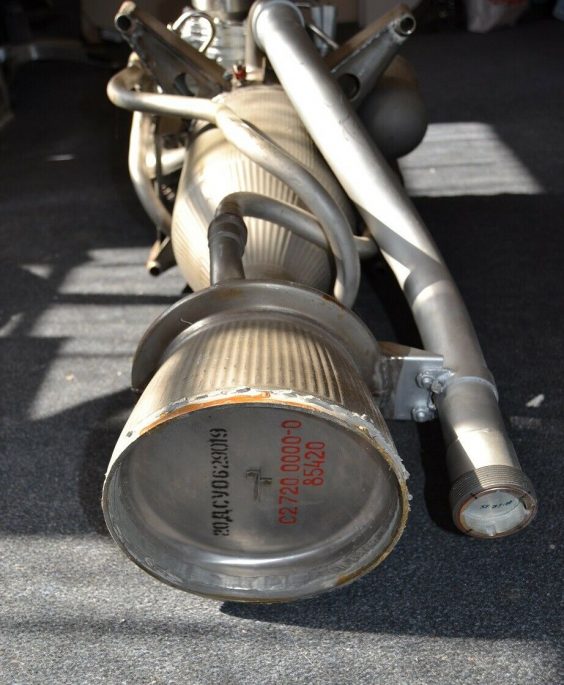 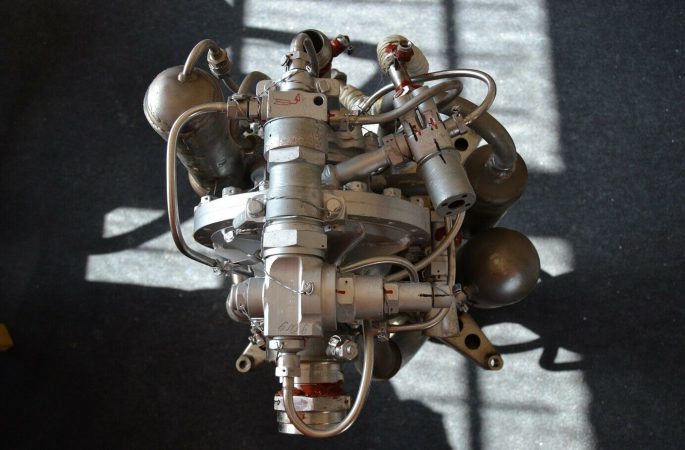 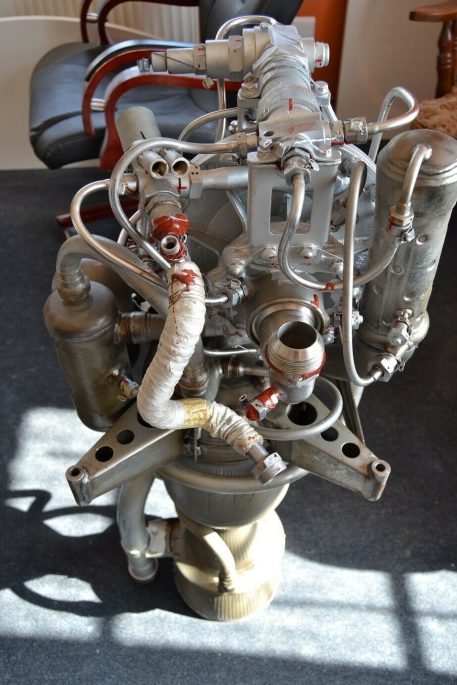 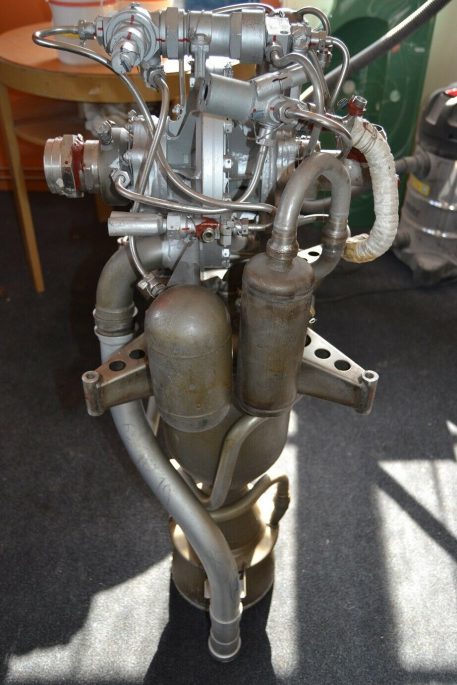 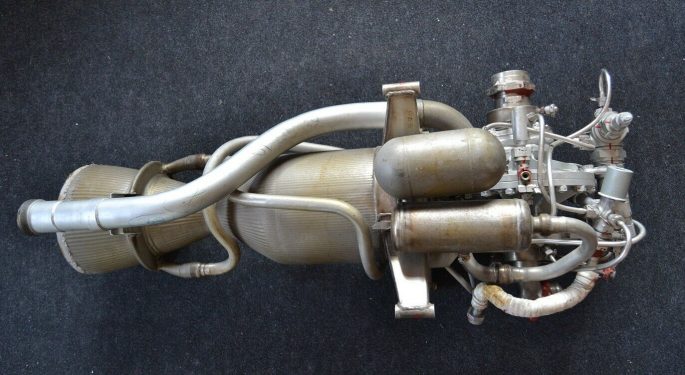 Important Tips For Keeping Your MIG Welder Running Smooth, Especially When You Don't Use Them Every Day Quick and Quirky: This Look Back At The 1988 Mazda MX-6 GT Shows Off The Semi-Awkward Stage Of 1980s Japanese Cars

2 thoughts on “Bored This Winter? Buy This Never Fired Russian Liquid Propellant Rocket And Become The Hit Of The Neighborhood!”