A $40,000 Guess – Watch Cali Chris Go Virtually Perfect And Saw Birdman Off At The Knees 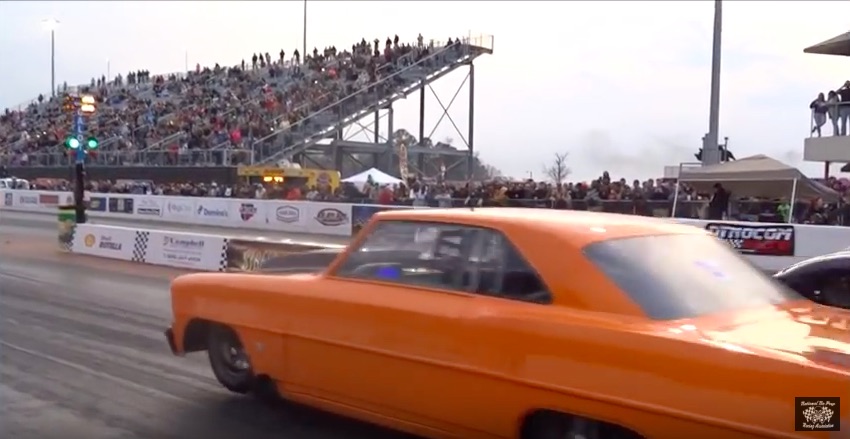 It was a moment that triggered a landslide of opinion, screaming, yelling, crying, and entertainment on the internet. When “Cali Chris” Poncia used his mental clock to leave the starting line a nano-second before the instant green flashed at the Street Outlaws No Prep Kings event at GALOT motorsports part, he stunned the no-prep world. This was a massive upset as James “Birdman” Finney is one of the, if not the premier no-prep racer in the country and arguably has been for some time. The guy just does not lose in situations like this…until now. Poncia admitted to guessing at the light to give himself an advantage and frankly we’re not sure what everyone is so pissed about. We get why Finney is annoyed as Poncia’s spider-sense cost him $40,000 but there’s only one real response to that. Be better next time.

There’s always been some controversy regarding the christmas tree and no-prep racing. Some series discourage guessing at the tree by using a self-imposed reaction time “limit” that if you are better than, your run is disqualified. The idea is apparently to stop people from guessing at the tree, but again, we’re not sure why taking a human’s natural abilities out of the equation is a good thing. There are multiple timing systems out there like Compulink and Accutime to name some big ones. While they both operate differently, our understanding is that you can put some variation in the length of time that the green takes to come on to prevent this type of stuff. There’s a far easier solution, though.

Just use the damned tree! All of this goes away if you put the guys on a .400 pro-tree and leave all the bulbs in. While we understand that it’s perhaps too traditional for the no-prep crowd, it takes all of this screaming, yelling, and guessing business out, right?

What we see below is a guy using every tool in his pocket to win a $40,000 race. What other see is someone cheating their way to a win. What do you see?

13 thoughts on “A $40,000 Guess – Watch Cali Chris Go Virtually Perfect And Saw Birdman Off At The Knees”