Double Duty Video: Chad Green Raced Nitro Funny Car and Pro Mod At Indy – Live The Weekend From The Inside Out! 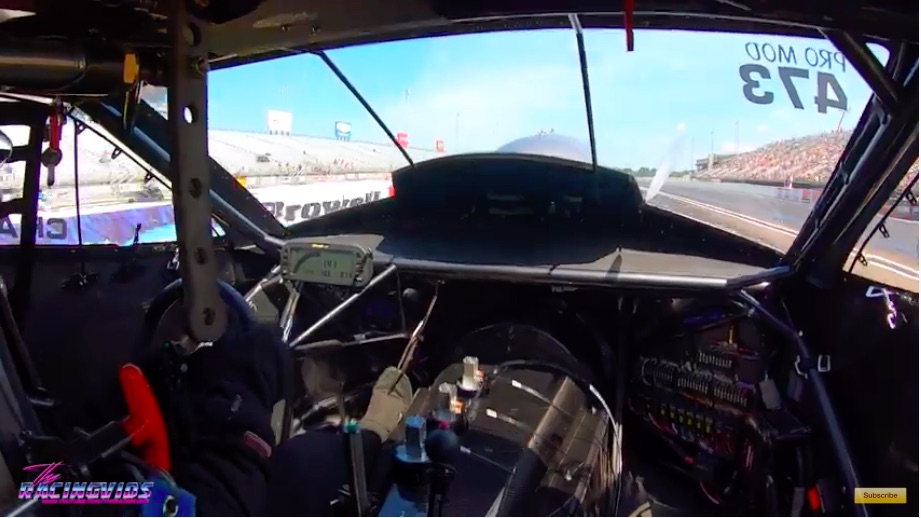 When we first got the news that Chad Green was going to run both nitro funny car and pro modified at the NHRA Lucas Oil Summernationals at Lucas Oil Raceway Indianapolis we were pumped up. It had been years since anyone had turned this trick with Melanie Troxel being the last to do it. The two wildest cars on the property and one guy would be hammering on both of them?! So cool!

On the funny car side, Green owns his own equipment and works with Tim Wilkerson with regard to the tuning of the car. On the pro modified side, Chad owns his own stuff and has Dean Marinis as the crew chief on the car. Marinis the small tire racer and the quickest quarter mile nitrous pro mod racer in history is a really good wrench and the combo of the two of them seems to have really gelled at Indy.

So, with two cars, two teams, and two wildly different personalities, how did it all work out? This video shows us that it went pretty damned well! On the funny car side Green qualified and while he did not escape round one in the nitro car, he is getting more comfortable every pass and the round wins are not far off. In pro mod, the team was crushing it. They qualified well, he was driving like a man possessed and he made the final round where he was going to face Jason Scruggs. The rain came and that final will now be run at the US Nationals, so the true end of this video is not coming until the beginning of September.

Awesome video of an awesome weekend. This is worth every second of watching, especially the in-car stuff!