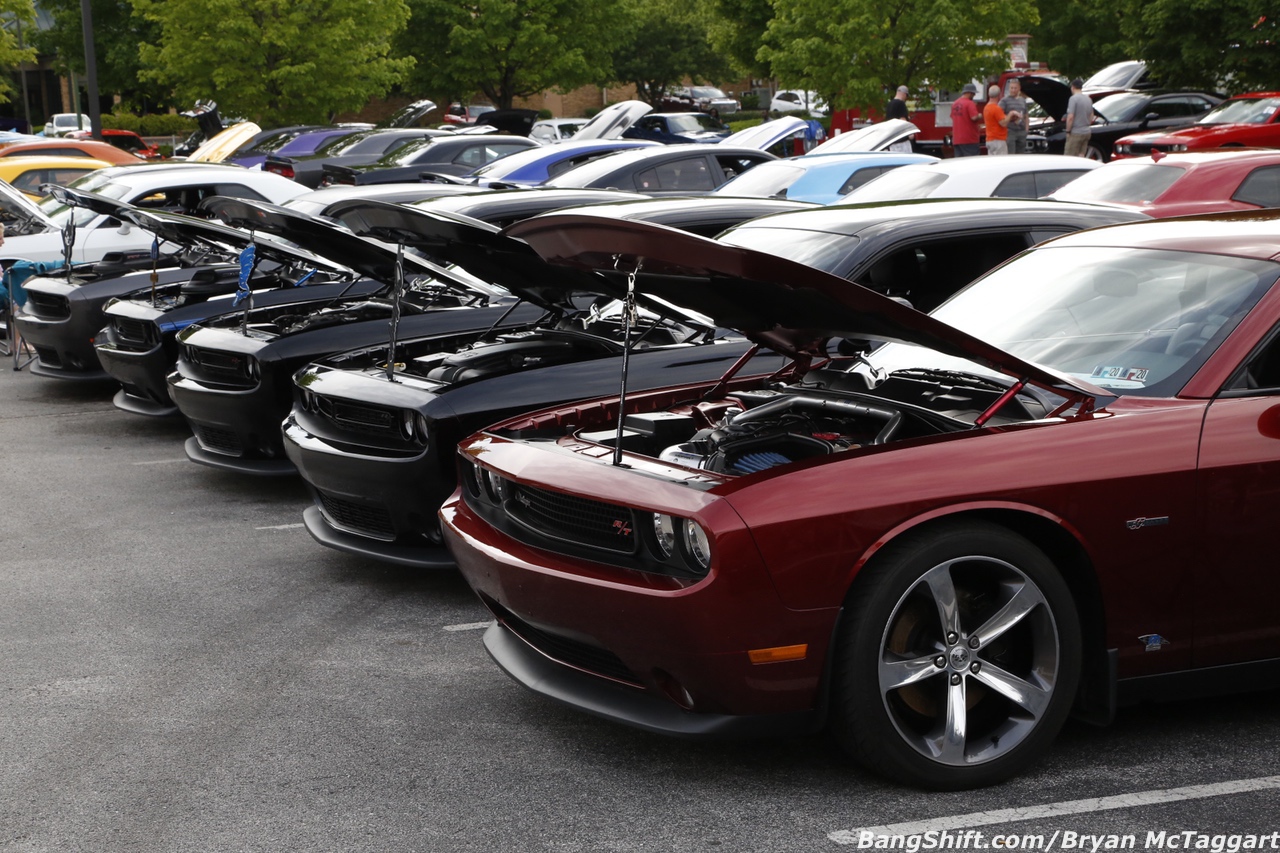 Each year, Speedy from Speedy’s Garage prepares Bowling Green for the arrival of a pack of animals. Chargers, Super Bees, Hellcats, RedEyes, Vipers, Chryslers, and more begin to arrive, one at a time or in packs, into Warren County, and in short order bring the sound of thousands upon thousands of horsepower into the town, shaking and thundering wherever they may roam. ChallengerFest 10 has come and gone, and while this year’s visit was much briefer than I’ve enjoyed in the last few years I’ve attended, I still walk away amazed by what people do with the Chrysler LX platform and the Gen III series of engines.

For the first time ever, I got to the party late. This occurred after my trip to Texas was cut short after learning that floodwaters had taken over Little River Dragway…and I was almost into Arkansas. So, after another few hundred miles of driving, I made my way straight to the parking lot of the Holiday Inn, where anyone who is in town in Bowling Green goes to see the after-hours action at any event. Each year, ChallengerFest takes over a section of the parking lot and turns it into a car show. Tired from driving most of the day, I walked around, snapped pictures of some of the interesting cars on the premises, and went home for some sleep. That’s my end of the story…for the participants, they had hoped to get some track time in at Beech Bend, but the track called the testing off mid-day…just for the skies to clear up that afternoon. Funny how that works out, isn’t it? But that doesn’t bother the ChallengerFest goers so much…instead they take in the offerings of Bowling Green, be it a day at the gun range, a walk-through of the National Corvette Museum, or a visit and one of many other interesting points. Or, they hang out in the parking lot with other like-minded folk and have a good time filled with conversation…and maybe a spirit or two.

Saturday morning, well-rested from the prior day’s drive and ready for some action, I made my way to Beech Bend. My initial plan was simple: I’d announce until Smokin’ Joe showed up to take over the microphone, then I’d shoot action photos to my heart’s content. Sadly, this is where Mother Nature became a bitch. With five cars left in the testing session that had plenty of promise, we got drizzle that just would not stop. We had seen Barbara’s Scat Pack Challenger stripe the full length of the right lane on a pass against her husband in his RedEye, we had seen one very nasty Hellcat snap an axle at the launch, we even got to see the OSTDyno-built Challenger Yellow Jacket with the rear mounted turbo setup bark off gunshots while waiting for the lights to go down on the Christmas tree. There were two RedEyes in the field, tons of Hellcats, a six-speed shootout, bracket cars…it was going to be a good day before the clouds pissed all over the parade. And outside of Speedy, who was obviously disappointed that the race was pretty much a goner, most of the show-goers didn’t seem to be that bothered. Lisa Nicholson, who had given her redline a workout while hazing the tires off in the burnout box, was all smiles in the paddock. People were taking shelter from the drizzle under trailers or wherever else they could find it. Even when the conditions just suck and aren’t conducive to racing, the attendees that ChallengerFest brings out year after year keep attitudes positive and will carry on regardless. It’s why this show is one of my personal favorites. 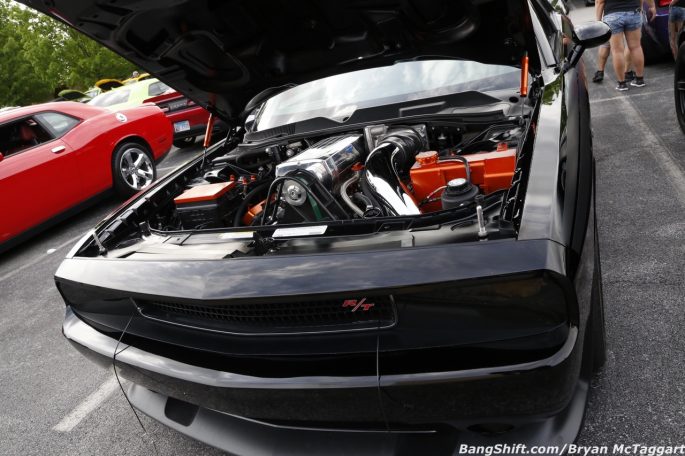 Be sure to click on a photo below to check out more from ChallengerFest 10!

Heroic Honda: The Reunion Of A Mid-Engined Civic And It's Builder Scrapple, Your Guide To The "meh"-Worthy News! This Week: WE HAVE GREAT NEWS!

One thought on “ChallengerFest 10: Hemis, Hellcats, And Hellraisers Return To Kentucky!”