This Dodge Challenger Yellow Jacket Looks Sedate, But This OSTDyno-Built 1,000 Horsepower Turbo Monster Can Sting You! 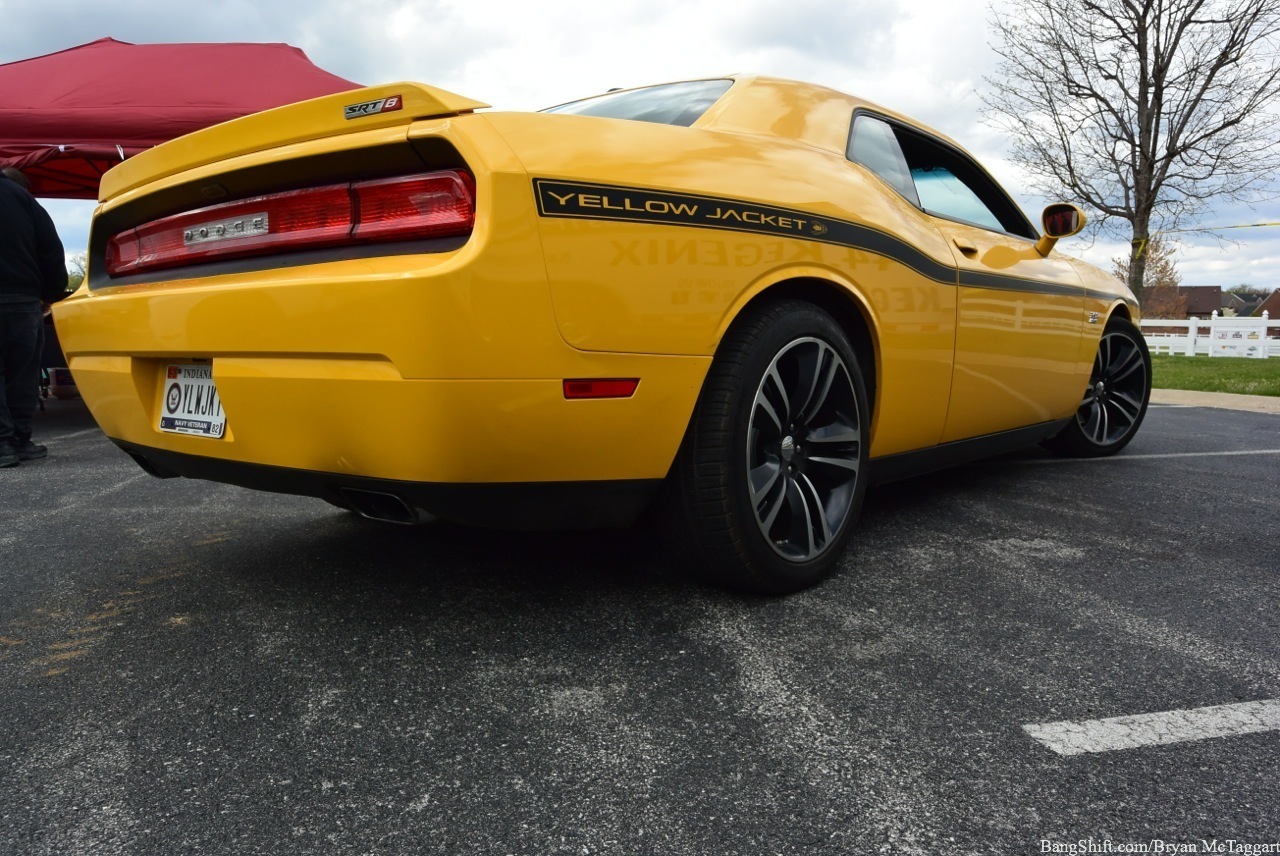 (Additional photos and video courtesy of OSTDyno) How hard is it to make a bright yellow Dodge Challenger SRT Yellow Jacket a sleeper? Difficult isn’t the word. Everybody knows that the 392-powered modern Mopars can run hard, and painting one in colors that Mother Nature has been using for the unspoken sign of “Danger, Do Not Provoke” didn’t help matters. Yellow and black mean that if you get too close, the theme song for your day has automatically become “This Is Gonna Hurt”. But here’s the rub: most people who bought Yellow Jacket Challengers don’t do squat with them but drive them. That’s it. They look good, but most of the ones you’ll see on the road are as much of a threat to you as a honeybee. The Stinger Yellow and black paint was eye-catching, and the name harkened back to a 1970 Challenger show car, the Yellow Jacket. All in all, it was just another day of SRT reaching back into history for another special edition. 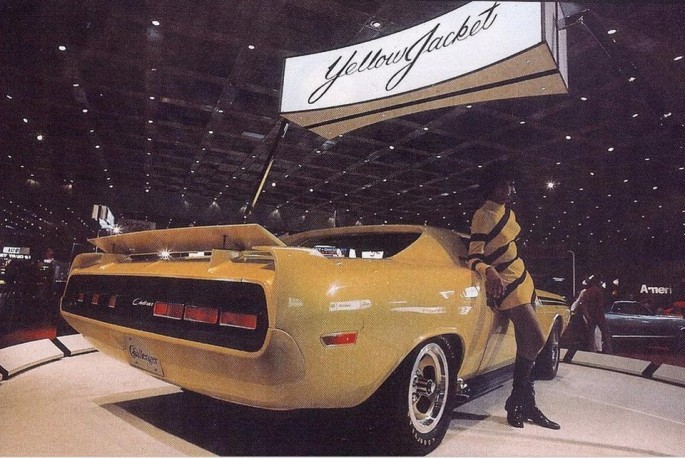 But if your car is named after the most aggravating, perpetually pissed-off insect out there, the flying pestilence that can have grown men swatting at the air, cursing up a storm and running like their feet were on fire, shouldn’t it behave like one? 470 horsepower isn’t anything to sneeze at, but it’s also fairly low on the totem pole compared to Z/28, ZL1, Z06, GT350, Hellcat, etc. Maybe something more would do the trick? 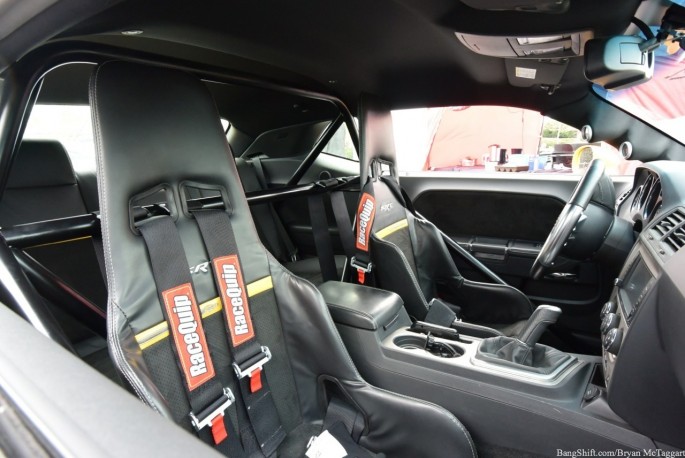 Last year, Howie Rumjahn’s Challenger was running a Procharger on his stock-block 392 Hemi, but after ChallengerFest 6 he wanted more than that, especially after seeing OSTDyno’s shop truck Jeep Grand Cherokee SRT-8 run (and we can’t blame him, either…especially when we saw it try to go plaid! Check the video out HERE). He contacted Mike Doban at OSTDyno and was linked up with Micah Doban to plan out a turbocharged six-speed build plan. Howie’s plan was a daily-driveable 1,000 horsepower monster that looked no more threatening than the day it rolled off of the dealership’s parking lot…that’s no small order, but the OSTDyno crew took it on and to say they knocked it out of the park is an understatement. When Howie’s car debuted at ChallengerFest 7, the only tip-off that something was up was that people were hovering around the car no matter where it was. Even when the stock wheels and tires were swapped out for a set of drag rubber on Weld wheels, it didn’t look much more than stock. And on a close walk around, the cage and the thin racing seats with the stock-appearing covers only indicated that it was faster than stock. To determine how much faster, you need to get down on the ground and look for yourself…or look through the trunk. 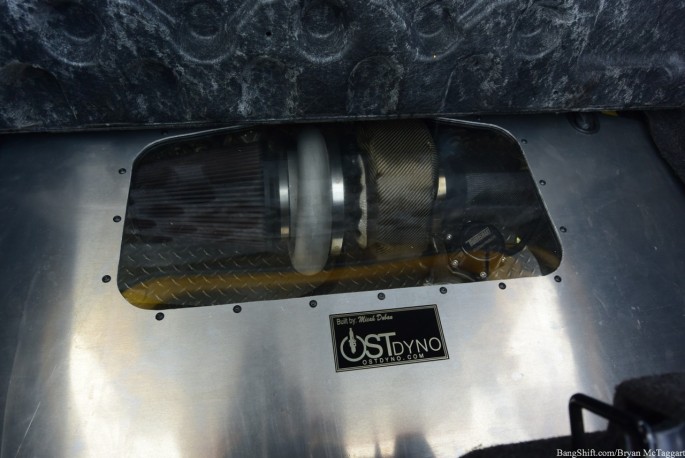 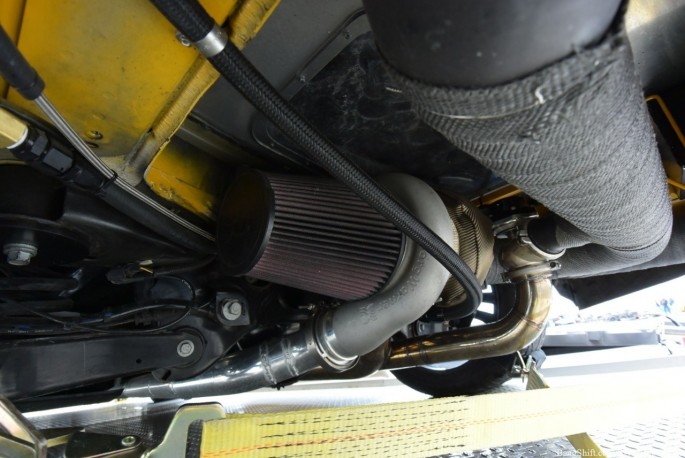 Tucked up out of sight is the Borg-Warner 88mm that feeds the HRH Performance 426ci Gen 3 Hemi. Fitted with Thitek heads with oversized valves, the 426 is a boost-build motor from the block up. Backing up this monster is an RPM Level 7-modified TR6060 six-speed manual transmission, which is rated to only hold 900 ft/lbs of torque. It’s a good day when the Tremec is going to be the weak link in the drivetrain! The clutch and flywheel are custom-spec McLeod units and the rearend is a Driveshaft Shop nine-inch upgrade kit. 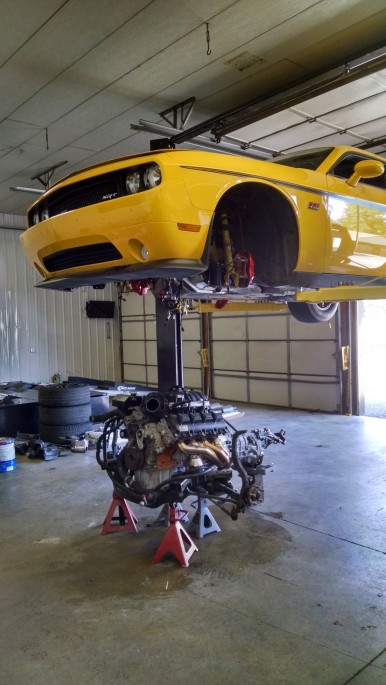 As the build progressed, Micah was careful to make sure that everything was still functional, but stealthy. All of the plumbing from the front to the back was tested, fitted and welded up to make sure that there wouldn’t be interference, heat issues, and that every addition was in place. The intercooler was fitted to the front by moving the radiator towards the engine one inch to open up a space big enough. A small portion of the steel bumper was cut away, then flanges were welded onto the intercooler and nuts were flush-welded to the bumper. With everything painted up and pretty, the nose cone goes back on the Challenger and the intercooler is perfectly out of sight. On the ground and on it’s wheels, you would never know the kind of beast that you are dealing with here. It wasn’t until the Yellow Jacket hit the water box that the true nature of the build came out: this Dodge is the right kind of violent! There is still testing and tuning going on with the Yellow Jacket, including clutch issues that allow the car to creep while disengaged and the teething issues that come from learning to drive a stick-shift car that has enough power to literally rip up asphalt, but Howie has one killer ride and Micah and the OSTDyno team should be proud of the effort that went into making the Yellow Jacket what it is. To whip this combination together in eight weeks, have the car in race trim and pushing 1,050 horsepower, and still be able to drive it around Bowling Green is a testament to their efforts.

CLICK HERE to see the full build thread on this Challenger Yellow Jacket! 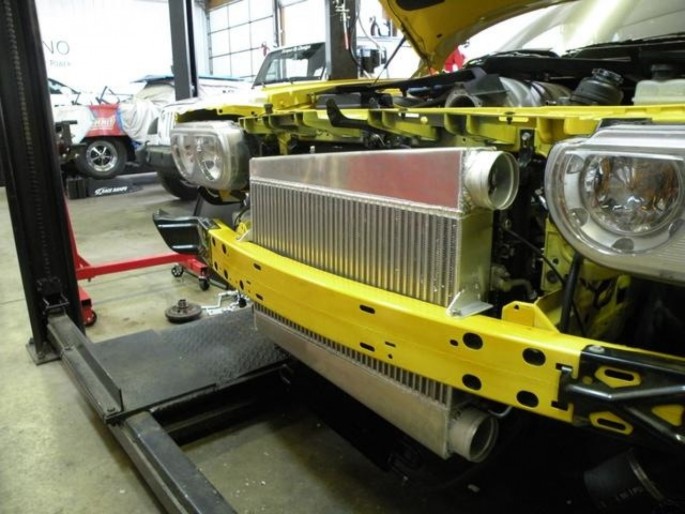 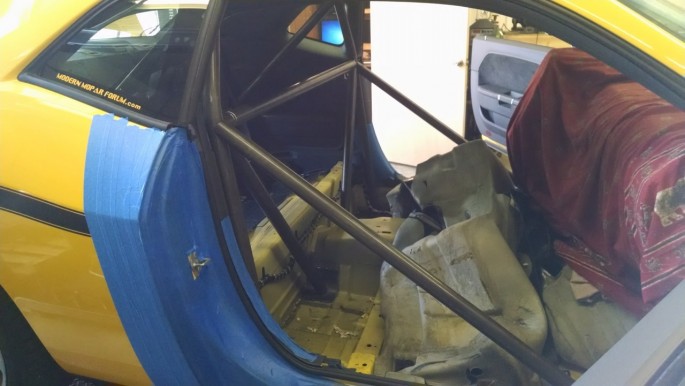 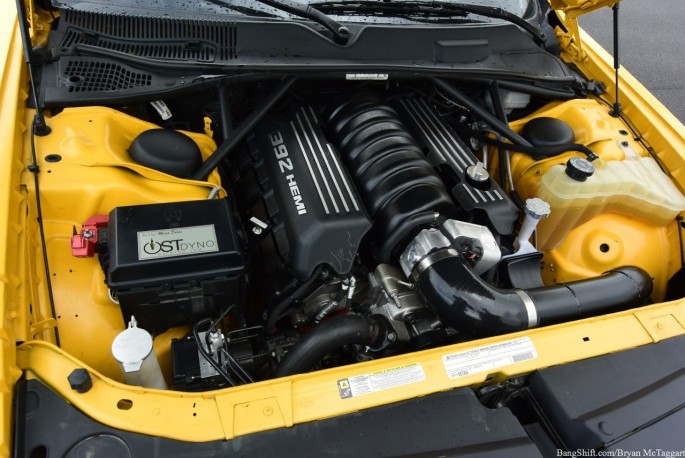 One thought on “This Dodge Challenger Yellow Jacket Looks Sedate, But This OSTDyno-Built 1,000 Horsepower Turbo Monster Can Sting You!”