The Coolest Toy Of 1972: Check Out This Vintage Ad For Hasbro Stick Shifters! 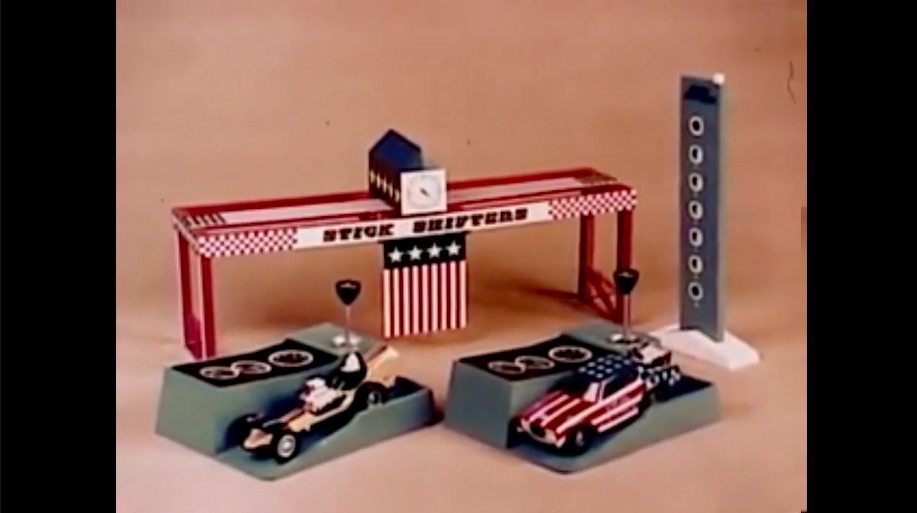 If you were a kid in 1972 and you loved cars, we’re guessing that you’d wear your parents out begging for this gem from Hasbro. Called “Stick Shifters” it was a drag racing themed toy that had a set of rollers, a four speed, and a little car that would launch, pull a wheelie, and shoot across the room. It was the kind of toy that you touched, beat on, played with, and battled your friends over. The kind of toy that doesn’t exist today by and large. At the risk of sounding downright geriatric, this is one of the problems with the connection of cars and youth in this era. Outside of a gaming console, what is it?

The ad is groove and fun, the toy looks amazing, and we’re wondering about how many of you had this deal back then and which car did you have. We’ve seen the Gremlin looking gasser deal, the wheelstander with the engine in the back, and the dragster thus far.

We bet if someone made this thing today it would sell like hotcakes.