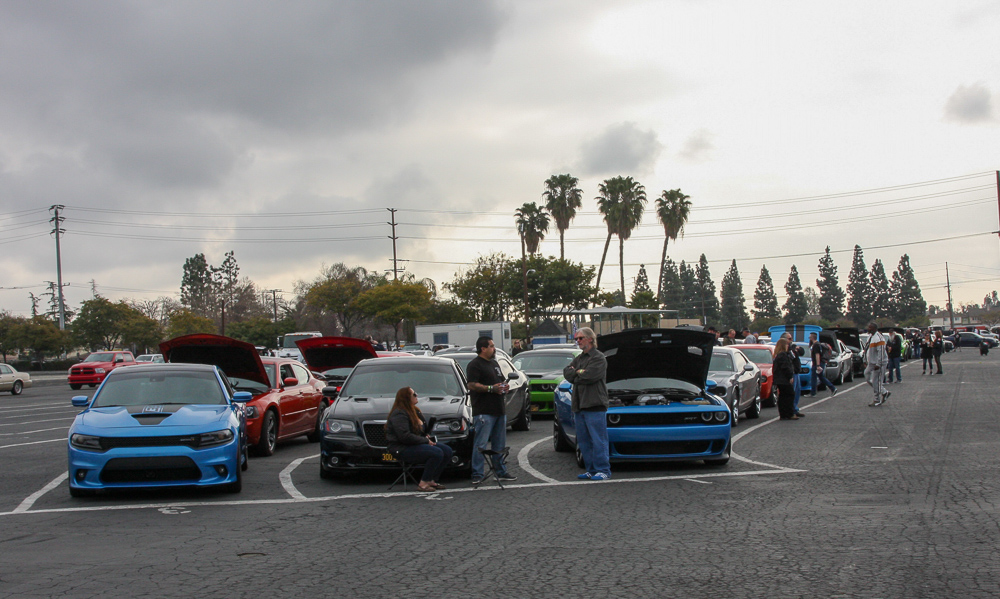 The 14th Mopar Spring Festival of LX gathered at historic Pomona Raceway over the weekend, bringing together owners of modern Dodge and Chrysler vehicles. In addition to the stately Chrysler 300 and sporty Dodge Chargers, Magnums, Challengers, Demons and Hellcats, Jeep Grand Cherokees and Dodge Durangos were all welcome. 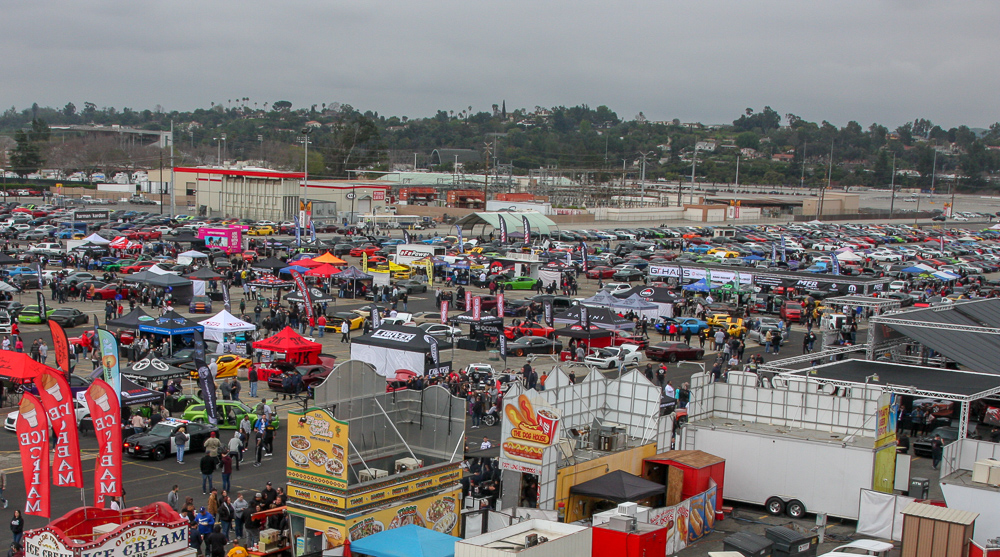 Southern California heard the call and according to event promoters grabbed the attention of 1800 plus pre-entries. Certainly the chance to race down the famed Pomona quarter mile was important to a few, but the bulk of entrants were to experience the lifestyle of today’s Mopar. 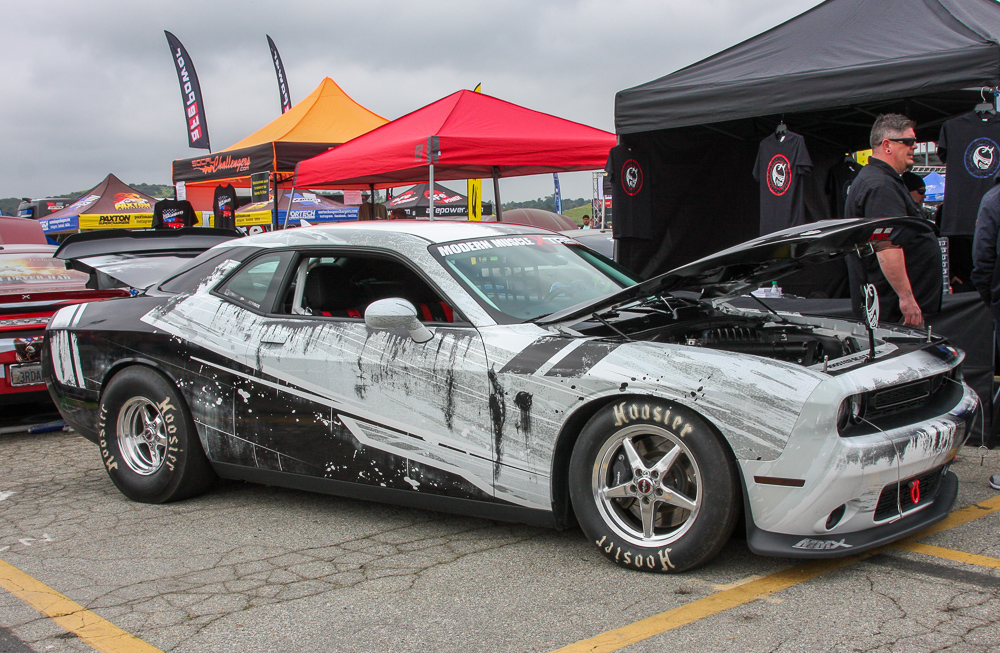 Vinyl graphics, big brakes, big wheels and tires and LED lighting and graphics were everywhere, but clearly, more than any other current automobile brand, the current Chrysler manufacturer has a direct connection to their owners. 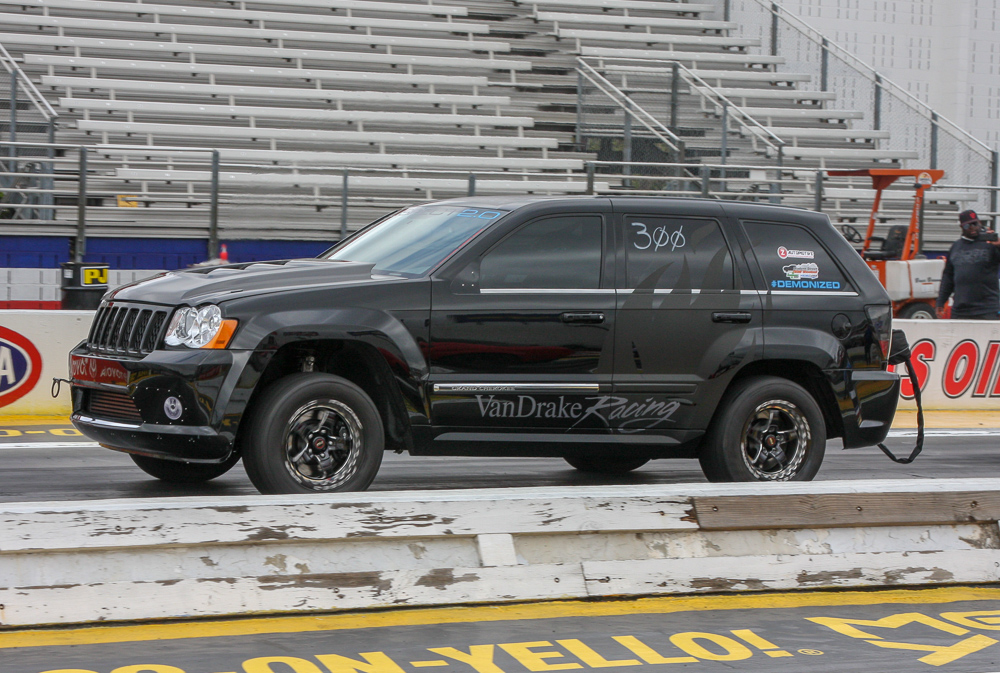 On the dragstrip, a couple of hundred 10 and 11 second street machines had a blast and the huge Pomona grandstands held a couple hundred enthusiastic and cheering Mopar fans. 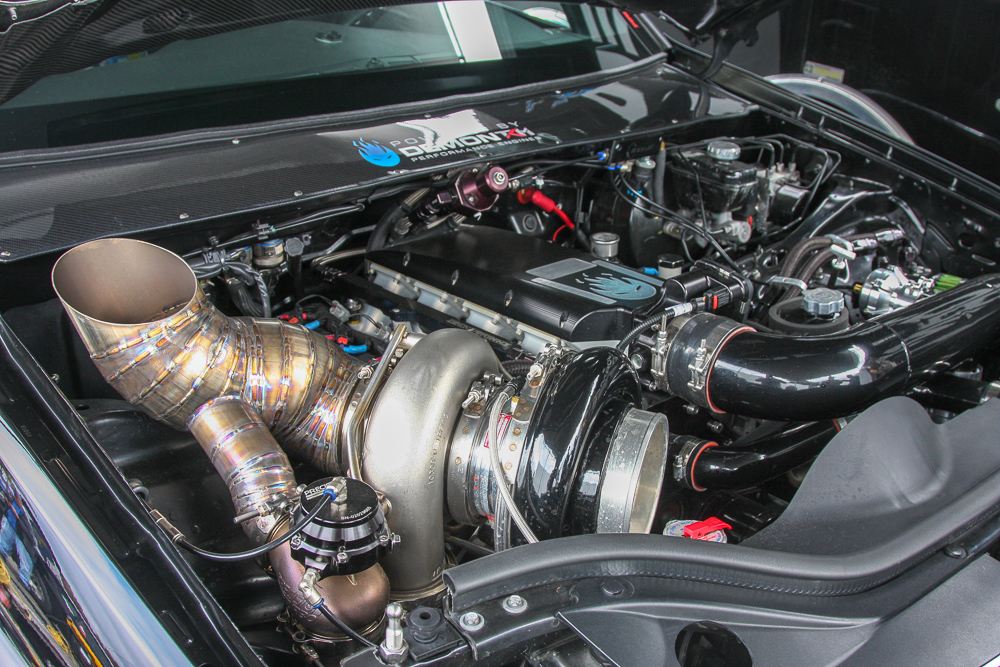 Most of those enthusiasts knew the difference when a killer, black Jeep Cherokee with a parachute, stage on what looked like a sub-9 second pass. A 94 mm turbo powers this modern Hemi, capable of running in the mid-8’s. 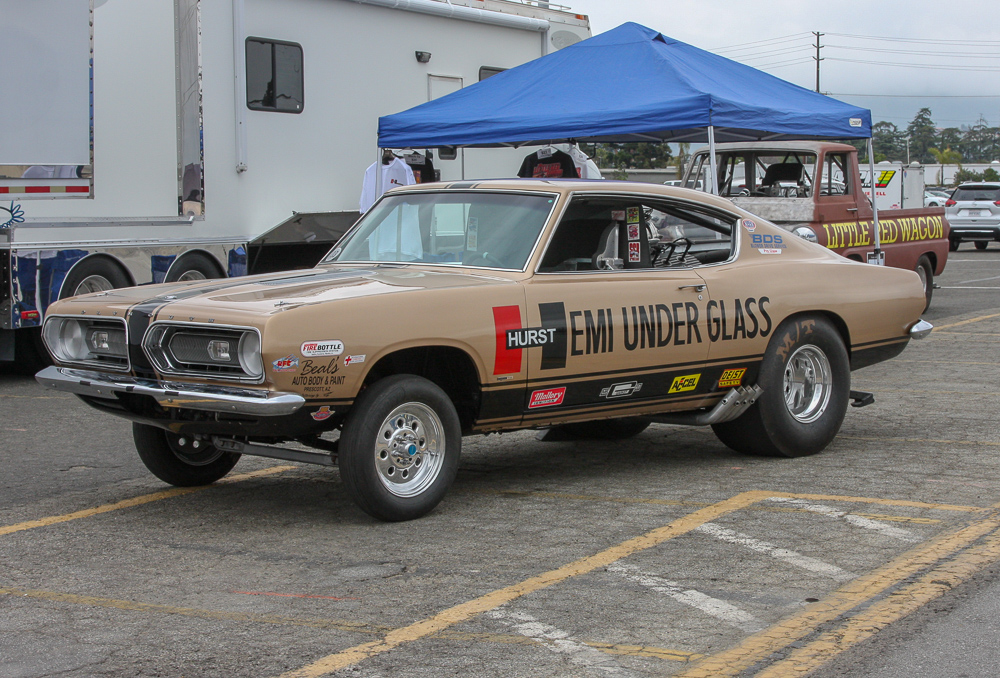 A few vintage Mopar examples from the nearby NHRA Motorsports Museum were on display as well as one of the Hurst Hemi Under Glass Barracudas and a new version of the Little Red Wagon were displayed. 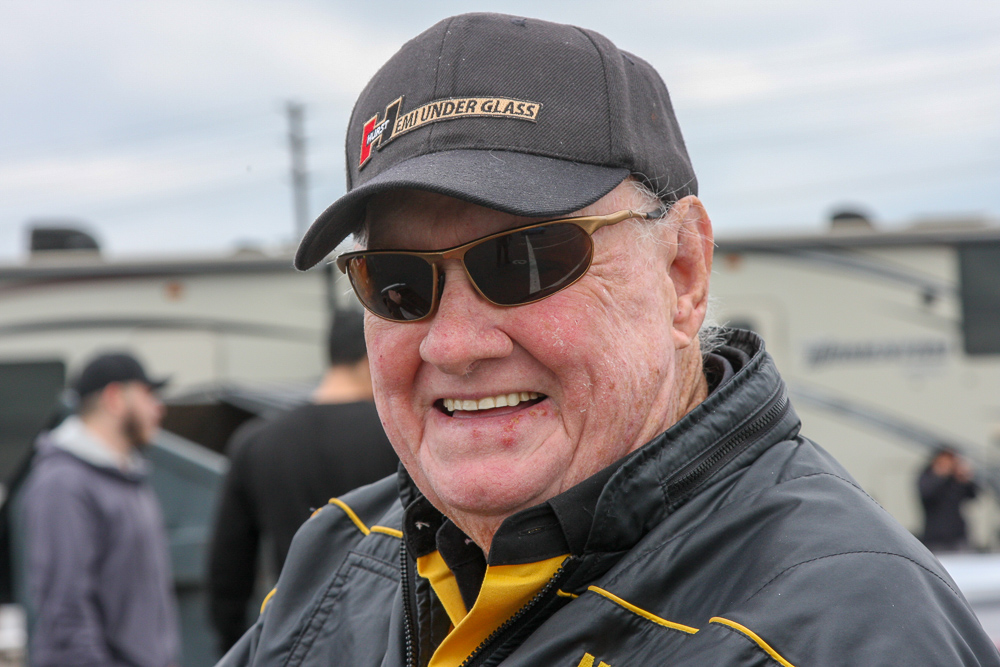 The event even brought out wheel standing pioneer Wild Bill Shrewsberry who drove one of the original Hurst wheel standers, the LA Dart and the Knotts Berry Wagon. 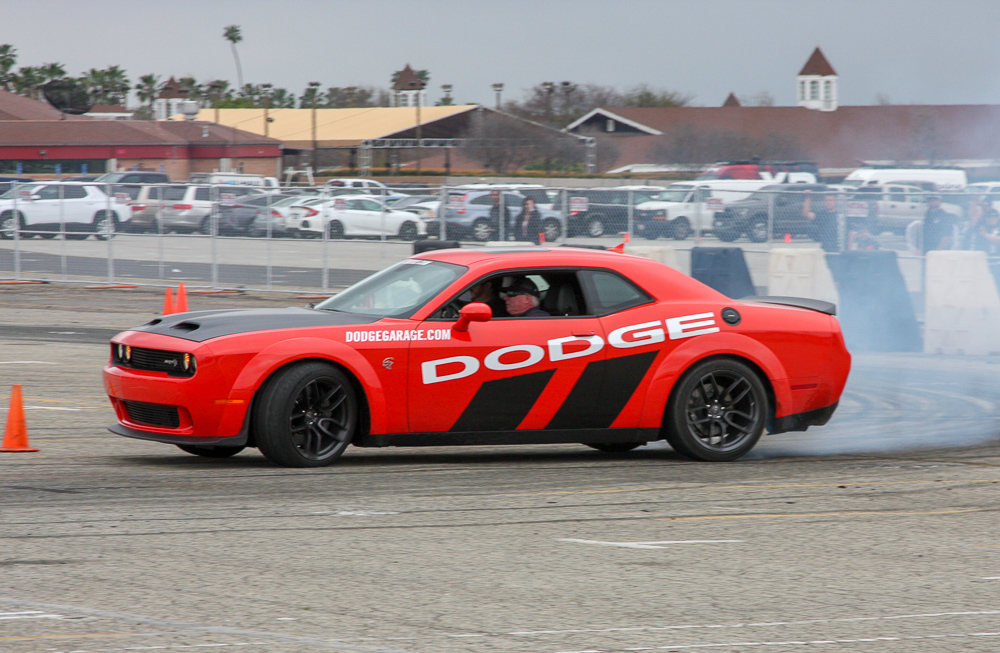 The small display of classic Mopars was dwarfed by the attention for the Dodge performance thrill ride with professional driver. The ride-along attracted block long waiting lines for the Official DodgeGarage.com show, a centerpiece of tire smoking action. 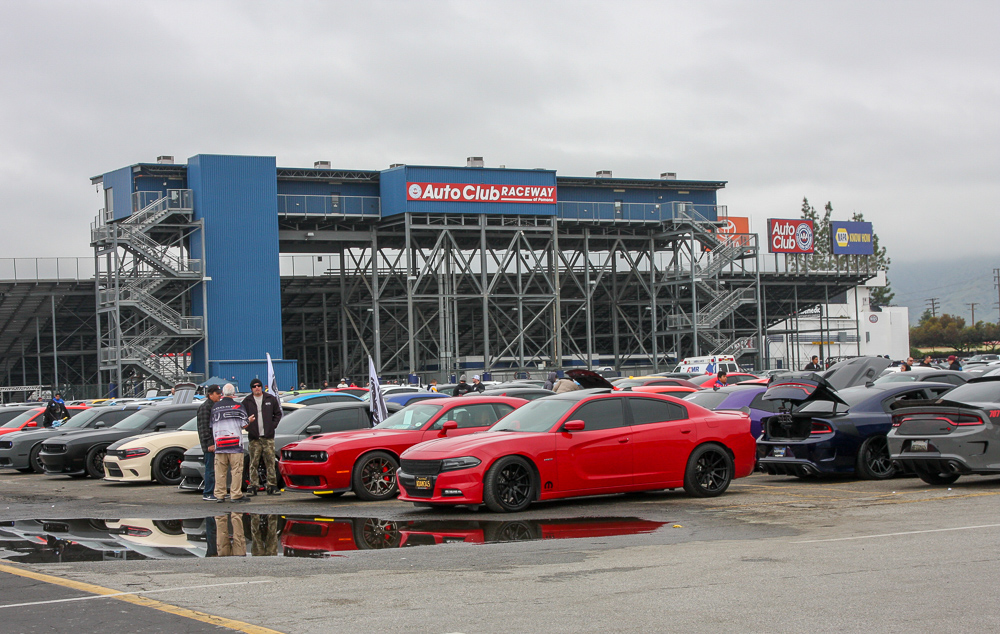 The Spring Festival of LX is great show with amazing participation; catch next year, it if you can.

The next big Mopar show on the west coast is the upcoming Matslv.com – Mopars and Muscle Cars at the Strip at Las Vegas; April 26-18, with Pony Car Wars for Mustangs, Challengers and COPO Camaros, autocross, car show, drag racing, a swap meet and another great celebration of modern and vintage muscle cars. 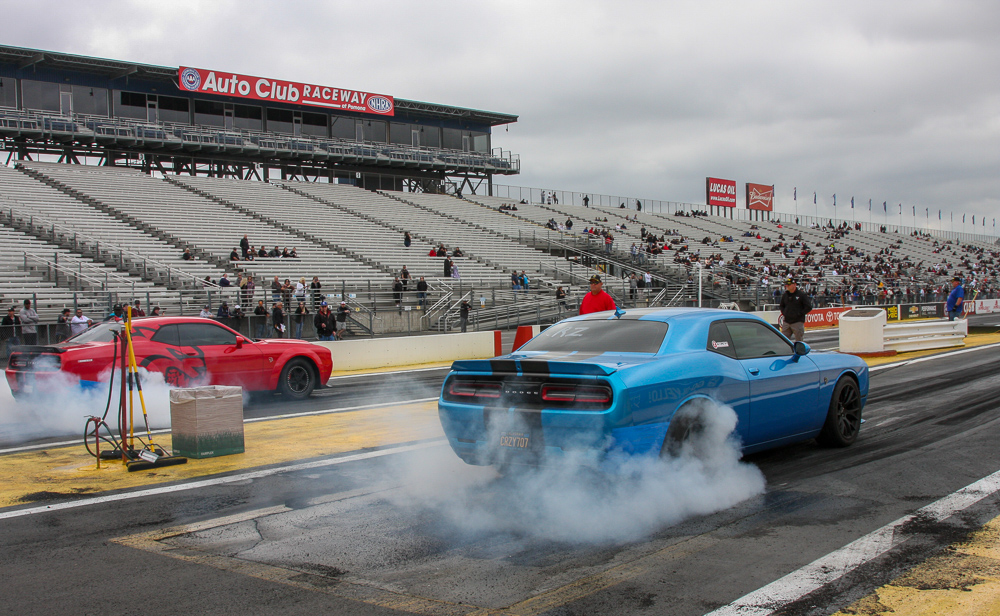 Click on the images below to expand them, then scroll on to see them all!

Final Gallery Of Fuel Cars From The 50th Amalie Oil NHRA Gatornationals! This Basic Third-Gen Camaro Is Our Kind Of Jam - All Go, No Show!