Cincinatti Cavalcade Of Customs Photo Coverage: A Collection Of All The Cool Pre ’49 Stuff! 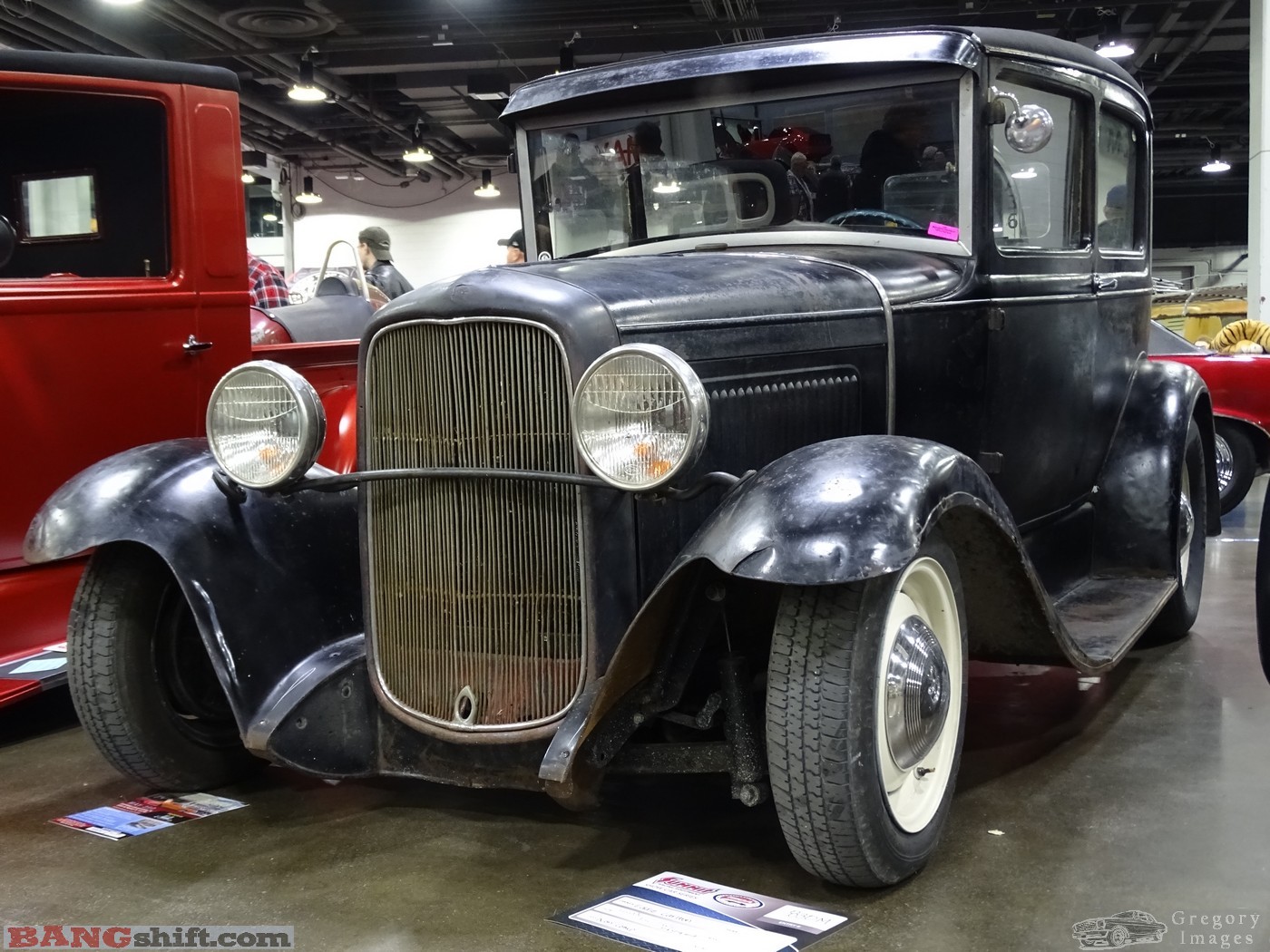 (Words and photos by Doug Gregory) – Using the designation ‘street rod’ has almost taken on a negative tone in recent years.  Images of lawn chairs, khaki pants, and new balance shoes come to mind for many when it’s mentioned.  I’m a hard core pre-49 fan (the traditional ‘street rod’ group) and do not see it this way.  Any style of custom car has these types so I don’t get the bad rap the label sometimes puts on them.  I’ll get off my soapbox now.

The first 20 or so photos are all Cincy Street Rods cars and I chose to put them together since it was an anniversary show for them and 18 of their rides were afforded space to assemble together.  This is an active group that gets out and gathers often.  We should all be so lucky to have a club like this.

I’ve noticed in the last 5 or so years a lot of folks are running Ford Y-blocks in rods and other builds.  I like trends like this where a less-often used element is incorporated into a clean build.  There are a lot of less-informed that mistake them for a small-block Chevy.  I correct some, but many I let continue on thinking that.  I figure if they ever plan to move past a finger-tip involvement in these cars they’ll pick up what they need to know along the way.  I really dug the brilliant orange metallic ’34 Ford 4dr sedan.  It just looks right with those retro wire wheels and a driver stance.

How about driving an untested and unfinished car from Northern Kentucky up the highway with no roof to display in Survivor’s Alley…?  That’s exactly what pinstriper/sign-painter/builder Bdi Bowling did and then drive it back home.  Despite some minor issues and the expected wind-chill factor the voyage went as planned driving the in-progress A-400.  The last treat I have for you in here is this exquisite blue 5-window that was reportedly driven up from Knoxville, TN.  This thing hails from the Barillaro Speed Emporium and has totally nailed the minimalist style while mostly hiding a plethora of subtle and not-so-subtle changes.  For most folks if you didn’t have an unaltered car near for reference there’d be little chance of you appreciating the massive effort involved in making a rod this right.  We had to walk carefully around it due to the puddles of drool left by appreciative onlookers.  Gosh that thing is sweet.

Okay, maybe just one more gallery and we’re through with coverage of the 2020 Autorama in Cincy.