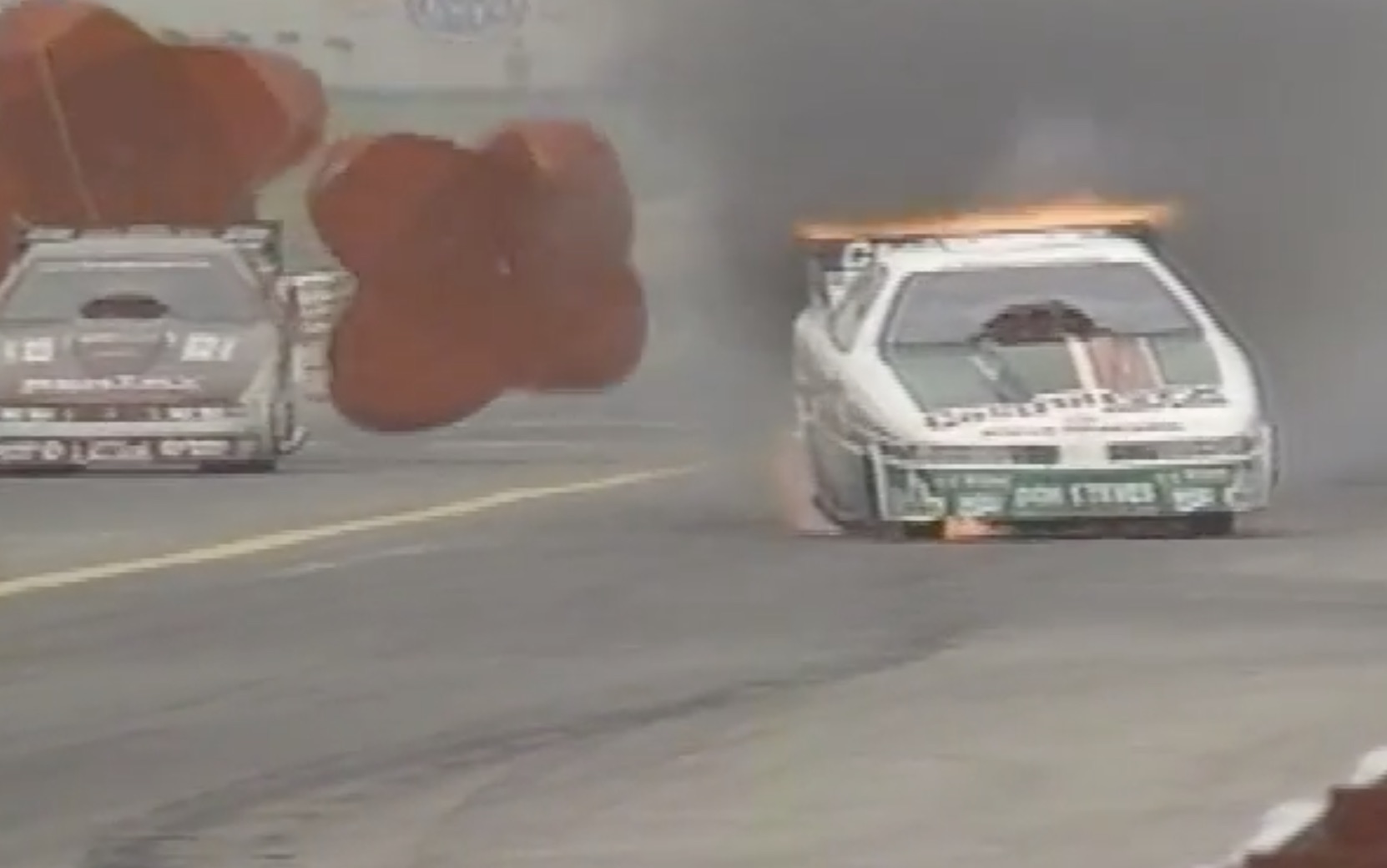 John Force is a mixture of attitude, sheer iron will, and a mouth that doesn’t understand what a leash is all about, embedded into a die-hard racer who has no trepidation about burying his foot into the throttle, even after some of the most brutal impacts seen in drag racing history…see the 2007 crash that Kenny Bernstein got tied-up in and you’ll understand where that kind of praise comes from. Force has been around the block over and over again and he’s done just about everything a driver can do in Funny Car racing. Not much is going to surprise him or shock him, and being the professional that he is, when he sees an opportunity to etch his name in deeper into minds, he’ll do it.

This footage comes from the 1990 Big Bud Shootout race at Indianapolis Raceway Park. Force is lined up against Bruce Larson in the finals, Oldsmobile for Oldsmobile. From the hit it was going to be Force’s race to lose after taking Larson on the tree, but the race wasn’t the exciting part of the scene. That came when Force’s engine expired in a fairly violent manner, leaving him slewing the Cutlass-bodied flopper while braking as much as he could, flame and smoke streaming out of the back, until the machine finally comes to rest in the sand pit. But it’s the interview that’s worth the big money here. You never know what you’re gonna get when Force is fully wound up, but his response to question #1 is an absolute gem. Enjoy!

From Rust To Righetous: Street Machine's Rustoleum Valiant Wagon Project Kicks Off! Alright, Who Did It? Who Asked The Madman To Build A Tank?

One thought on “Classic YouTube: John Force’s Mild Roast At Indy In 1990”