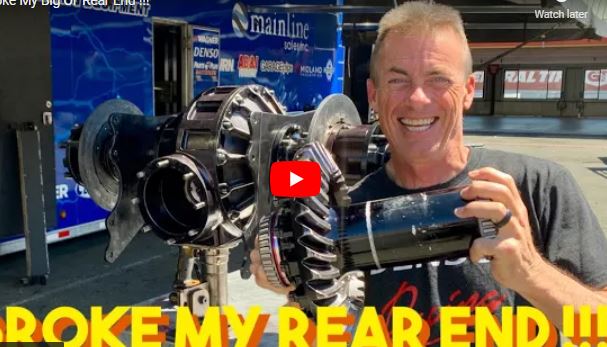 If you don’t know Clay Millican, then you are missing out on one of the nicest, funniest, and most genuine professional race car drivers on the planet. He’s the real deal, is always fun to hang out with, and he is a riot to listen to. His YouTube channel is all about his racing, his life, and fun, and he shares things that lots of Top Fuel teams would never show to anyone. This is some secretive racing folks, and yet Clay shares as much as his crew chief will allow.

In this video, he’s tore up some parts, in this case the giant ring and pinion that takes all of the power a Top Fuel car can throw at it, and they are having to rebuild the rearend. As usual, Clay is also sidetracked and showing us other fun stuff, so watch the video below and let us know what you think.

Monday after the race on the Western swing there is always lots of service work happening to get ready for the next race. We broke the pinion gear and Kaylynn and Izzy are busy repairing it. I also show you how we haul the dragster. Thanks for stopping by the channel!!! #nitro #car #racing

The Sounds Of Freedom: Watch And Listen To Every Engine Combination Sherman Tanks Used Suspension Tech Video: Watch The Install Of The New Ridetech Bolt-On Air/Coil Over Suspension For 1965-1979 Ford Trucks!