Having A Bad Day? This Compilation Of 1980s Drag Racing Wreckage And Calamity Will Set You Right

Aug 23, 2019Brian Lohnes1320 Videos, BangShift 1320, CRASH & BURN, HISTORIC, VideosComments Off on Having A Bad Day? This Compilation Of 1980s Drag Racing Wreckage And Calamity Will Set You Right 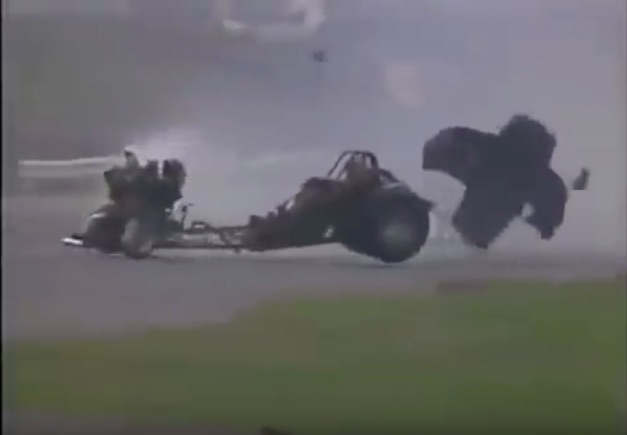 Now here’s the cure for the common bad day. Every moment of this video below is filled with someone who was having a worse day than you about 30 years ago. From Mike Dunn wrecking the Hawaiian so hard that the motor falls out of the chassis to Eddie Hill, Don Garlits, and others experiencing blow overs you will see wreckage that you know and a load of wrecks that you may have never seen before. The good news is that from the best of my knowledge every one of these drivers “walked away”. Now, some of them were checked out and cared for by medical personnel but we do not believe anyone in this film had any sort of lasting injuries following their incident.

One of the crazy ones here that we forgot about was Gary Ormsby’s wheelstand and massive crash at Brainerd years ago. Brainerd’s drag strip is the straight of the road course and as you will see, that was a very bad thing for Ormsby when this happened. His Castrol dragster went into a massive wheelstand and as he was kind of hanging the car in the air it was moving left. He landed it just in time to really hammer the rounded corner of the concrete wall that seems to have been the pit entrance for road racing. it funneled the car across the track where it suffered another massive hit. Bad deal for sure and that situation has been since corrected.

The 1980s were an awesome decade for the sport of drag racing and this video highlights some of its craziest moments. The funny car fires back then were completely mental. Sure they blow the bodies off today, but in those days? In those days they turned into rolling incinerators.

The American Powertrain Parting Shift: Rippin' and Roarin' In A 1969 Nova With A Jerico 4-Speed! Under The Radar: Mitsubishi's Forgotten AWD Turbo Terror, The Galant VR-4!