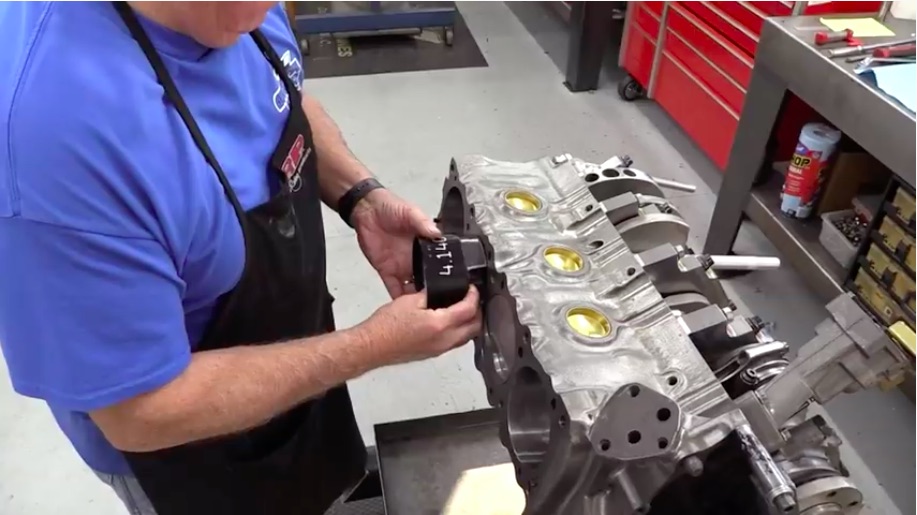 Keith Dorton and his Automotive Specialists engine building operation have been long known as some of the best in the high performance industry. Dorton’s extensive background in NASCAR racing laid the foundation for all the work he has done since. We’re talking everything from wild land speed racing engines to strong street running pieces like this one. All the engines are built with the highest level of precision and care no matter where they are ending up.

This engine started life as a bare 389 block that had no main caps. With a longer throw crank, the cubes come on up past 400 and with a thumping camshaft, Edelbrock cylinder heads, and a retro cool tri-power style intake manifold. We see the engine get built with all the details and we see the engine get dyno testes as well.

In a funny twist, this engine is not going into a Pontiac GTO but rather a 1955 Pontiac station wagon that noted hot rod builder Alan Johnson is crafting. You will notice that the block is basically polished and devoid of any cashing flash or rust. Why? It will be painted by Johnson once it’s ready to be installed into the car.

As Pontiac engines go, this is a torque making ripper. A peak of 544 lb-ft and 500 lb-ft for the duration of the dyno pull mean that this thing will be pulling like a train all the way through. Peak power is 487hp at 5,400. This is going to be a fun engine to pilot in that wagon!