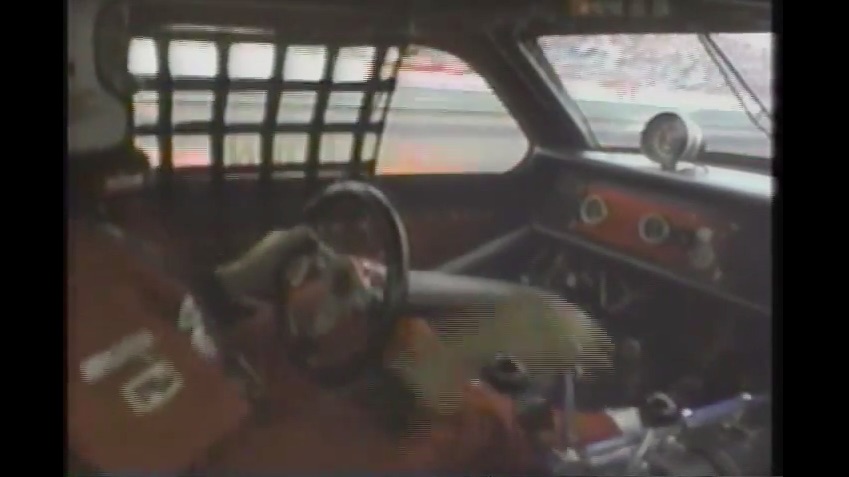 In this case we are heading back nearly 30 years to the 1988 NHRA Keystone Nationals at Maple Grove Raceway in Pennsylvania. We find Glidden in the semi-final round against Warren Johnson and there was certainly no love lost between these guys. Intense competitors and rivals, they forged some of the most memorable battles in the class through the 1980s.

Both guys are trying to make their way into the finals to face off against Jerry Eckman who had blasted his way through to the money round in the previous pair. Eckman, driving the cool and very yellow Pennzoil Firebird that carried him to many race victories was at the top end waiting to see who he’s be competing with. Is there a good choice between WJ and Glidden? We don’t really think so!

One of the things we love about watching Glidden drive is just how relaxed he seems in the car. Some of the guys look like robots in the car as the have programmed themselves to be exacting in their movements and they do not flinch a muscle that they don’t need to use. Glidden has a very relaxed look, an intense look, but not a stiff robotic look in the car.

It had to have been terrifying to race this guy for about a 15 year stretch. As you’ll see in this video, even the titans had their struggles trying to take him down.

Wild Video: Watch Gilles Villeneuve Driving Like A Man Possessed At The Argentina Grand Prix 1980 Random Car Review: The 1980 Ferrari Pinin, The Four-Door Performance Sedan That Never Had A Prayer