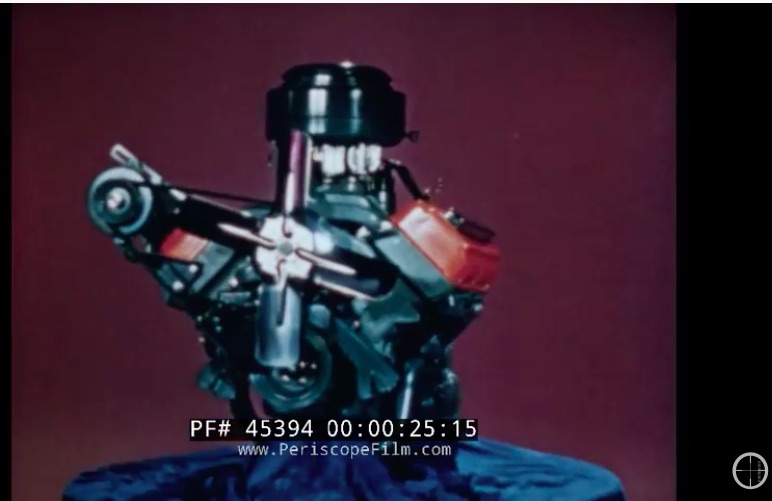 It was an engine that would change the face of American hot rodding, but like all new engines debuted by a manufacturer, it was at first a mechanical ox, yoked to factory metal. Like all new stuff that a car company rolls out, the sales pitch is vital to get people excited about it. Back in the 1950s when the country was much more mechanically adept and knowledgeable, a company could make a video like this talking about combustion chambers, thermal efficiency, and the basic principles of how the engine was superior to other stuff on the market. This baby made 140hp out of the box, which was a big number for its time. Hot rodders had to have been salivating from jump street on this sucker.

The little Red Ram hemi was nothing like the mighty Gen II engine that would follow it up in the 1960s but it provided motorsports, especially drag racing with a robust, seemingly indestructible platform to make big power with. We don’t know who the first person was to take one of these engines and really pour the liquid coals (nitromethane) to it but that guy must have felt like Archimedes in the tub after he got it figured out.

Whether is it volumetric efficiency, free flowing exhaust manifolds, or the basic principles why that sawed in half grapefruit of a combustion chamber is so bad ass, this video takes us from top to bottom through what was an engine built in hot rodding heaven.

Head Games: When You Are Making 2,000hp Out Of A Mechanically Injected Cummins Diesel, You Break All The Stuff The Future Of Yesterday: Get A Closer Look At A 1975 CitiCar!

One thought on “Hemi History: This Debut Video Featuring The Red Ram Hemi Is Awesome”