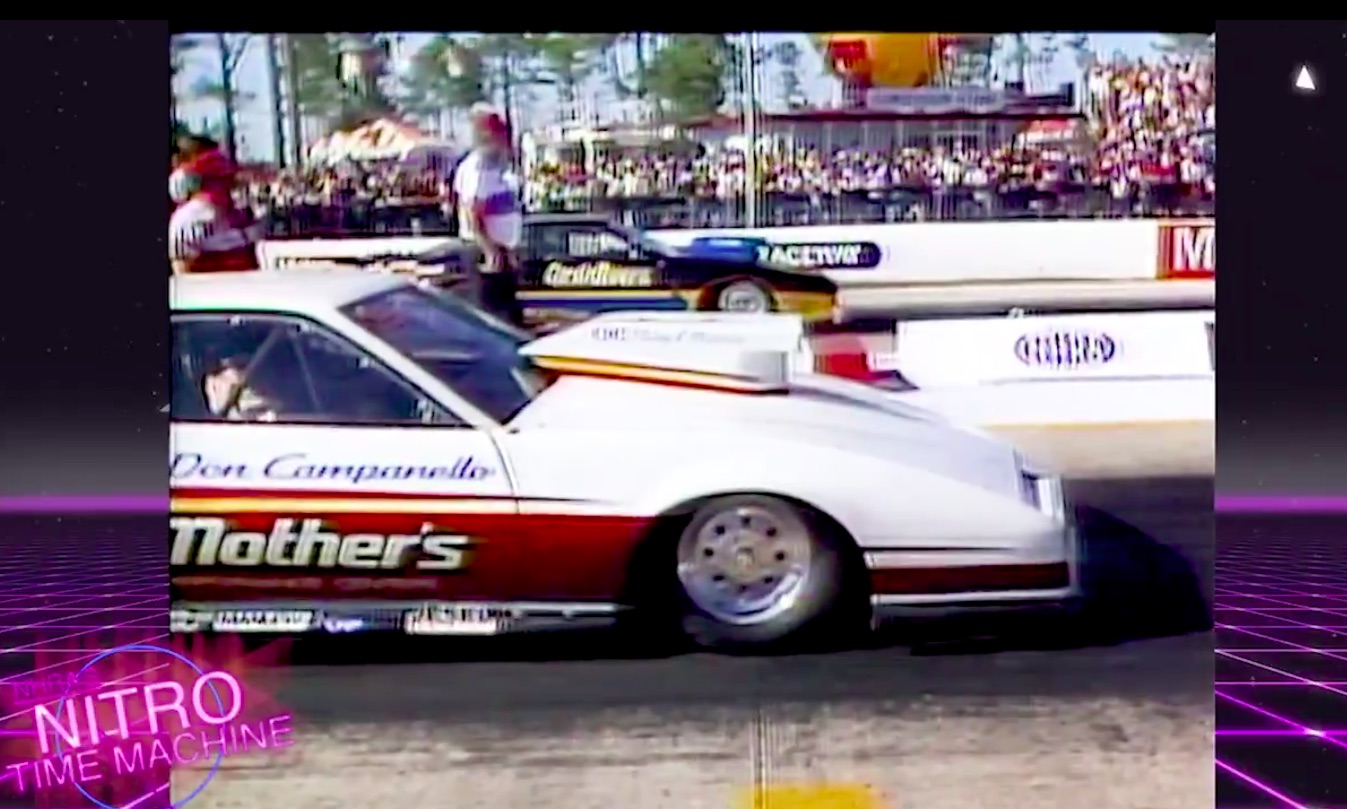 Don Campanello was a 1980s pro stock racer from New Jersey who was a stalwart on the tour, especially for the eastern parts of it. He was not a guy who necessarily had the raw horsepower of someone like Glidden or Johnson and he didn’t have the flash and dash of an Alderman or Leal, but he had a good car, decent engines, and when he qualified a 1 in 16 shot of winning whatever race he was at. In this case it was the 1986 NHRA Gatornationals, one of the single greatest NHRA races ever held. It was the same weekend that Garlits broke 270 and the funny cars flew as well.

Campanello had one previous career final before this event, the 1984 NHRA Southern Nationals in Atlanta. He lost that final and things were looking pretty grim for him at Gainesville in 1986. Why? He and his team had to make multiple engine swaps, he only made one qualifying pass, and frankly it was such a disaster that Campanello had told his team to pack the trailer up on Saturday because they are leaving.

The crew guys talked him out of it and the result was him slapping around some of the best pro stock racers of the era and making the kind of magic that keeps drag racing so exciting whether it is at an NHRA national event or an event at your home track.

Press play below to see this awesome look back at the 1986 NHRA Gators!

Pro Touring Vs Germany: A Killer 1966 Mustang Takes On A Porsche 911 Turbo S At The Streets Of Willow! Astonishing Carnage: Watch As The Industrial Injection Master Shredder Truck Explodes In Flaming Fury