Historic Video: Don Garlits’ Other Blow Over Came Out Of Nowhere In Spokane, Washington Circa 1987 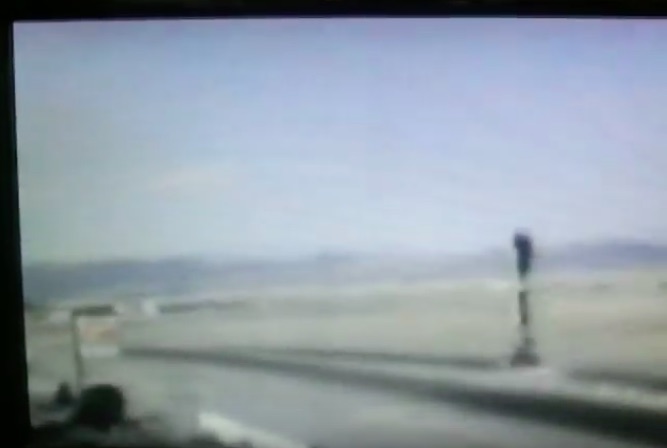 It was June 12th 1986 when Don Garlits first experienced a top fuel blow over. That iconic moment and the images/videos that flowed from it are well documented in the annals of drag racing. Far fewer people remember, or have ever seen the blow over that he suffered the following year in Spokane, Washington. The car that Garlits flipped in New Jersey was Swamp Rat XXX and the reasons for that blow over are different than the one he had in Spokane. The E-town incident happened after a fairly protracted staging process where more fuel was burned than planned and a light nose on the car combined with big downforce from the rear wing, sent the machine into a majesties pirouette routine that they’re still talking about today. In Spokane, the action was far scarier.

After debuting Swamp Rat 31 in Brainerd, Minnesota the week previous, Don Garlits and crewman Mark Buchanan went to Orville Moe’s ADRA event in Spokane, Washington hoping to build on the successful runs they had made in Minnesota as they continued to figure out this new car. As you will see in the video below, things did not go according to plan.

On a single pass, Garlits roars down the track and gets past the eighth mile when the nose comes up, seemingly hovers from a minute, and unlike the Englishtown wreck, the car goes straight over backwards and gets completely destroyed. Garlits walked away from the incident and in an odd twist, did not rebuilt Swamp Rat 31. Instead he send the destroyed hulk of the car around with the World of Wheels series for years showing off how well the thing held up to all the destructive forces working to harm him.

Garlits has never given his theory as to why this happened on the first run in Spokane but the consequences would prove to be even larger than anyone could have imaged. Because he needed to build a new car for upcoming races, he and his small band of guys, including crew chief Herb Parks hot footed back to Florida. While home, Parks went to DeSoto Raceway, now known as Bradenton Motorsports Park to help Rocky Epperly with his top fuel dragster. In a freak accident Parks was run over and killed while Epperly was backing up his car after a burnout. He likely would have never been there had the wreck not occurred.

You can still see the remains of Swamp Rat 31 at the Don Garlits Museum of Drag Racing in Ocala, Florida.

Press play below to see Don Garlits suffer a blow over in Spokane, circa 1987

Into The Mind Of The Master: This Look Back On Smokey Yunick Is Awesome! Watch This Mini Unlimited Tractor Suffer A Wild Hook And A Grinding Stop In Europe

One thought on “Historic Video: Don Garlits’ Other Blow Over Came Out Of Nowhere In Spokane, Washington Circa 1987”