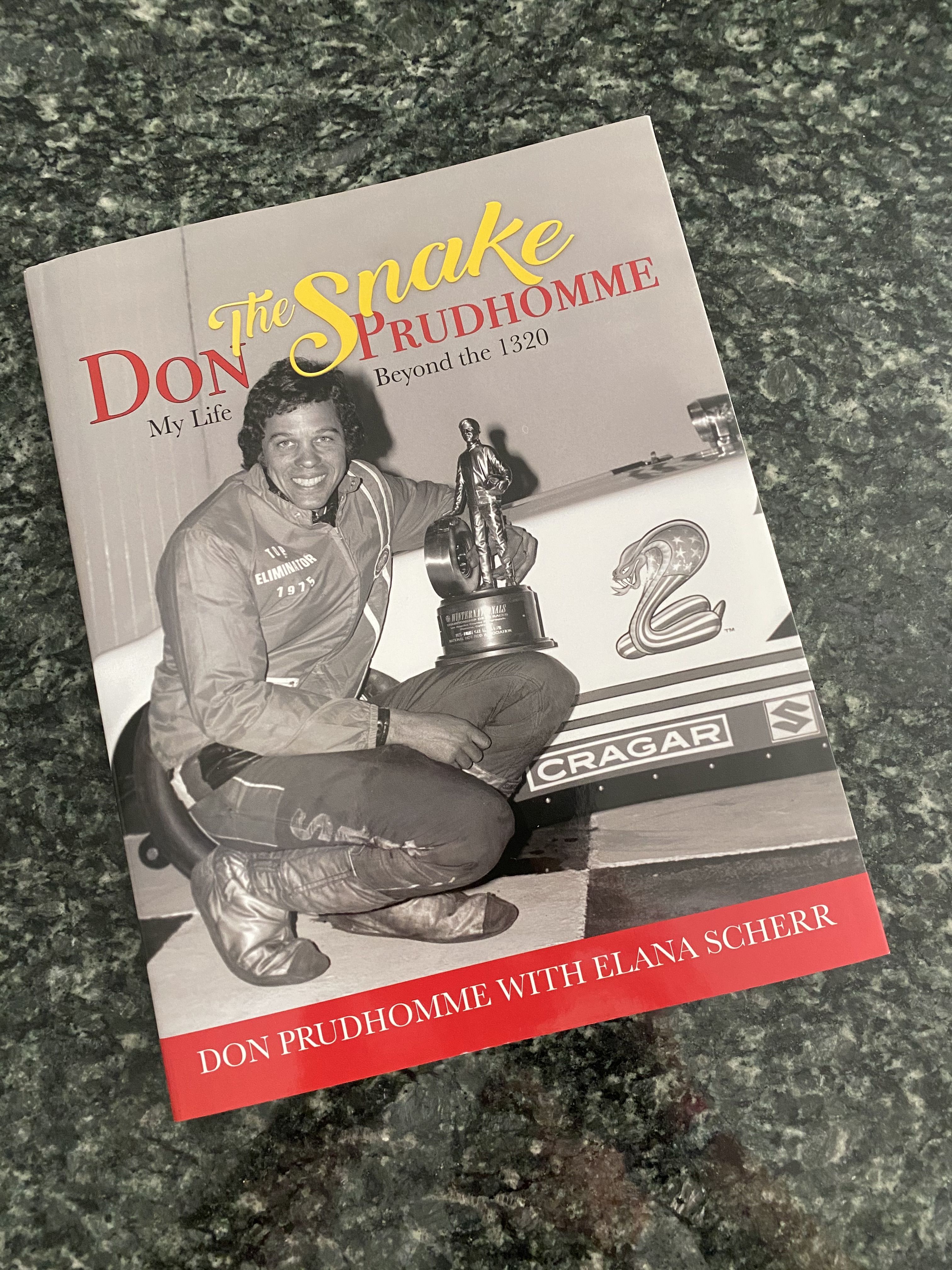 When it was announced that Elana Scherr and Don Prudhomme were working on a book a couple of years ago, many of us immediately knew that the end result would be great. Between Prudhomme’s penchant for great story telling and Scherr’s ability to record, report, and probe the depths of those stories, surely we would not be left with some flimsy document that was a glorified stat sheet from the man’s career, right? We’d have to learn something about what made him tick, his faults, his glories, his regrets, his mistakes, his background, and how he came to actually and literally dominate the sport of drag racing, right? The answer is yes.

Having read more drag racing books than the average bear over the last 40 years of my life, I will tell you that this one is top three and is required, absolutely required reading for anyone with even a passing interest in this man’s life. 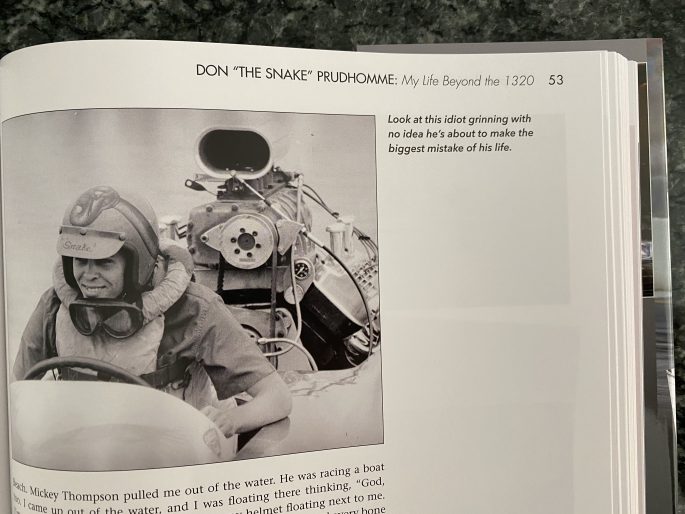 Laid out in a large style that allows for brilliant photos as well as consumable entrees of text, the book is effectively delivered largely in the first person with some brilliant setups to lead us through what I’d deem bridging sections. These sections give the context about what’s to come. This is about a man and what drove him to glory and then what kept him there. This is about a man who was black and wasn’t quite sure what the hell to do about it during a time in American history when he was driving around the country with an Asian guy (Roland Leong) and kicking everyone’s ass.

I’d argue that very few people have ever known the things about Don Prudhomme that are discussed in this book. His childhood was a shambles. The stories of his brother Monette, him trying to figure out, let alone embrace his identity, and later his relationships with his wife Lynn, racers like Tom McEwen, and his climb up the business ranks of motorsports. 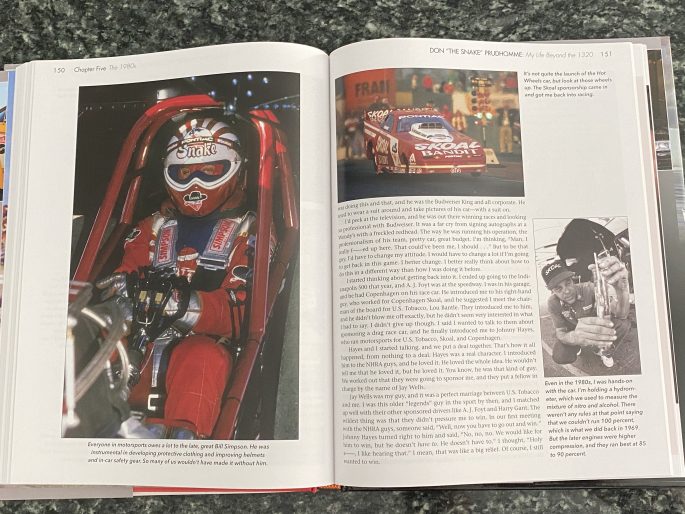 This is not a book of hero worship. If anything it is as raw and honest an account of anyone’s life as you will ever read. The language is strong at times with plenty of textually bleeped out swear words. It’s how the man speaks. The whole thing is very real. 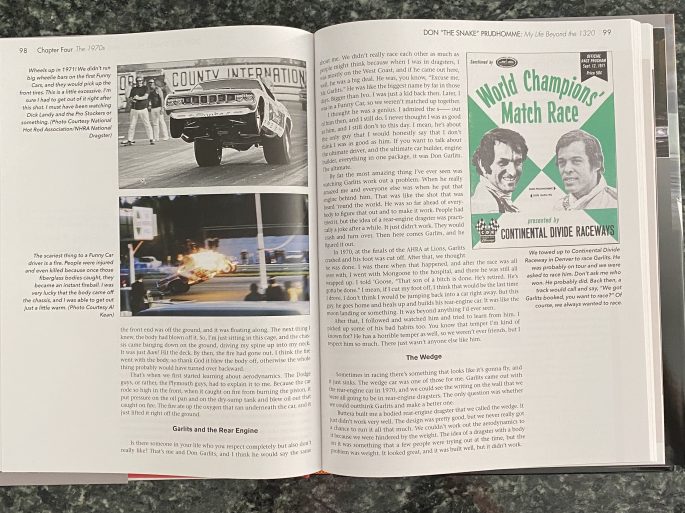 Beyond drag racing material, this is a fantastically prepared book. So many times the photos and images that are found in this tomes are retreaded from 100 different places. There are some familiar images on these pages but by and large you are going to see things and read about things you have never heard about before. That being said, the stuff you HAVE heard about before will be delivered in such color and depth, you’ll be more informed than you’ve ever been on the subject.

The book is $42.95 and is available at CarTechBooks.com, Amazon.com, and everywhere else fine books are sold. 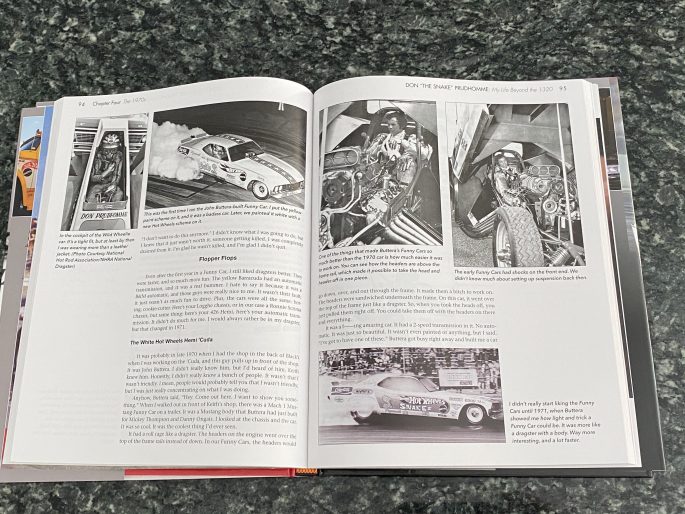 Morning Symphony: The Camshaft Song, Starring This Chevrolet Opala! The New Jeep Wagoneer and Grand Wagoneer Are On The Way - Luxury SUVs To Compete With The World