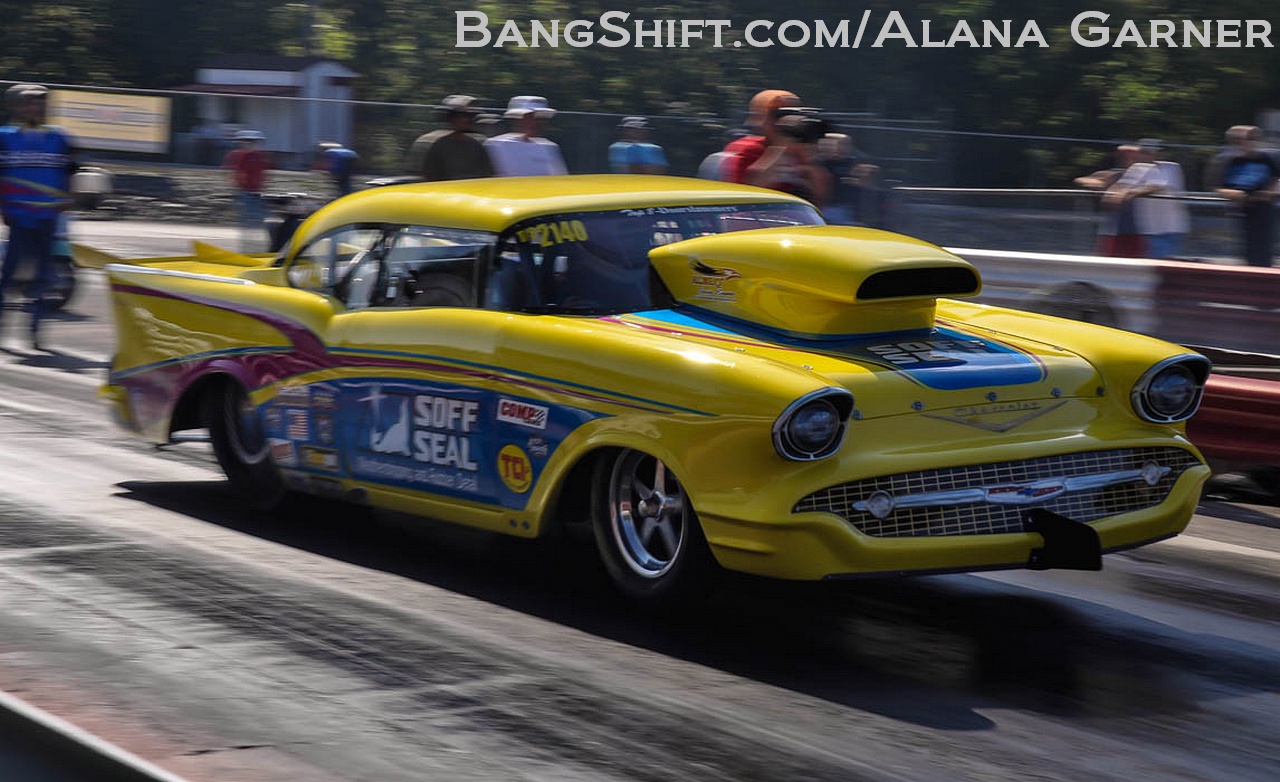 (Photos by Alana Garner) – Your eyes are not fooling you, that really is the former “World’s Fastest ’57 Chevy” that Robbie Vandergriff terrorized the top sportsman and early pro mod ranks with through the late 1980s and into the early 1990s. The car was one of the most famous door slammers on the planet during its day and is now owned and run by the Sellers Motorsports team. We’re stoked that they left it looking like its glory days the way Vandergriff and Gary Anderson had it. That car was match racing the equally as evil Shim-a-Ditty 1957 Chevy as the centerpiece of a cool event called the Drag Bash that’s held yearly at Knoxville Dragway.

There was all kinds of cool stuff from hot rods with turbo LS engines in them to wheelstanding fourth generation Camaros and muscle cars. The weather looked beautiful and Knoxville Dragway has an awesome “hometown track” feel to it. We think that environment really contributes to an event. When races like this are held in big canyon-like “super tracks” they lose their fun vibe. Alana Garner was on the scene to shoot the photos. She hit the track, the pits, and the staging lanes to give us a great look at what was going on during the 2013 Knoxville Dragway Drag Bash!

HIT THE LINK BELOW TO SEE ALL OF ALANA’S PHOTOS! 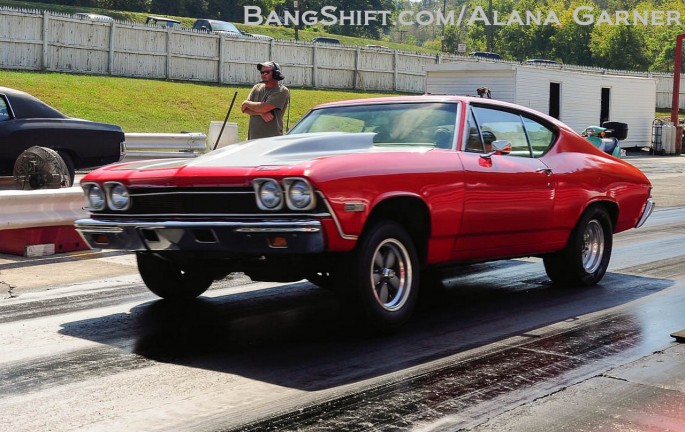 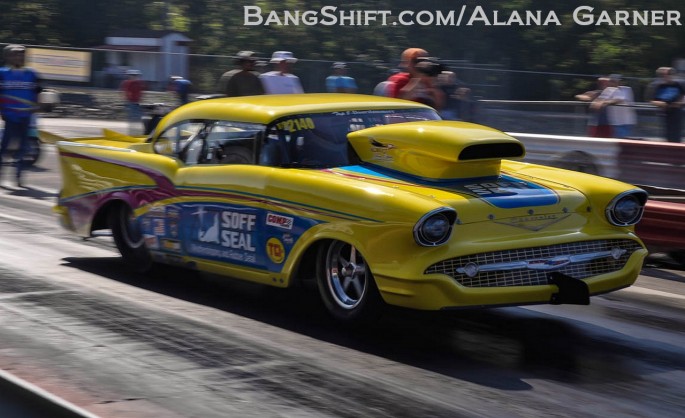