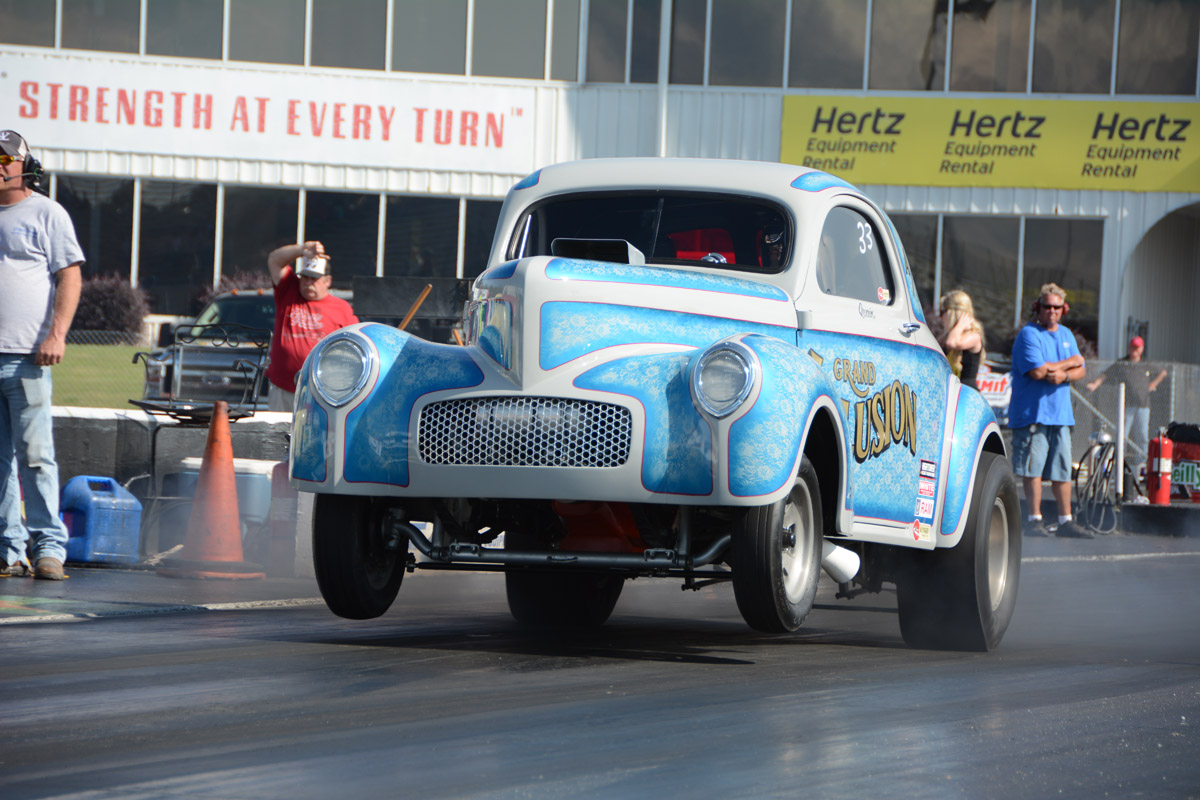 (Words and photos by Tommy Lee Byrd) – Last week, we shared a gallery of photos from Tommy Lee Byrd, as he ventured to a historic drag strip in Georgia. This week, it’s another Georgia drag strip, but it’s quite a bit different than last week’s venue. Atlanta Dragway in Commerce, Georgia hosted the Atlanta $10,000 Nostalgia Drag Race, which is a tribute to the big money races held at Atlanta Speed Shop Dragway in the ‘60s.

Though the Atlanta Speed Shop Dragway is now a neighborhood street (in Covington, Georgia), it left behind quite a legacy after its doors closed in 1991. Owners of Atlanta Speed Shop, Julius Hughes and family, revived this wildly popular event in 2012, and now it’s one of the premier nostalgia drag racing events in the Southeast.

We dropped by for a quick visit, but saw lots of action. The day started out a bit soggy, but by lunch time, the track was up and running. Along with the nostalgia action, Atlanta Dragway also had a regular bracket program running, so there was a wide variety of cars running down the track. The pits were packed with killer stuff, including Hubert Platt’s “The Georgia Shaker”, an altered wheelbase Ford Falcon, which is a true survivor. The wild-looking, FE-powered Falcon raced across the country, but made its mark in the state of Georgia, including hundreds of runs at Atlanta Speed Shop Dragway.

Check out the link to see Tommy Lee Byrd’s photo gallery from the Atlanta $10,000!

BONUS VIDEO! Check out the video of Josh Flammer warming up his Chassis Research dragster before the race!
Help RideTech Pass 150,000 Facebook Fans And Get Entered To Win Free Shocks! A Couple Clicks And You Are In! Stay Out Of The Blue Water: Tanker Truck Spills Portable Toilet Water All Over Interstate After Rolling Over

One thought on “Drag Gallery: The Atlanta $10,000 Nostalgia Race is Packed with Cool Drag Racing Heritage”