Drag Gallery: The Last Drag Race At Lancaster Dragway – A Night Of Bittersweet Celebration – Does The Track Have A Future?

Sep 30, 2014Brian Lohnes1320 Event Coverage, 1320 Gallery, BangShift 1320Comments Off on Drag Gallery: The Last Drag Race At Lancaster Dragway – A Night Of Bittersweet Celebration – Does The Track Have A Future? 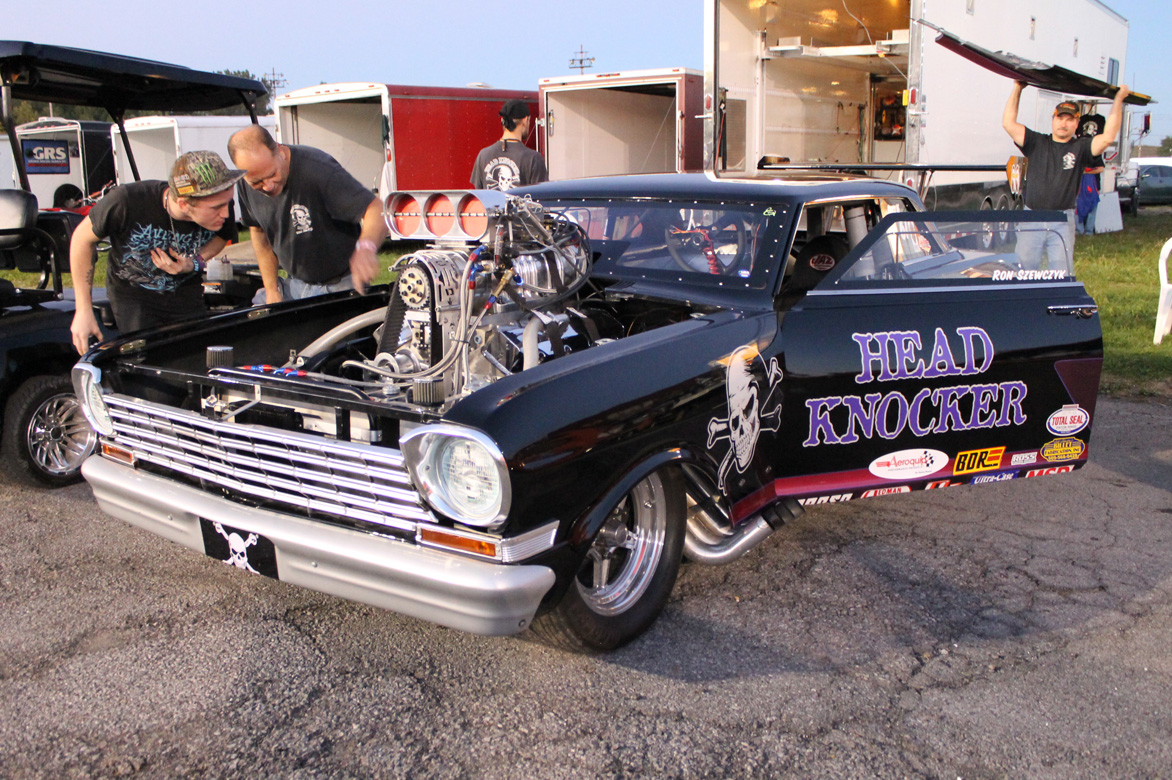 (Photos by Mike Brooks) – We’ve been reporting on the fact that Lancaster Speedway is for sale since we first heard about it and a couple weeks back we published Rob Kozak’s awesome history of the facility that’s located outside of Buffalo. We’ve also reported on the uncertainty that lies ahead for the historic eighth mile track. Due to that uncertainty, the aforementioned Kozak decided to take the bull by the horns and organize a “last drag race” at the facility that has seen some of the biggest names in the sport assault its surface. No one knows for sure if it is the last race, but regardless of that it was an awesome gathering that we were there to see because Mike Brooks was banging away with his camera all night.

This event brought out some of the legends that have competed at the track over the years. You’ll see some of the cars that people know the track by. The Fletchers were there, the stretchy truck was there, and we’re sure that lots of racers who have gone to the big strip in the sky were there in spirit also. To give you an idea about how dedicated Kozak was to this cause, the guy was physically at the track cleaning the suites that he had gotten sponsored himself because they needed a sprucing up before event sponsors and guests arrived. Lots of people like to run their gums about things like this but Rob Kozak put a plan into action, riled up support, and saw it through to the end. The race drew lots of spectators and as we mentioned, the car count and quality looks to have been great. Mike Books had a blast shooting the event and we’re glad to have a record of it here on BangShift.

Here’s what Mike had to say about the race:

Elegant Builder’s Raceway Park in Lancaster, NY was packed last Friday night. The event was dubbed “The Last Drags” due to the existing lease on the track expiring very soon and only rumors of the track’s sale bringing hopes of 2015 season. The event brought 277 cars out for competition and tons of spectators where all over the pits and grandstands. (Stretchy truck made a homecoming appearance too..)There was a lot of action to take in with all the cars, bikes, and sleds running in various classes. A high point of excitement came when a Mustang tried to touch the moon with the front bumper, the massive wheelstand turned the car on it’s lid and the car crossed the finish line with the rubber up. The driver made it out okay, but there is along list of parts and equipment to replace starting with the driver’s britches.

The Buffalo Superchargers also put on a great show with their assortment of badass cars and backup girls. With so many cars, the event came to a close after only 3 rounds of racing. Lancaster’s finest showed up around 1:30 am to bring the noise to a stop. Even with the fun police putting an early end to the action, the event was a success, with many high hopes and good vibes for the future of the track. The general consensus looks promising and I, for one hope the rumors are true. I live just 55 miles away from the track and consider it home. I have many great memories of the little gem in Lancaster, and have forged many friendships there. The place has deep roots here in Western New York and events like this show the true potential of what the facility could someday be. 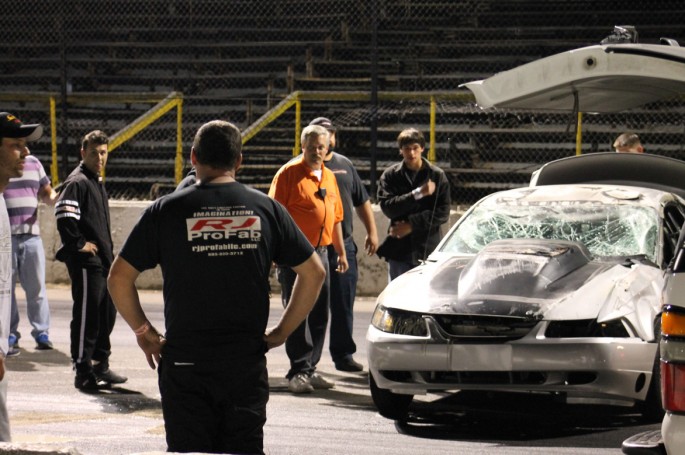 Video Of The 2015 Corvette Z06 Testing On The 'Ring! This Looks Like One Mean Supercar Slayer (UPDATE: It Crashed, Too) ECTA Ohio Mile Coverage: Our Second Blast Of Photos From The Final Meet Of The 2014 Season