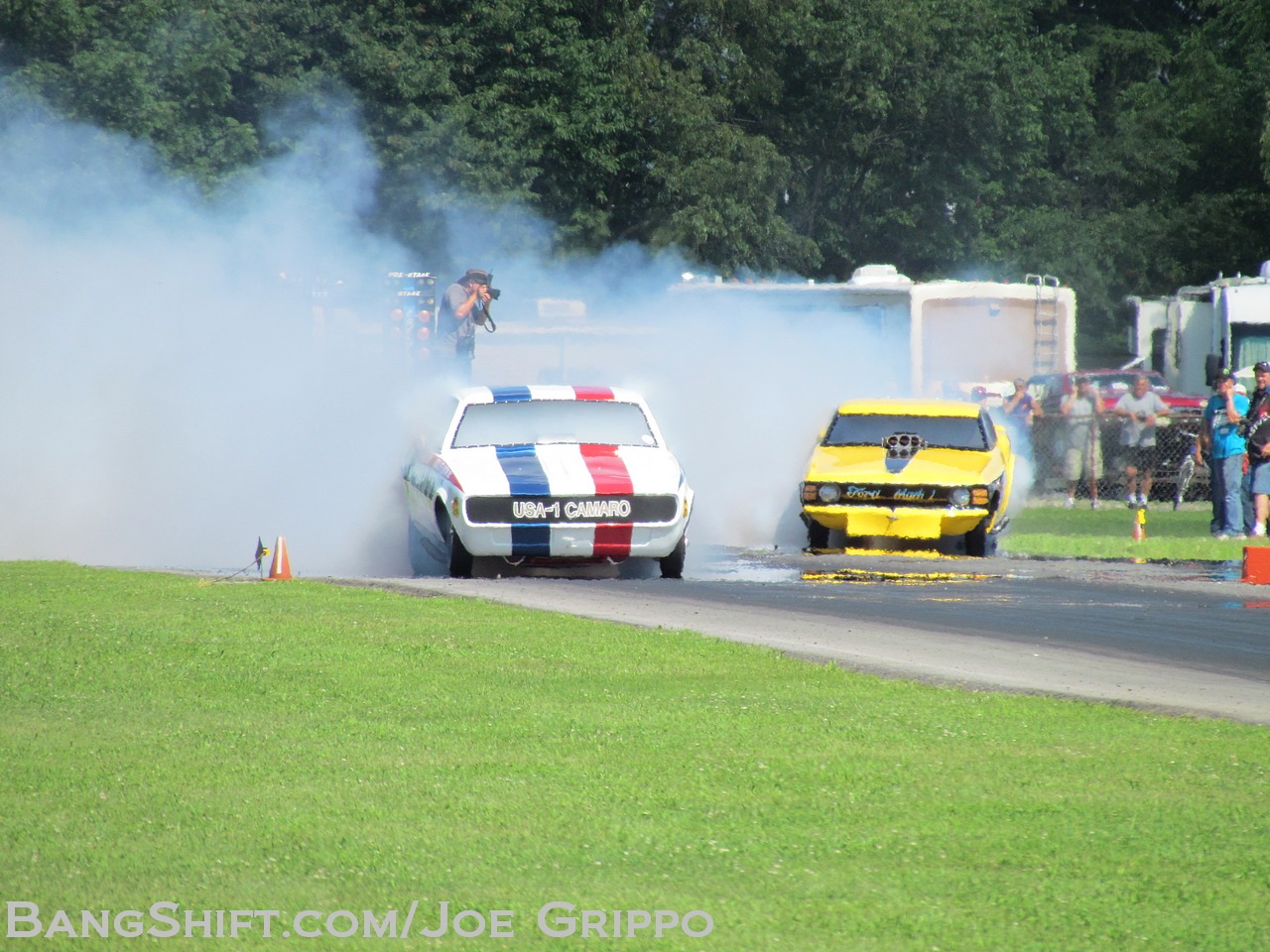 (Words and photos by Joe Grippo) – The Muscle Car Madness and York US30 Reunion was a primarily a static display of racing and muscle hardware and after two days of hanging around all those parked and silent machines it was time to make some smoke and thunder. So at the crack of dawn on Sunday my brother Dan and I hit the Pennsylvania Turnpike heading west and hung a right at Harrisburg and headed north for Beaver Springs Dragway. The Beaver is a quaint little dragstrip tucked away in the hills of Beaver County, Pa, almost in the dead center of the state. It is an old school, clean and well run race place that hosts the Nostalgia Nationals which for the 10th year is race portion of the York Weekend. Lots of cars from the show made the trek to the Beaver for a sweltering Sunday of Beaver Bob McCardle’s brand of fun. A side note…I was wearing two hats this day and one was a helmet as I was racing and shooting photos between rounds (in the interest of fair reporting, I broke out second round). I was able to snag some action shots from down around the 1000ft mark which was where our pit spot was located. Unfortunately, though I completely missed the car show on the other side of the pits.

There was Nitro in the house with a two round Funny Car Match Race between Bruce Larson with his new WORM built USA-1 Camaro and the killer new Frantic Ford Mustang capably shoed by Rocky Pirrone. Both floppers had a healthy load of nitro as they smoked out the crowd with wild, crossed-up burn-outs while back up girls in go-go boots brought them back into their tracks and then hit a few dry hops for good measure. At the flash of green both cars were hooked up and gone, hammering well past the 1/8 mile before dumping the chutes and bouncing through the shutdown area! An excellent show from two period correct appearing class act teams.

Nostalgia Super Stockers had a huge field as usual plus a solid showing of wheelstanding East Coast Gassers kept the doorslammer fans happy all day. The rest of us filled up Nostalgia E/T and Nostalgia Street eliminators for a loose, fun, albeit HOT, day at the strip. Be there next year!

CLICK THE LINK BELOW TO SEE ALL OF JOE’S AWESOME PHOTOS FROM BEAVER SPRINGS! 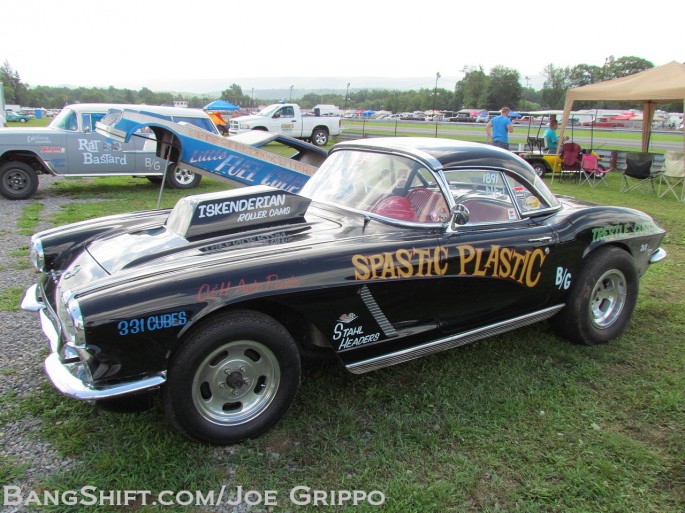 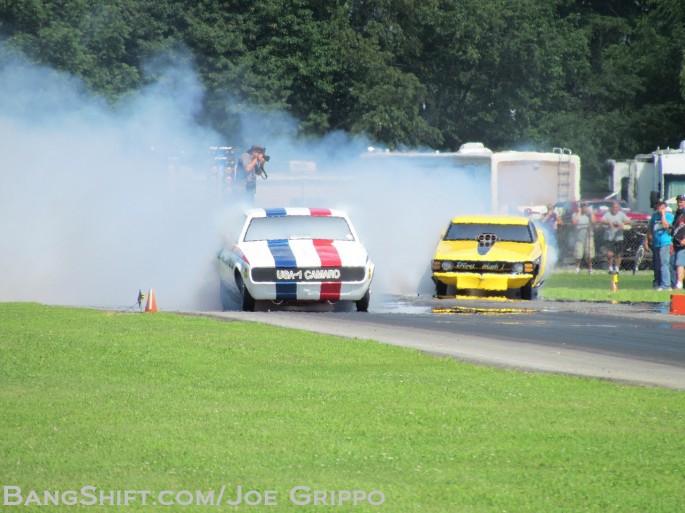 Event Photos: Meltdown Drags At Byron, Including Cruise In Photos From Sams Drive In BangShift Question Of The Day: What's The Coolest Car Or Truck Model Name Ever?