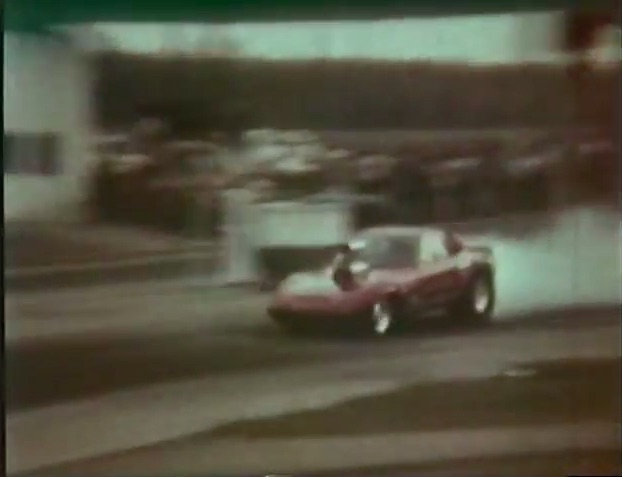 Over the years here at BangShift we have featured some cool videos that were made at Thompson Drag Raceway in Thompson, Ohio. The place was a hot bed of gasser action during the golden age of that class, was operated at one time by Aaron Polburn of IHRA fame, and continues to charge along strongly in 2018, many decades into its existence. It is a good story in the world of drag racing to see a facility like this one continuing to give racers a place to compete and fans a place to hang out.

In this video we travel back to the late 1970s for all kinds of cool sportsman drag racing action. There are 4-speed bracket style cars a-plenty and then there is the awesome blown Opel you see in the lead photo. I believe this is the car of Frank Mazi which he campaigned with his family. Frank is an Ohio guy and there were not THAT many of these cars running around in the late 1970s. The paint job also looks close to the one we have seen in photos. Mazi and his racing antics rubbed off strongly on his daughter Dawn who has been a longtime and successful photographer and for more than a decade ran the Drag Strip Girl clothing line. Dawn’s done a ton more than that in the sport but you’d likely know her best from those two things.

Mazi’s car got big press when the then strapping young staffer (now the strapping older editor) from National Dragster, Phil Burgess, drove the car to get a competition license and documented his accomplishments and shortcomings in a series of amazingly awesome stories back then.

This video has loads more than just Frank’s car but it sure is a highlight to me!

Watch This Right Hand Drive Kenworth Logging Truck Power Through Some Deep Water And Muck The Whine And The Roar: This 6-71 Blown 427 Ford Cranks Out Over 700hp On The Dyno