Drag Racing Down South, Way Down South: Check Out This Action From Argentina! Slingshots, Crazy Four Bangers, and More! 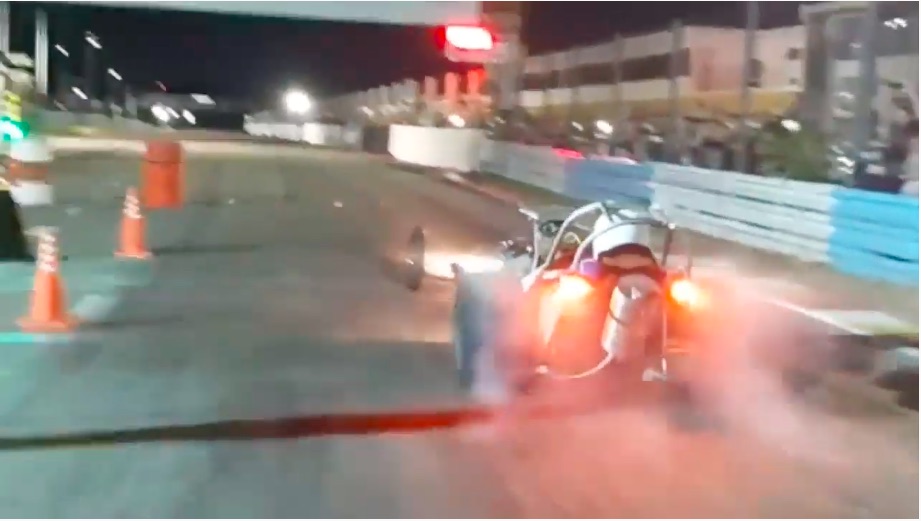 Buenos Aires is the capitol city of Argentina and it is home to a quarter mile drag strip. We think the place is called Picadas Galvez and it’s where the video below was shot. This video features all different kinds of cars getting with the program form little turbocharged four banger sedans to a big block powered slingshot dragster! The dragster is pretty wild as the tubing is really small around the driver and the track prep seems to not really exist. It smokes the tires like an old school digger leaving the starting line and the dude is DEFINITELY shifting a four speed transmission between his legs to get it down the course. Old school bad ass there.

Some of the cars seen are really fast and they are really fast on an all asphalt surface that seems to only have been swept and prepped with the rubber that the racers themselves are leaving. There’s not a lot of evidence of major work here and we dig that. We’d associate this surface with what the racers at events like Roadkill Nights battle each year. While we’re not totally sure, there’s some evidence to suggest that this is a portion of a road course and perhaps that is why the all asphalt surface present here.

Anyway, this is an awesome video and a cool look at the culture of speed in Argentina!

Press play below to see some quick drag racers in Argentina getting with the program!

QuarantinePiece Theater: This Documentary About Supercharged Grand Prix Cars From The 1920s and 30s Is Fascinating Wally vs The World: How Wally Parks Shocked The America And Gained Control of Drag Racing In 1958

2 thoughts on “Drag Racing Down South, Way Down South: Check Out This Action From Argentina! Slingshots, Crazy Four Bangers, and More!”