Buy The Book: Drag Racing’s Warren “The Professor” Johnson: The Cars, People, and Wins Behind His Pro Stock Success 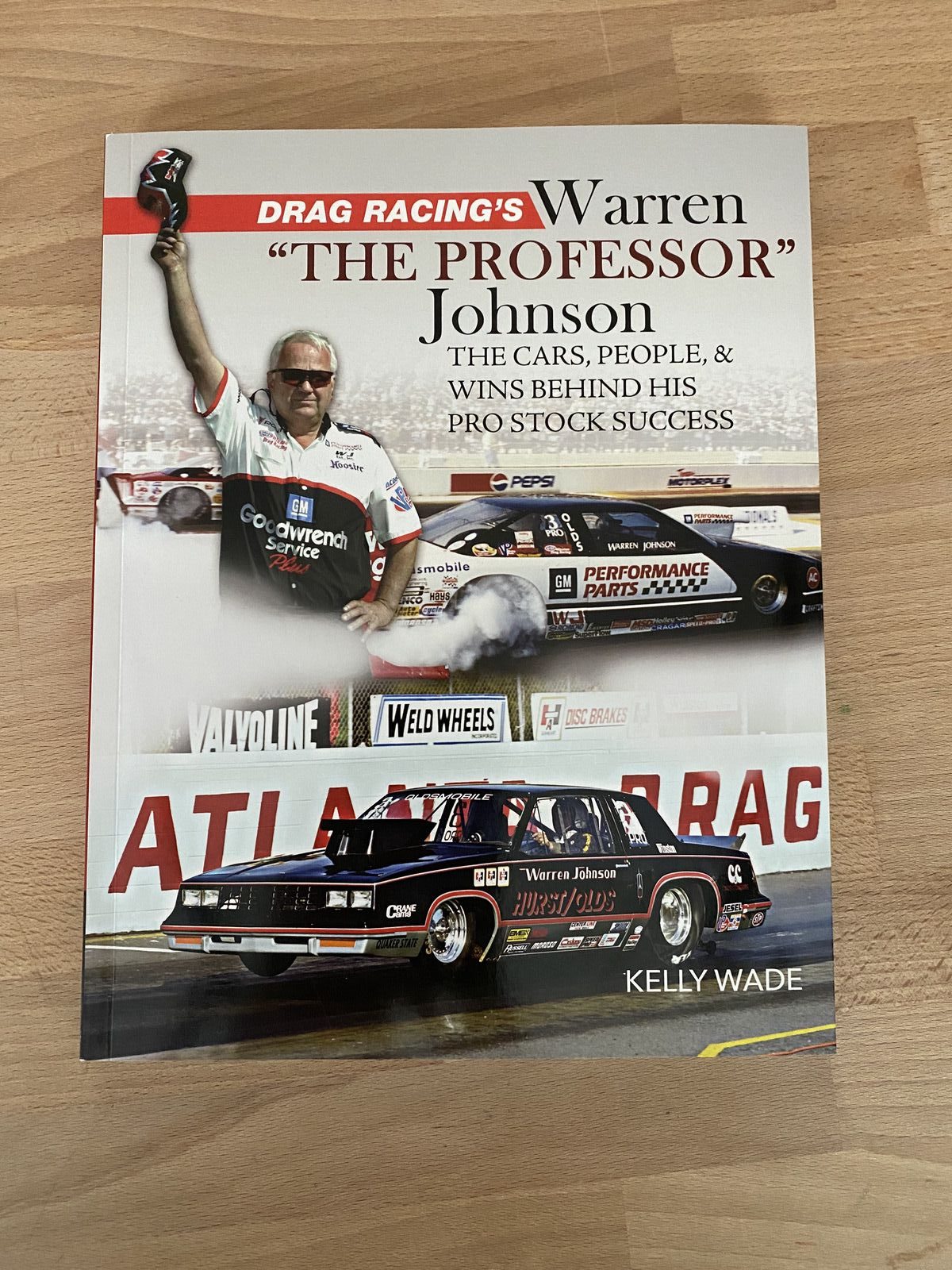 Through his hall of fame drag racing career, Warren Johnson was a man largely more respected than loved and after reading his new biography entitled, “Drag Racing’s Warren “The Professor” Johnson: The Cars, People, and Wins Behind His Pro Stock Success” by Kelly Wade it’s clear that’s exactly how he wanted it.

Count me among the scads and scads of people who have misread some of WJ’s history and approach to the sport of pro stock drag racing both in the NHRA and IHRA over the years. I understood his drive, I understood his determination, but I lacked the context of his approach and his outlook on how to be successful. Having had that context filled in by this highly informative book, I now have a much more complete picture of a man I only “knew” through his television interviews, short form magazine stories, and limited personal interactions after his retirement from active pro stock drag racing.

The book paints the picture of a man driven by a traditionally hardcore farm upbringing. A kid who was toughened by Minnesota winters, fascinated by the machinery on the family farm, and who was fearless when it came to fixing, learning about, or operating any of it.

His introduction to drag racing came innocently enough but the fire and passion that it engulfed him with set him on a course which would eventually bring him to the heights of mastery and success in the sport. His rise was not immediate, it was not simple, and it was not without its pitfalls. This was a guy who was working multiple jobs, building race engines, and figuring out a way to go faster week after week. It’s an awesome tale.

Wade does an especially good job of decoding Johnson and his approach to the sport for the reader. We learn through his own words, the words of competitors, friends, and peers about who this guy is and how he operated during his career. Personally, my favorite part of the book was the increased understanding of a guy who I didn’t really know beyond a stat sheet and a reputation as being someone who showed up to the track ready to do business and that business was kicking everyone’s ass.

Johnson may sound dispassionate about his approach to succeeding in the sport at times with a constant reminder that it was simply about doing the work to go faster and it was not about personal competitive passions, being afraid to lose, or losing friends. As much as he downplays his success in terms of needing to “win to eat” there’s more and the depth of that comes through in Wade’s story telling more than WJ’s words.

The other incredible part of this book is the photo element. There are hundreds of amazing photos, the majority of which were taken and meticulously documented by Arlene Johnson herself. It is in the photos that we see WJ in personal and familial settings. We see him smiling, having a beer, and frankly jus being a dude. Without this amazing archive the book would not have near the personal impact that it does.

This is 175 pages of great writing, great story telling, and historical reference for anyone who loves drag racing. If you love WJ and his career you need this book. If you don’t you need it twice as much.

Here are some links where the book is available and below see sample photos!

Hammer this link to get your copy at CarTechBooks.com

Smash this link to score your copy at Amazon.com 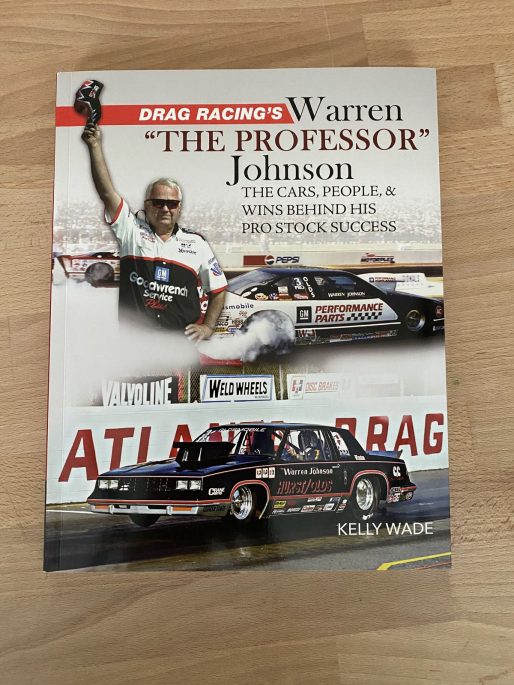 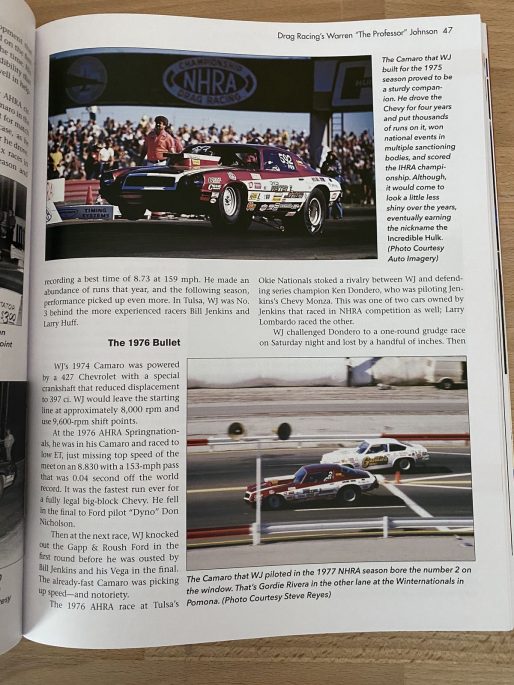 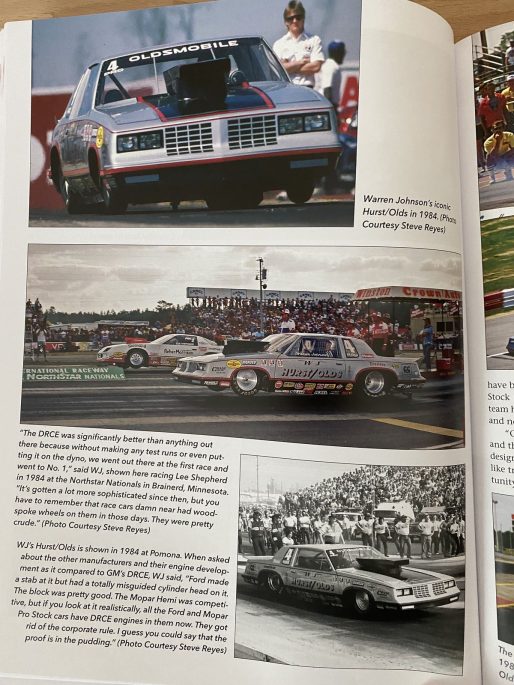 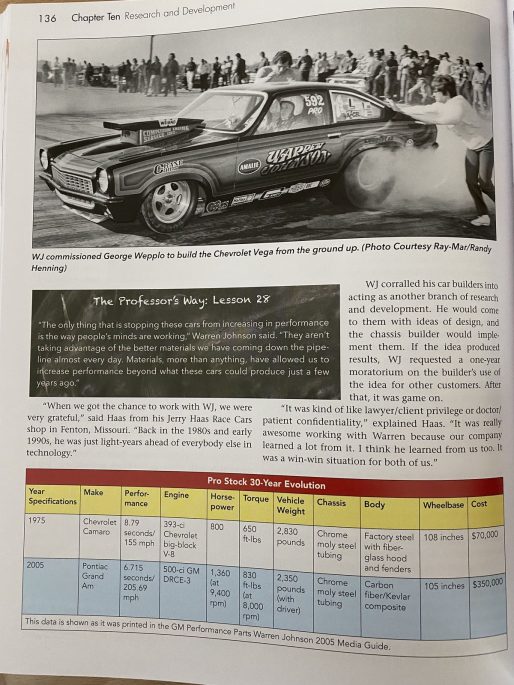 Never Meet Your Heroes: Waking Up A Super-Rusty Buick Grand National $1,000 Build: So Close To Done, And Ready To Be Raffled Off For A New Owner! Who's Going Home With It?

2 thoughts on “Buy The Book: Drag Racing’s Warren “The Professor” Johnson: The Cars, People, and Wins Behind His Pro Stock Success”