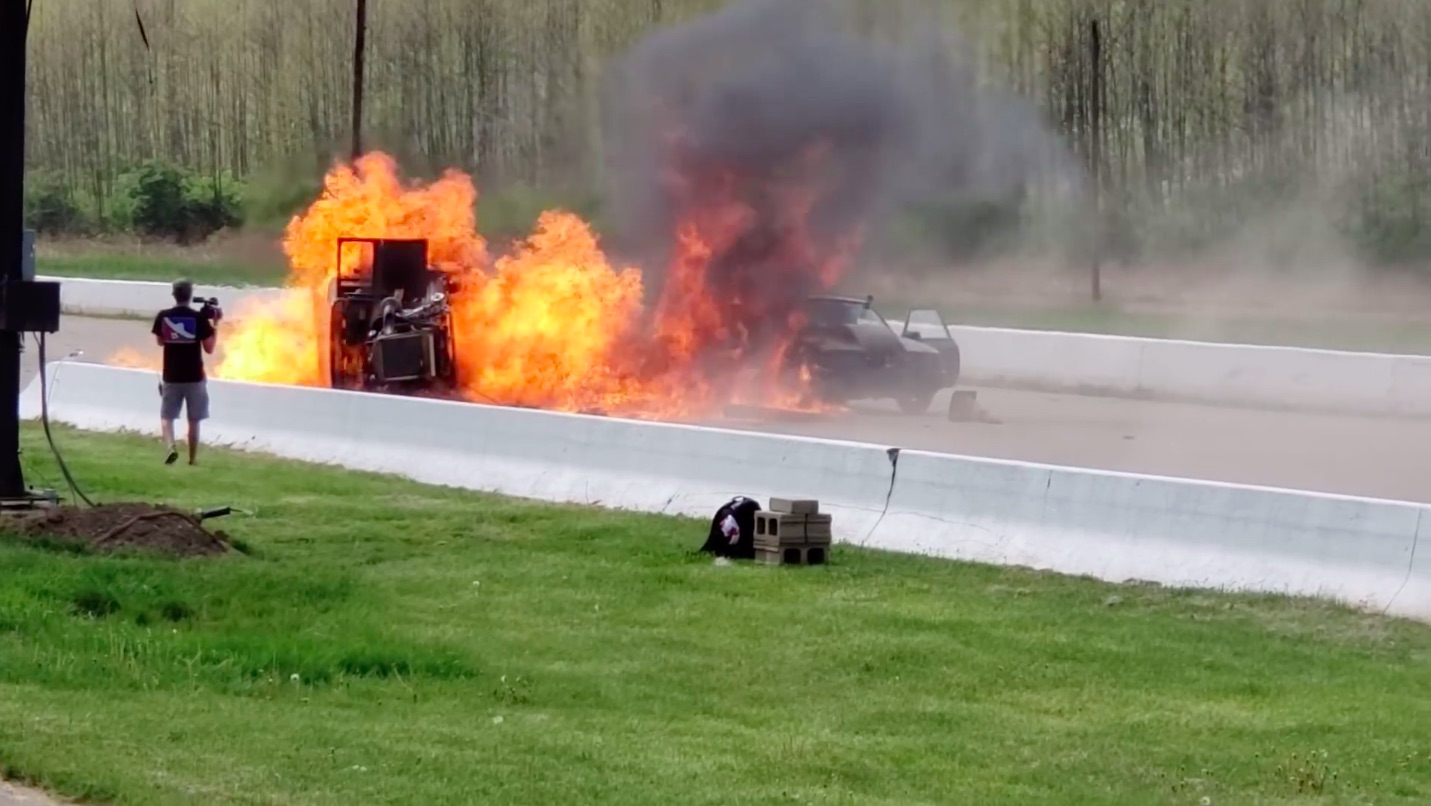 There’s nothing more sickening than watching a person you know and respect pile up a race car at high speeds. Add in a lot of fire and you have a recipe for something really stunning and not in the good way. That’s the case in this video where you will see Drag Week veteran and hardcore drag racer Nick Plewniak suffer a horrendous crash at Edgewater Motor Sports Park in Ohio. As we understand it, this was a very small event with less than a dozen cars. Again, as we understand, the cars were being run on a non-prep or unprepared surface. Nick has done plenty of that style racing and when he built the Dirty 30 he definitely designed it to work in a figurative car wash. We have seen this thing pull legit wheelies on the street before.

It looks like the car got out of whatever groove there was to work with and the results, especially at these speeds became negative. The car washed out sideways and like virtually all drag race cars in this situation, the weight transfer onto the leading edge of the car made things all that much worse. Adding in the fact that the 1930 Dodge does not have the lowest apparently center of gravity and it was all over but for the impending wreck.

The crash itself is bad with the car skidding to a stop passenger side down. This is when things really get bad. During the crash it seems that the fuel tank was broken open. The car in the other lane which appears to have spun and suffered damage in an effort to avoid Nick stops in the fuel and it’s a major league fire instantly. Nick thankfully rockets out of the car and as best we know, his only injury were burns on his hands. We’re not minimizing that. The guy is a mechanic and he needs those things to be in good working order.

Nick built this car himself. It was the follow up to his popular Stretchy Truck S10 which had the same turbocharged big block Chevy that powered the Dirty 30 behind the cab.

This is a really tough break but we are glad the guys is in one piece.

In The Beginning: 1977 Dodge Colt Dressed Up As Mitsubishi Lancer The Killer Plane And The American Hero That Tamed It: This Is The Story of Jimmy Doolittle and the Gee Bee R1