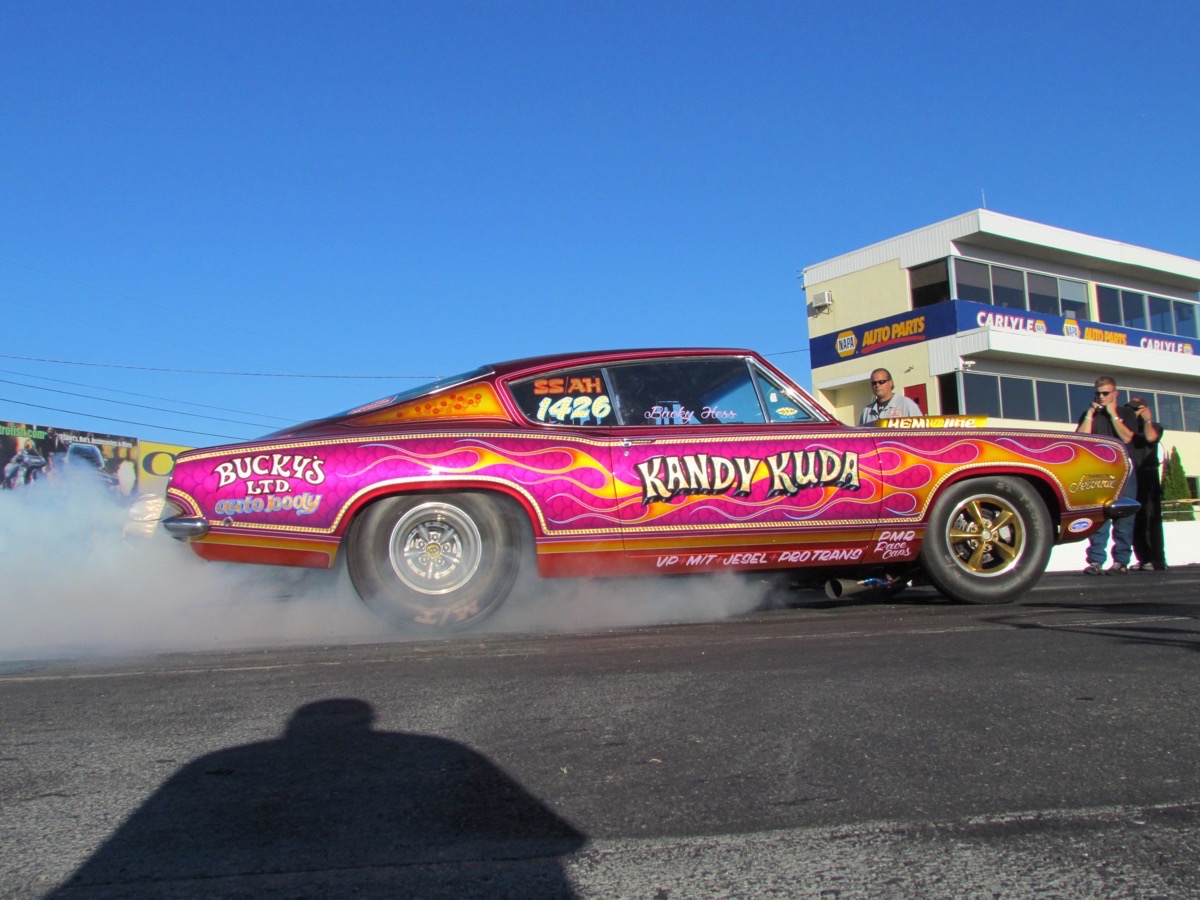 (Photos by Joe Grippo) – We recently showed you some video of the Mopar Hemi Challenge from the 2015 NHRA US Nationals. Well, there are other hemi shootouts across the country over the course of the year and one of them happened last weekend at the vaunted NHRA Dutch Classic, a massive sportsman drag race that has been held for 41 years straight at Maple Grove Raceway in Pennsylvania. Drawing some of the best cars in the eastern part of the country, the $4,000 to win race was sponsored by Penske and these semi powered beasties really liked the cool fall air that Maple Grove provided to them.

While there are big time SS/AH hitters all over the country, there are a surprising number of them within a several hour radius of Maple Grove making the Dutch Classic a perfect place to gather them up and throw some cash into the middle of the ring like a raw steak to a pack of hungry wolves. As it turned out David Barton beat Steve Comella in the final round at the Dutch to take home the dough and bragging rights for another year.

Joe Grippo’s shots of this iconic event are fantastic. Check ’em out!

Click the photos below to enlarge and then scroll on through to see ’em!

Could This Be The Perfect Sunbeam Tiger? Update: A BangShifter Is Rebuilding A Duesenberg Engine In His Home Garage - Cleaning And Rebuilding Have Begun!