Thrill! This Video Is The Opening Of The Awesome Eddie Hill Story Video Dean Papadeas Made In The 1980s. 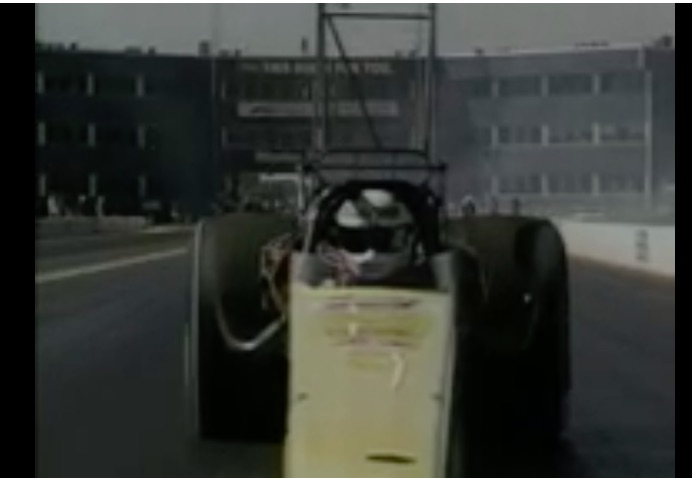 Eddie Hill laid down one of the greatest, and arguably the greatest lap in the history of drag racing in 1988 when he ran 4.99 seconds at the Texas Motorplex. His “nuclear banana” dragster was the most feared machine in the land. Of course many people miss the fact that this run was made at an IHRA event, not and NHRA event but that’s a footnote.

This video is the beginning of the Main Event Video “Thrill! The Eddie Hill Story”. The video was produced by Dean Papadeas who revolutionized the way drag racing was filmed by swooping his camera over the cars and quite literally changing the entire look of the sport on television.

In this two minute clip you’ll see the historic 4.99 lap, and some great footage of Eddie Hill, his wife Ercie, Fuzzy Carter (his crew chief), and the rest of the cast and crew of the Hill operation. The opening of this video is totally freaking awesome.

Press play below to see the “nuclear banana” and one of the most legendary drag racers (on land and water!) of all time!

Because A Steam Tractor Pulling Wheelies Is Awesome! Listen To A BRM V16 Scream Up The Hill At Goodwood, Best Sounding (Non-Nitro Burning) Race Engine Ever

One thought on “Thrill! This Video Is The Opening Of The Awesome Eddie Hill Story Video Dean Papadeas Made In The 1980s.”