Epic: Nearly 10 Minutes Of 1950s/60s/70s Drag Strip Footage Featuring Gassers and Altereds From All Corners Of The Country! 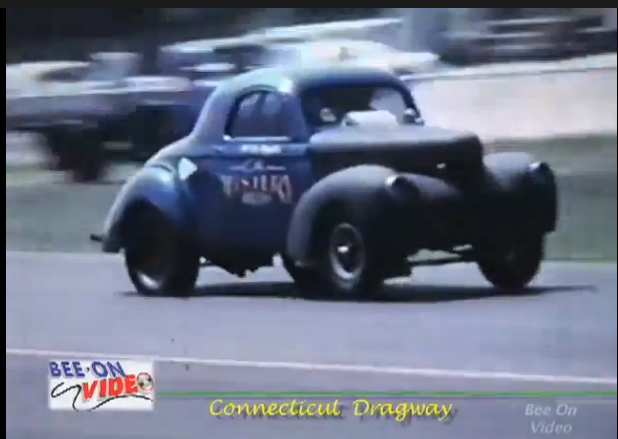 Holy smokes is this video incredible! Old school drag racing video master Jim Amos made this promotional clip for one of his videos and it is 10-minutes of pure perfection, featuring action from strips all across the nation in the 1950s/60s/ and early 1970s. We’re talking Connecticut Dragway all the way to Irwindale with dozens of stops in between. Each clip is labeled with the track it was recorded at. Also, Amos added sound to the clips so instead of being silent home movies, they are now living, breathing, screaming entertainment. You’ll see all the gasser legends and even some EXTREMELY rare footage of Ohio George running the infamous turbocharged Mustang that is a literal forerunner of today’s turbo’d pro mods.

Of the things you’ll enjoy enjoy in this video, the variety of cars and the combo of national and local/regional heroes rules hard too. While a relatively small band of guys became drag racing rock stars during the “gasser wars” there were hundreds and hundreds of this style of car being run by talented and quick local racers and strips far and wide. You’ll see tons of them in this video and they range from rough and tumble tri-five Chevys to beautiful examples of classic Willys, Anglia, and Austin body styles. A couple of Fred Hurst’s immaculate cars are shown in this footage as well. This is 10-minutes of an entire DVD that you can order from Amos. It is getting near Christmas. We’d drop someone a line and ask for the complete video to show up in our stocking!

This really is one of the coolest old school drag racing videos we have ever featured. So many car, so many tracks, so much neat stuff!

PRESS PLAY BELOW FOR 10 MINUTES IN CLASSIC GASSER HEAVEN!

A Go-Kart Sized Monster Truck With A Big Block Chevy Engine Looks Like One Heck Of A Good Time Video: The Chainlink 4x4 - Perhaps The Most Extreme 4x4 Ever?

2 thoughts on “Epic: Nearly 10 Minutes Of 1950s/60s/70s Drag Strip Footage Featuring Gassers and Altereds From All Corners Of The Country!”