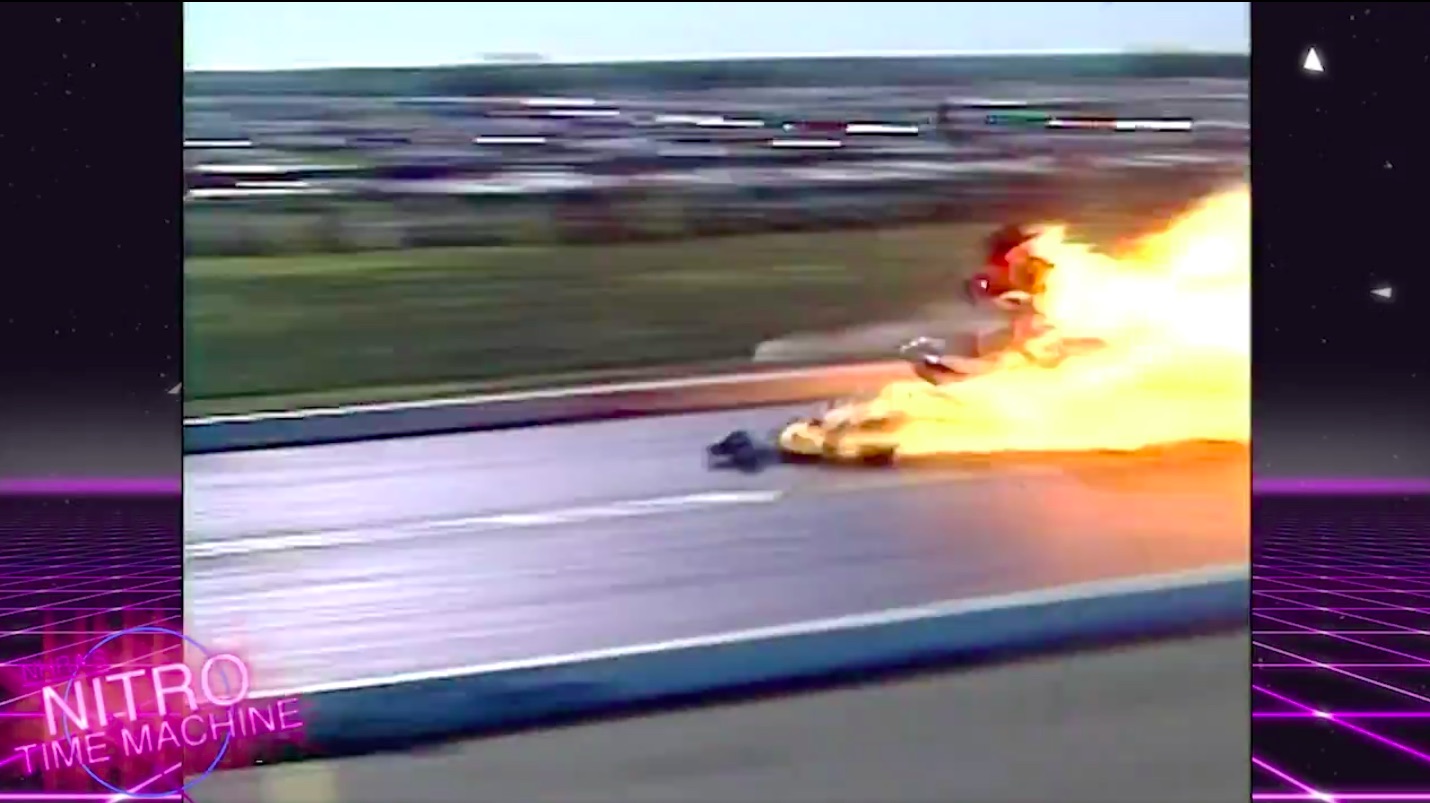 Mark Oswald is one of the best funny car racers ever and he graduated that job to become a world champion crew chief who is still in the sport today at the highest levels. As someone who mad this bones in funny cars during the 1970s and 1980s, Oswald experienced all the calamities that the drivers did back then with fires, crashes, and the like. He did experience something in 1990 that few if any funny car drivers on the planet had felt and that was a near 300mph explosion of titanic proportions. Quite simply, no one in drag racing had ever seen a car do what Mark Oswald’s did at Dallas in 1990 and it was a bit of a harbinger of what was to come with more fuel, better blowers and more power as time went on.

I remember the first time I saw this video as a kid and then the ensuing coverage on the And They Walked Away series from the 1980s and it continues to be a job dropper today. The image of Oswald swatting at air and trying to determine if the body was still on the car because his face shield was so jacked up is wild beyond any sort of measure.

Today we see funny cars explode with some regularity and yet even the modern boomers typically do not hold a candle to this catastrophe in the lights at the Texas Motorplex. Yowza.

Is The Diesel Juice Worth The Wallet Squeeze: We Drive The New Jeep Wrangler Rubicon Unlimited EcoDiesel Game Changer: This Look Back At The Game Changing 1989 Cummins Powered Dodge Ram Is Awesome