Fame And Terror At 200mph: This 1964 Sports Illustrated Profile Of Don Garlits Is Incredible 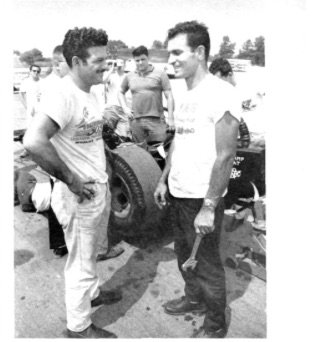 (Photo and excerpt from Sports Illustrated) – As a guy who like to read, there are few things out there that spin my crank harder than checking our old features in Sports Illustrated their online “Vault” section that contains some of the neatest sportswriting of all time is an endless well of awesomeness. There are plenty of drag racing features one can latch onto in that sea of great writing and we have highlighted some before but this 1964 piece on Don Garlits is beyond any of them.

If you like great writing and you like an honest look at the “glory” days of drag racing read this.

This passage alone is stunning — Hit the image below for the full SI Vault story:

“But one of the worst things about the accident was the convalescence. They had socked a lot of morphine into me to kill the pain; in fact, I used to count the minutes waiting for the shots. Well, when I went home, I was hooked on the stuff. I could never sleep, and then there was this terrible gnawing inside. For days I had to go for long walks. I used to walk until 4 o’clock in the morning, until I was too tired to walk anymore. I kicked it eventually, but it was one of the worst trials of my life. When I was burned again, not as seriously, I wouldn’t take any of that stuff. The whole thing was a nightmare. I still dream about it now and then—those four seconds that seemed like four years. All I could think of at the time was why? Why did I get into drag racing? I still wonder.”

Hit the image to read the Story on SI.com

Return Of The Mack: Watch This Forlorn Mack Model B61 Get A Fresh Lease On Life And Go Back To Work Tire Shredder On The Hub Dyno - Watch This Blown F100 Truck Make Nearly 1,100hp To The Wheels