Cool Video: This Inside Look At A Formula 5000 Race Team In England Is Awesome – See The Car Built, Tested, and Raced! 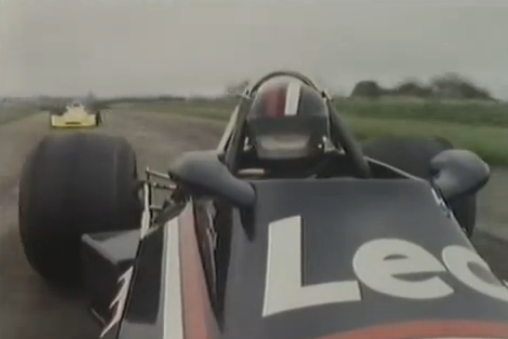 We have run several videos featuring classic Formula 5000 cars over the last year or so. Formula 5000 is my favorite old class of open wheel cars. I think that they mix the great looks of 1970s era Formula cars from Europe with the sounds of high winding small block V8 engines better than anything ever has. In comparison to Formula One cars, they were blunt instruments due to their weight and completely different balance due to the larger engines that they ran. The 5000 part of the class name stood for 5,000cc engines, which was the largest permitted in these cars. From the late 1960s through the early 1980s, Formula 5000 existed and was contested all over the world. There was lots of action in Europe as well as the USA. Many famous drivers spent time in F5000 racers and why not? They were screamers!

The video below is an inside look at a Formula 5000 team from the construction of their Chevron car to their first race weekend with it. This film was made in England and it is a fantastic look at Formula racing in this period. That level of competition has always been waged by dudes with big money and the racer this film follows is no exception but don’t you dare judge David Purley on that along, because the man was both a bad ass, a survivor, and a hero. Let us explain.

The bad ass part comes from the fact that Purley was a paratrooper in the British Army before getting out and concentrating on his racing career. Over the span of that career he competed in 11 Formula One races and heaps of other races in different classes and cars. It would be the 1973 Dutch Grand Prix that cemented the name of David Purley into the annals of racing history. Purley is the man famously shown trying to rescue British racer Roger Williamson from his overturned and burning race car. Purley was imploring race officials and fellow drivers to stop and aid Williamson who was screaming for help inside the burning car. No one helped in time and Williamson ultimately died. Purley took the extraordinary step of stopping his own race on purpose to help, he had not been involved in the wreck with Williamson. It was an era in Formula One racing recently documented in the film, “Grand Prix: The Killer Years” that is a must watch for any BangShifter worth his or her racing salt.

Purley is a survivor because he is believed to have survived the largest g-load on a human being in history when he crashed at the 1977 British Grand Prix after his throttle hung open. According to reports, Purley hit the wall at 173mph and came to a complete stop in 26-inches. He lived. That is a load of 179Gs and he was very busted up, but he recovered. Leaving racing and getting into the equally as dangerous world of acrobatic airplane piloting, Purley lost his life when the plane he was flying crashed into the English Channel in 1985.

Our favorite part of this video is the action and footage from the first race when a freak snowstorm hits. Instead of packing up and going home, race officials plow the track and they get after it! There’s enough snow to build snowmen and have snowball fights but the racers and crew salted the track, plowed it off, and went off racing through the cold and wet in these awesome cars. How British is that?!

This is a great video and a great way to start your Wednesday.

PRESS PLAY BELOW FOR AN INSIDE LOOK AT FORMULA 5000 RACING IN ENGLAND DURING THE 1970S FROM THE BUILD TO THE FIRST RACE!

Small Tire Monster Truck Video: Back In 1991 The Bigfoot Crew Bolted 48-Inch Tires On As An Experiment - Interesting When The Malaise Was Fresh: This 1979 Film Promotes The Caprice, Impala, Monte Carlo, and Suburban