Wine Is For Winners: Watch The Final Round Runs From The 2021 NHRA Sonoma Nationals! 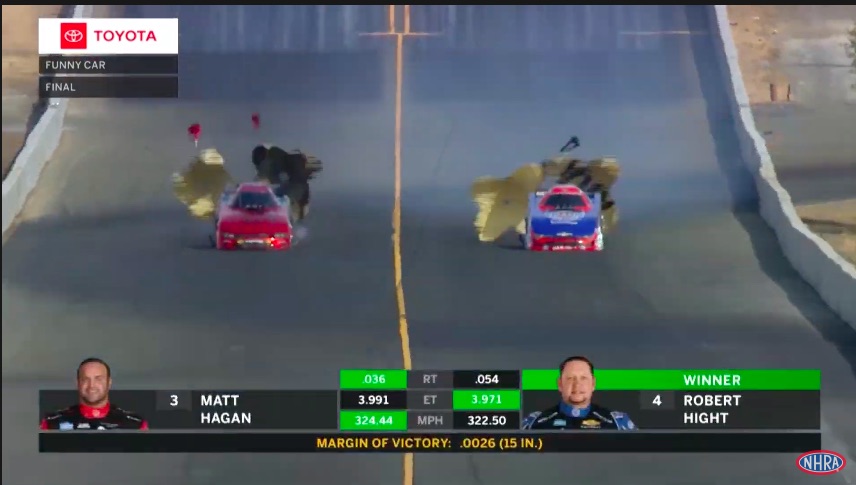 The second stop of the NHRA’s 32nd Western Swing was Sonoma Raceway last weekend and it was one hell of a race. The fans were out in force, the racers brought the high hard one, and only one racer left with the potential to sweep the swing. That racer is top fuel winner Steve Torrence who is now trying to become the first guy to win the three race stint outright in the class since Antron Brown did it in 2009.

Torrence’s domination of the top fuel category is beyond complete. It is otherworldly and either at or beyond the level of winning we saw from the likes of Joe Amato and others in the prime of their careers. There seems to be no stopping this team and this weekend in Pomona we’ll find out if anyone can rain on his parade!

In pro stock motorcycle, Karen Stoffer snatched her 10th career national event Wally and did so by taking down Andrew Hines on the Vance and Hines/Mission Foods bike. Stoffer was a sharpshooter on the starting line all day and her motorcycle, which runs out of the Jerry Savoie camp was a rocket. It should be noted that Karen runs the 2-valve Suzuki engine in that motorcycle and it’s a runner!

Aaron Stanfield won his third pro stock race in his fourth career final at Sonoma. It was his second of 2021 and an impressive victory for the young driver that hails out of Bayou country. Standfield stopped Greg Anderson in the semi-final round before thumping rookie Dallas Glenn in the final. Currently, Stanfield’s car is the cream of the crop at Elite Motorsports.

Finally, the funny car final was a classic contest among future hall of famers Matt Hagan and Robert Hight. The reaction times were ridiculous, the performance was razor tight, and it was a total team effort for Robert Hight to claim another Sonoma victory. The margin was .002 seconds!

This was a great race and this weekend the NHRA Winternationals (we know) are on at Pomona! Watch on Sunday on your local FOX broadcast network affiliate. Yes, this is a national network broadcast and it will b great!

Hotted up Hyundai: The Upcoming 2022 Hyundai Elantra N Looks Like A Budget Minded Performance Sedan Flying History: This Video Shows The 1958 Rollout Of The Douglas DC-8, One of The Greatest Aircraft Ever!

3 thoughts on “Wine Is For Winners: Watch The Final Round Runs From The 2021 NHRA Sonoma Nationals!”