This Ford Racing Mustang XX.99 Challenge Video Is Pretty Awesome – The 2015 Mustangs Are Strong On The Strip 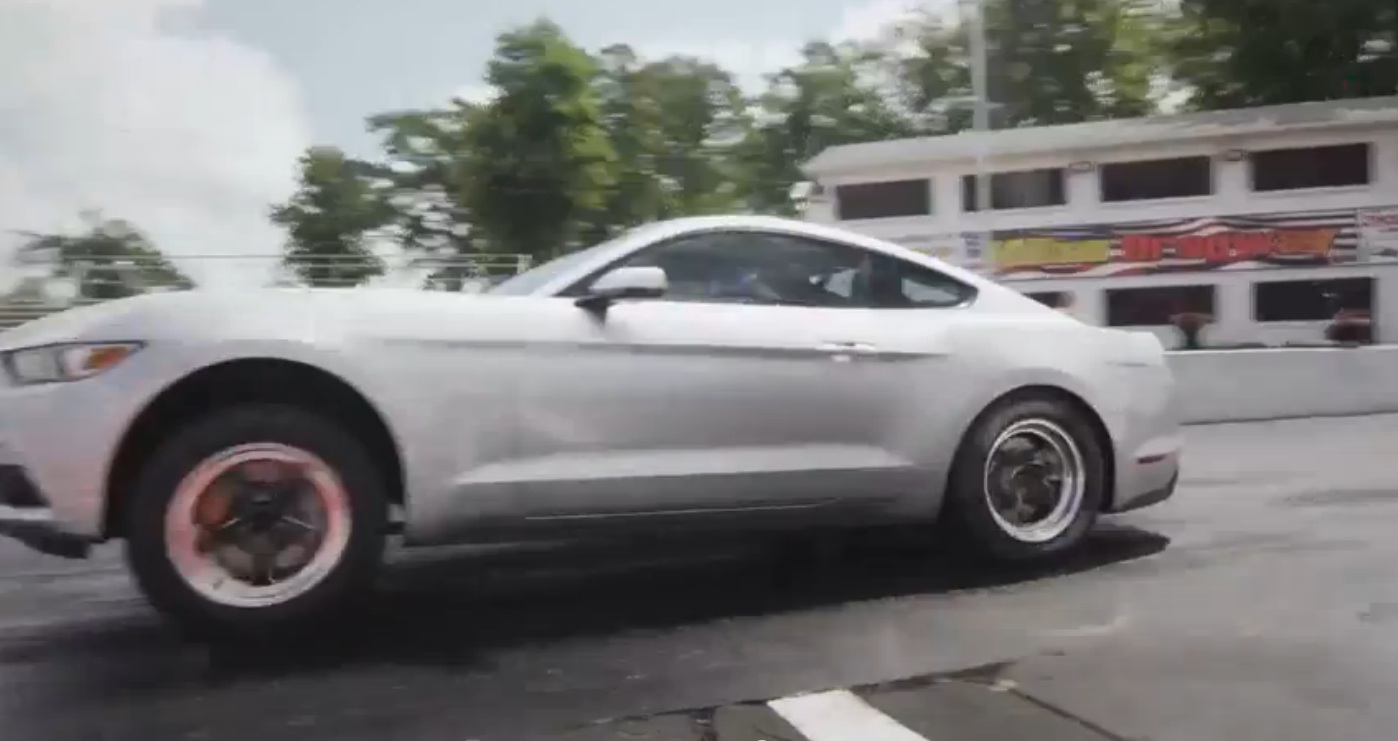 The full-on media blitz for the 2015 Mustang has begun. From the media junkets to cruise the new cars (Ummmmm….where was our invite?) to the cool videos promoting the cars, it is prime time fun for Mustang fans. For BangShifters one of the big questions revolves around how these cars would do on the quarter mile with their new IRS suspension. Well, thanks to the team of engineers at Ford Racing, the answer is basically that Ford fans have nothing to worry about because they haul buckets of tail in several different forms.

Dave Born led the project and worked with guys like Ed Badillo and Todd Sullivan on the horsepower and motor stood front and Bruce Smith, the dude handed the unenviable task of coming up with the driveline parts that handled all this abuse! Smart guys doing really cool stuff!

The video below is called the Mustang XX.99 Challenge and frankly the premise if brilliant. You know what happens when a new pony or muscle car shows up on the scene. People race to be the first to go 12, 11, 10, etc first with it in as close to stock form as they can. Well, Ford took that idea and applied it to the new 2.3L EcoBoost Mustang, the Coyote 5.0L Mustang, and a Roush/Ford Racing supercharged 5.0L Mustang. The results? All three make enough steam to put a BIG smile on any gearhead’s face. Hell, even the 2.3L car snatches the tires off the ground!

Yes, these cars are upgraded with Ford Racing parts and they have slicks n’ skinnies but when you see what the elapsed times are, you’ll probably be with us in the “impressed” category of the world. You blind GM and Chrysler honks out there will undoubtedly have something to say but frankly it took some stones for Ford Racing to do what they have done here and we applaud them for doing it. Putting drag racing front and center in this manner is pretty awesome and we know for a fact that Ford’s got a big interest in the performance of their grassroots drag racing efforts.

We’ll be seeing some of those crazed 2.3L cars in the stock and super stock NHRA ranks pretty quick, we bet. Milan Dragway was the scene of the video and they had the place hooking hard!

3 thoughts on “This Ford Racing Mustang XX.99 Challenge Video Is Pretty Awesome – The 2015 Mustangs Are Strong On The Strip”