Memphis, plug your ears this weekend. It’s going to be nice and loud. The Mid-West Pro Mod Series is at Memphis International Raceway as part of their 2019 season and there will be plenty of action happening. Not only is the MWPMS championship a hotly-contested battle between Aaron Wells and his 1967 Mustang and Justin Jones with his C7 Corvette, but two new cars that we got to see in St. Louis will be making their debuts: Keith Haney’s “Black Mamba” 2019 Camaro and Jim Sackuvich’s 1969 Camaro will both be seeing action this weekend, as will X275. Kenny Hubbard’s Nova is currently leading the charge, but at least five racers, including Alan Felts and Randy Matlock, are hot on his heels.

This is the second to last race on the MWPMS card before the final championship race next month at Tulsa, and is also before the 16-car invite-only race at the NHRA event at Texas Motorplex. BangShift will be live Friday and Saturday with all of the action, which should be at least as hot as Memphis will be! We will be live starting at 7 P.M. Central for qualifying rounds, and 11 A.M. Saturday as we finish up Q3 and move into the elimination rounds! 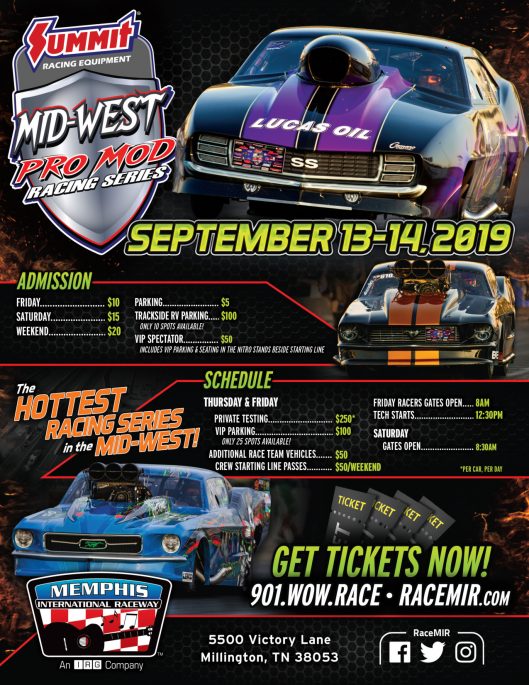 Episode 1 Of $10K Drag Shootout 2: Can We Win It Again? $10k In Cash And The Moonshine Missile Are At Stake Video: Killer Trucks Take Over The Gulf Coast For Scrapin' The Coast 2019