From The Rodder’s Journal Vault: Photos From The Fremont Nostalgia Drags Circa 1986! 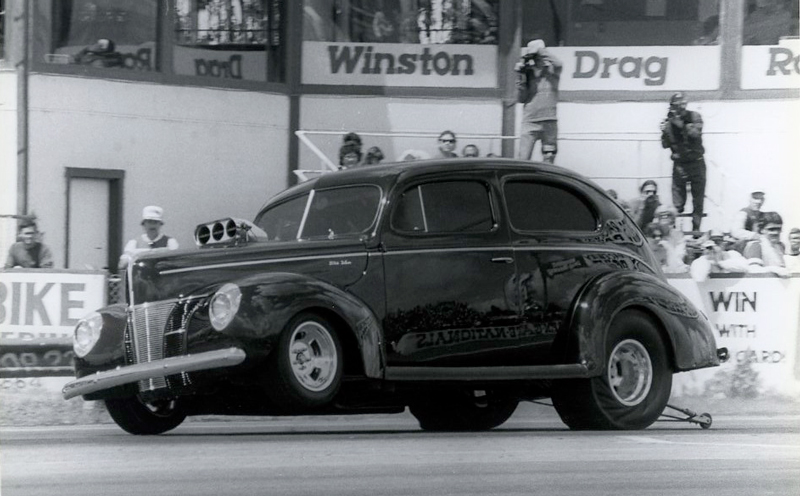 (Photos by Steve Coonan) – A first for Bangshift – the guys over at The Rodder’s Journal supplied us with a file of old photos taken at Baylands Raceway in Fremont, California, back in 1986. Steve Coonan (Publisher of The Rodder’s Journal) would drive to Fremont in his old Deuce highboy roadster to shoot photos on a freelance basis back in those days. Some of these photos were published in American Rodder before Steve created The Rodder’s Journal. What we find remarkable about the event – a quarter of a century later is just how many famous cars were actually making full passes down the quarter-mile. Steve said “I remember the Fremont Nostalgia Drags being a whole lot of fun, but looking at the list of famous cars that were there and racing seems truly remarkable today.”

Just a quick look through an old stack of 8×10 black & white prints showed Art Chrisman making a 170+ mph pass in the “Hustler”, the old Mooneyham & Sharp “554” ’34 coupe smoking the tires the length of the track along with the Glass Slipper dragster, the Stone, Woods & Cook Willys, the “Pure Heaven” Fuel Altered and even Chrisman’s #25 dragster in action. This was also at the peak of the rivalry between “Fat Jack” Robinson’s ’46 Ford coupe and Jerry Moreland’s ’40 Ford sedan. Even Pat Ganahl was on hand and racing his “Low Buck Special” Hemi-powered Altered.

The event was officially titled the “6th Annual Nostalgia Nationals” and was put on by the Nostalgia Drag Racing Association. The NDRA was the brainchild of Nor-Cal hot rodders Tom Prufer and Brian Burnett. It was truly a treat to see this group of cars smoke the tires down the drag strip.

If you haven’t checked out The Rodder’s Journal (http://www.roddersjournal.com), you need to! Each issue is a work of art featuring traditional hot rods, classic customs, early drag racing and more. 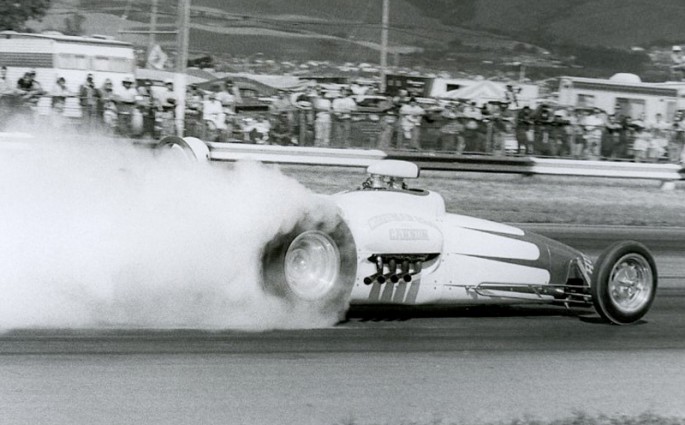 Art Chrisman made several fully smoked-in passes in the original, but freshly restored Hustler dragster at Fremont the first weekend in May back in 1986. 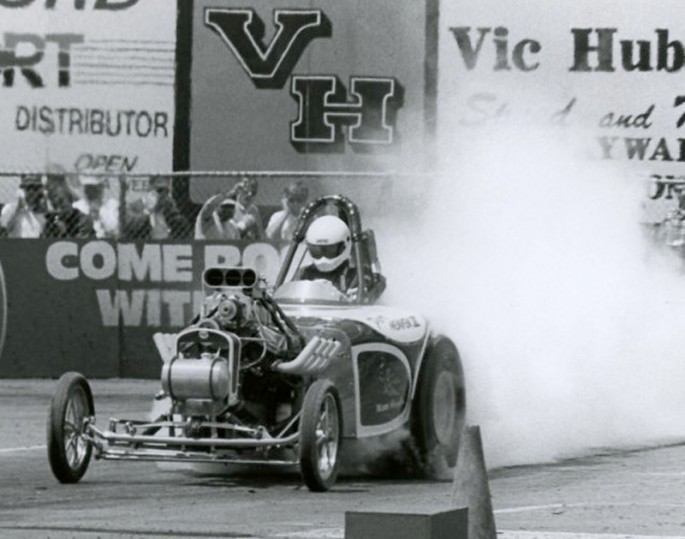 Bob Nylander faithfully restored and campaigned the Leon Fitzgerald’s Pure Heaven back in the ‘80s. The Fuel Altered was powered by a blown big block Chevy. 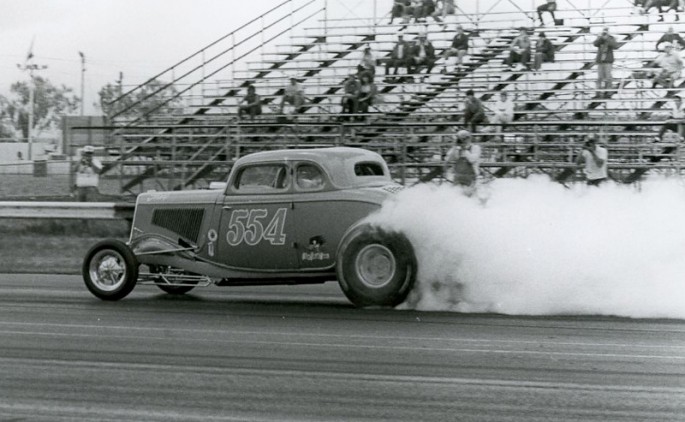 Both Tom Prufer and Brian Burnett, promoters of the event, ran cars that weekend at Fremont. Tom was on hand with one of his “Power King” dragsters, while Brian was running the freshly restored 554 coupe. Both Brian and Tom are still active in the sport. Prufer has moved to Texas, while Burnett now calls east coast home. 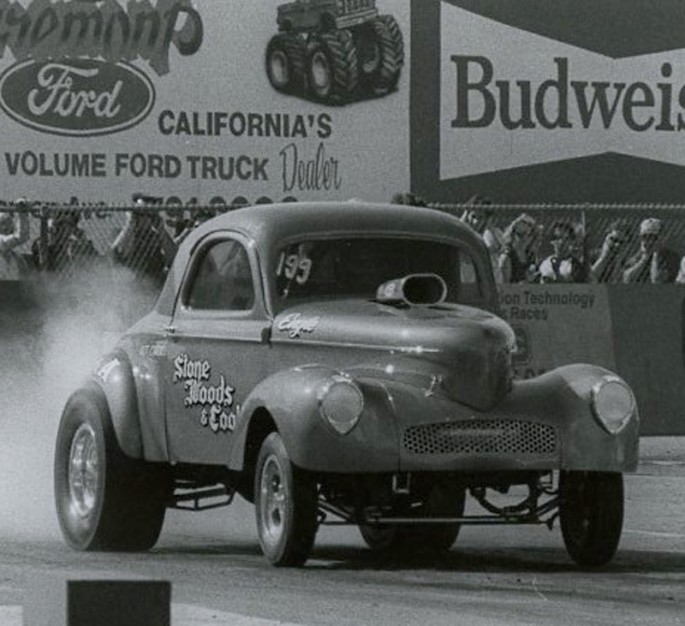 Mike Cook has been racing his father’s famed Stone, Woods and Cook Willys since the 1970s. It ran at OCIR with a tunnel rammed big block Chevy. By the 1980s he had restored it to its original blown-Hemi AA/GS configuration. Mike still owns the car and his dad’s ’37 Chevy coupe today. 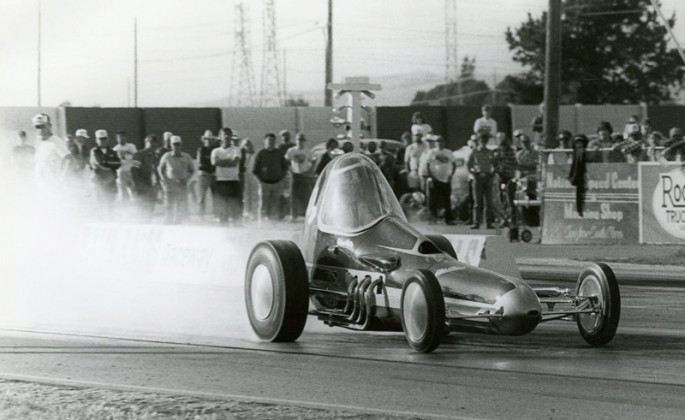 The Glass Slipper was one of the prettiest dragsters of the 1950s. Ed Cortopossi was still at the controls in the mid-‘80s when it was hazing the slicks to half-rack at Fremont. It used an injected smallblock Chevy on alcohol. 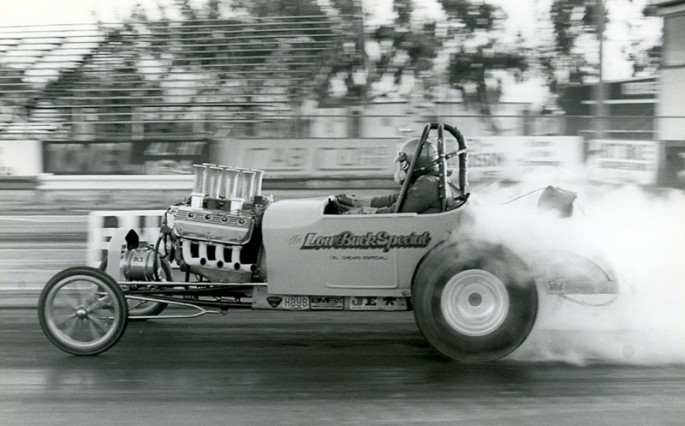 Pat Ganahl along with Bob McCray and Gene Adams teamed up to run the Nostalgia Drags back in the ‘80s. First with this Altered and then with an injected dragster. The stroked 354 Hemi powered the fiberglass T-bodied roadster to 9-second times. We believe that is Bob McCray driving. 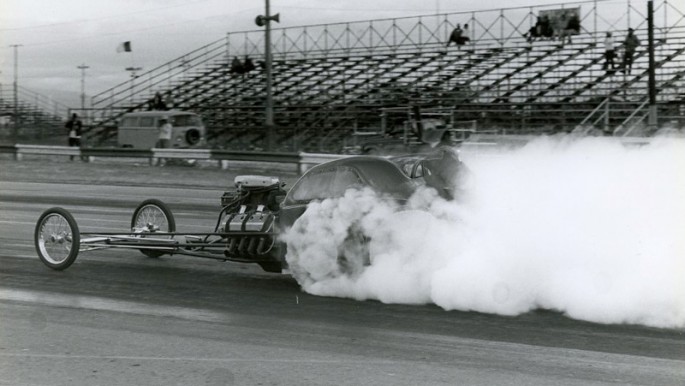 The Mews and Poncia Fiat-cloaked dragster was a regular at nostalgia meets of the era. It originally ran at Half Moon Bay back in the ‘60s. The supercharged Hemi provided more than enough horsepower to smoke the tires the full length of the strip. These weren’t burnouts, but full-power runs. 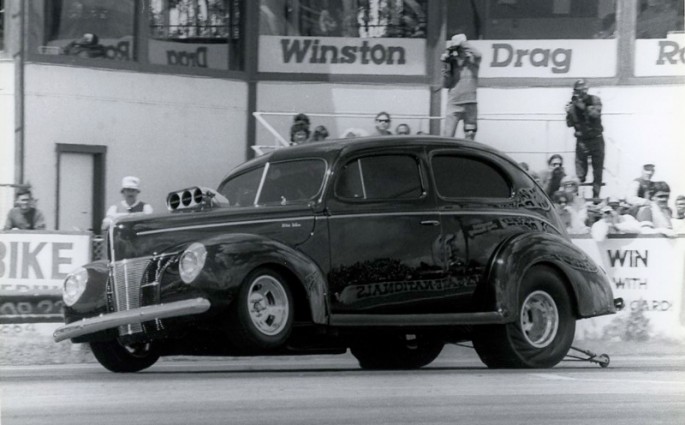 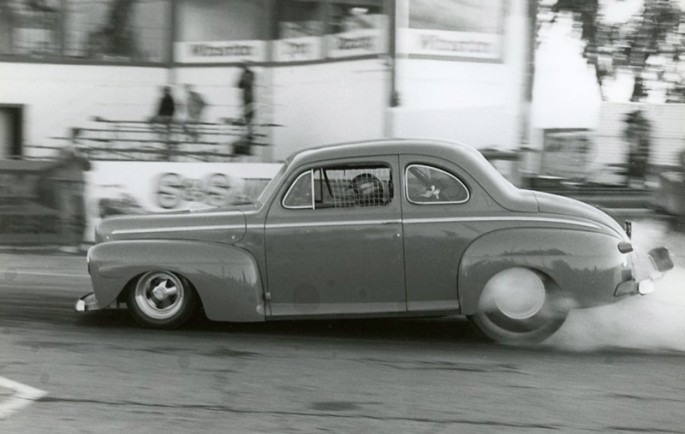 Fat Jack and Jerry Moreland were at the forefront of the rivalry for Super Street bragging rights. Both were powered by blown big block Chevys. Moreland’s efforts were spearheaded by Bob Bauder, while George Striegel (owner of Clay Smith) supplied the alcohol-burning rat motor used in Fat Jack’s ’46 Ford coupe. This weekend, however, both succumbed to mechanical difficulties. Cole Cutler won the class with his Boss 429 motivated ’34 Ford coupe. 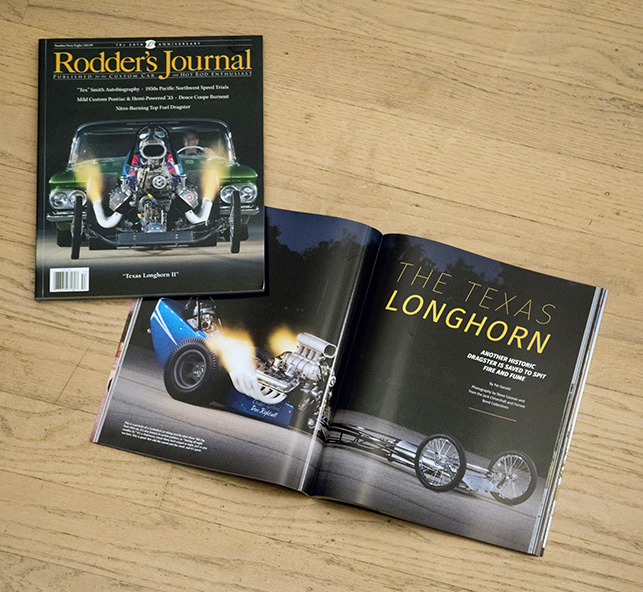 11 thoughts on “From The Rodder’s Journal Vault: Photos From The Fremont Nostalgia Drags Circa 1986!”