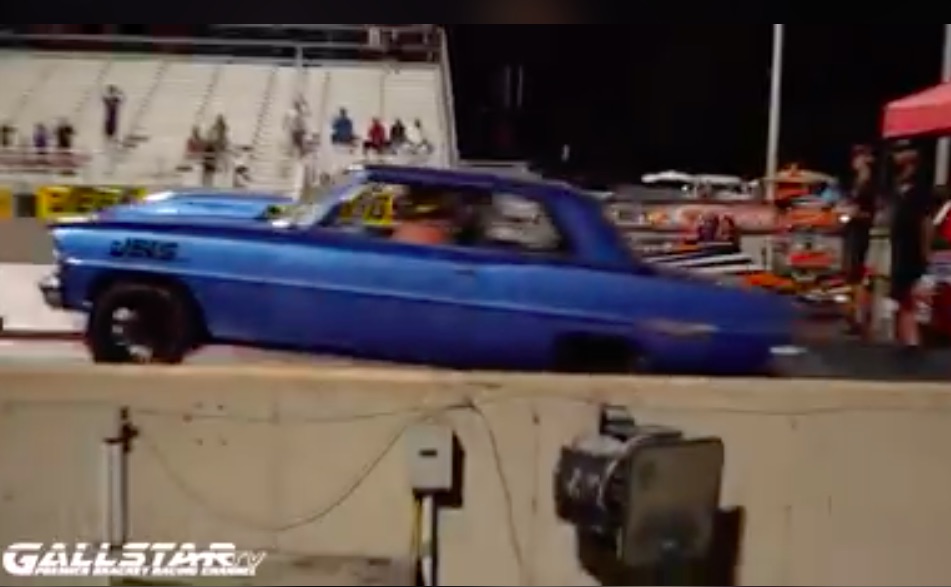 A couple weeks back I was a small part of the richest drag race ever held. The SFG Promotions Million paid an honest, guaranteed 1.1 million dollars to the driver who stayed them all during the “main event” of the week long competition. That guy was Steve Sisko who hails from New Jersey and who has been at the bracket racing game for a long, long time. In the final round on Saturday night, Sisko demolished the competition and in this video you are going to see the wheel standing Chevy Nova he drove launch down the track, turn on the win light, and then motor back up the track with the headlights on.

Sisko’s car uses an FTI torque converter to get the power from the engine into the transmission and this thing was flawless all week. The folks from FTI were a huge part of the overall event as well, sponsoring one of the $100,000 to win races earlier in the week. When we talk about drag racing converters and what their role is, consistency is absolutely the key. Sisko had to go 11 rounds to win the race and that does not include all the runs he made earlier in the week. This car was rock solid consistent and rock solid reliable all through the event (except right at the end where it broke a ring gear!) and lots of that credit has to go to the torque converter for handling the roaring power the same way each and every time.

FTI performance was on site all week as well helping racers with torque converter issues and providing them tech support and likes of which few other companies can.

So now that you know FTI is worthy of a 1.1 million dollar winner’s check, the company is certainly worthy for your hot rod whether it is on the street, on the strip, in a monster truck, you name it, FTI will have you handled.

Press play below to see Steve Sisko win the richest drag race in history with FTI on board!

GUESS WHICH CONVERTER JUST WON STEVE SISKO $1.1 MILLION DOLLARS?! #FTIPerformance Congrats to Steve and all the contestants during yesterday’s JEGS SFG $1.1 Million race. You were all part of history!

Better Engine Building Video: Eliminate Common Lifter Failures - Roller and Flat Tappet! Here Are 50 Roadsters (And A Couple Of T-Buckets) We Would Love To Own