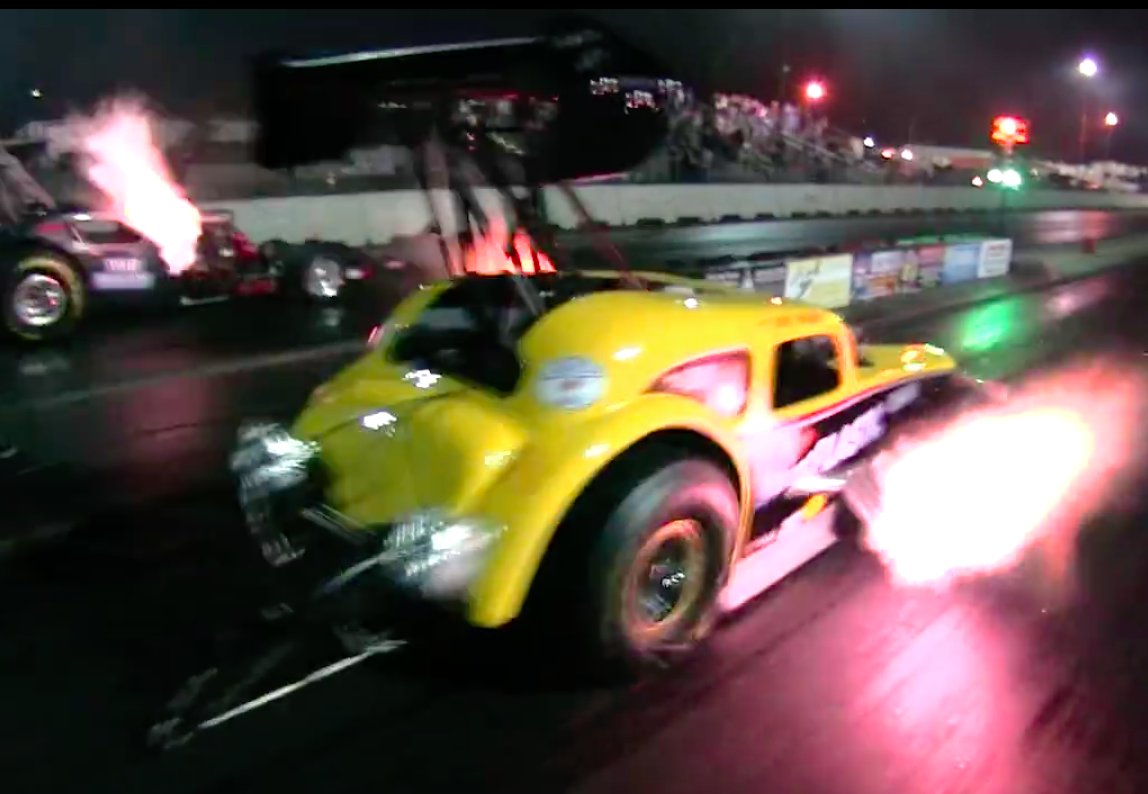 Good fuel altered runs are beautifully violent fleeting moments in time that you keep playing over in your head long after the actual pass was made. Why? There’s an anticipation that something is going to happen. Car on two wheels? Car in the wall? Car on fire? Car throwing six foot header flames? These are just a few of the 1.4 million different things that can happen on a fuel altered run and some of them have not even been invented yet.
Les Mayhew made this video that shows the Drastic Plastic fuel altered which is driven by Joe Haas and owned/tuned by Tom Motry. This is the car that uses NO computer stuff. No data acquisition, none of it. They traveled all the way down to Denton, Texas to match race the War Wagon AA/FA on the killer little eighth mile strip. Less than one minute of video and you get all the angles you want to see, the flames, the view of Haas absolutely arm wrestling the steering wheel, and you even get the jaw dropping elapsed time and speed that the car ran.
Our words are nothing as compared to this. Give it a watch!