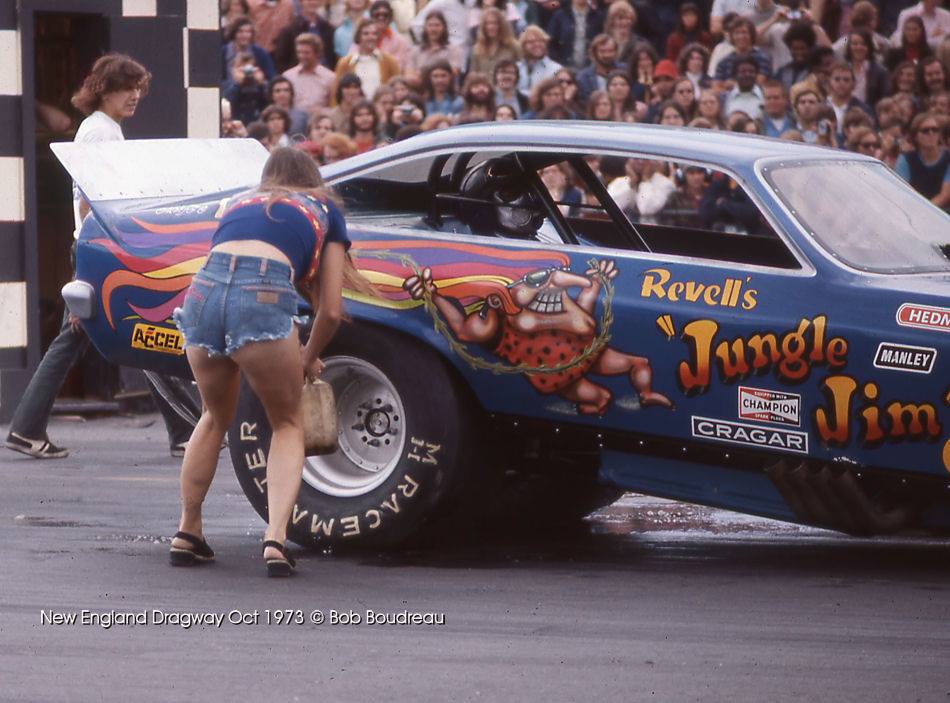 Bob Boudreau’s seemingly endless archive of bad ass photos from the early 1970s at New England continues to yield more epic gold. In this installment of photos, you’ll see Jungle Pam hard at work, carnage involving a Hemi Dart, more carnage involving a funny car, top end shots with parachutes out of some cars and pieces falling off of others, pit stuff, hydrogen peroxide rocket cars, and other stuff of unspeakable coolness.

The funny thing is that this was just one drag strip on one weekend back in the day. Elsewhere around the country, dozens of other tracks were hosting nitro cars and having big shows as well. Now, they weren’t AS BIG as this, but there were enough nitro cars of varying performance levels to keep many, many strips filled with people to see exciting stuff. As a point of reference, the vast majority of all the nostalgia nitro funnies were split between Salt Lake City and Cordova last weekend. The modern cars don’t venture too far outside of the NHRA confines so they’re not even much of a factor in the match race scene anymore.

The early 1970s were an amazing time in the sport of drag racing and certainly a peak before the doldrums of 1974 and up as oil prices skyrocketed, tracks closed in droves, and people just didn’t show up like they did in the years previous. These photos rule and remind us of those great days!

CLICK HERE TO SEE ANOTHER AMAZING COLLECTION OF PHOTOS FROM NED CIRCA THE EARLY 1970S! 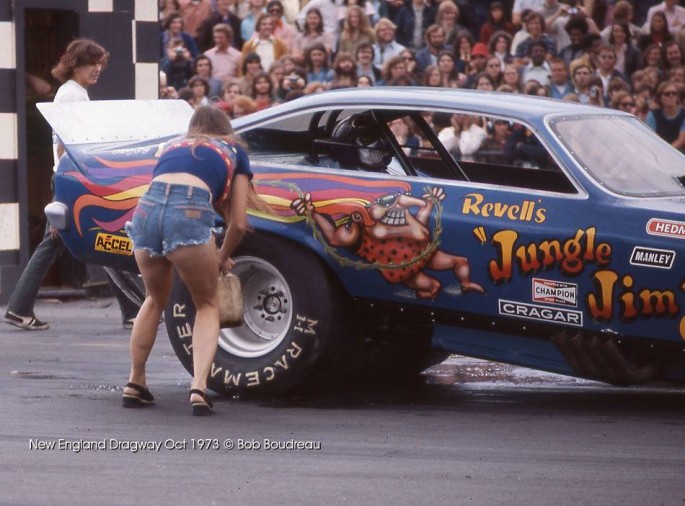