Gas-Tastic! Photos Of The Neatest And Best Running Gassers At The Holley NHRA National Hot Rod Reunion In Bowling Green 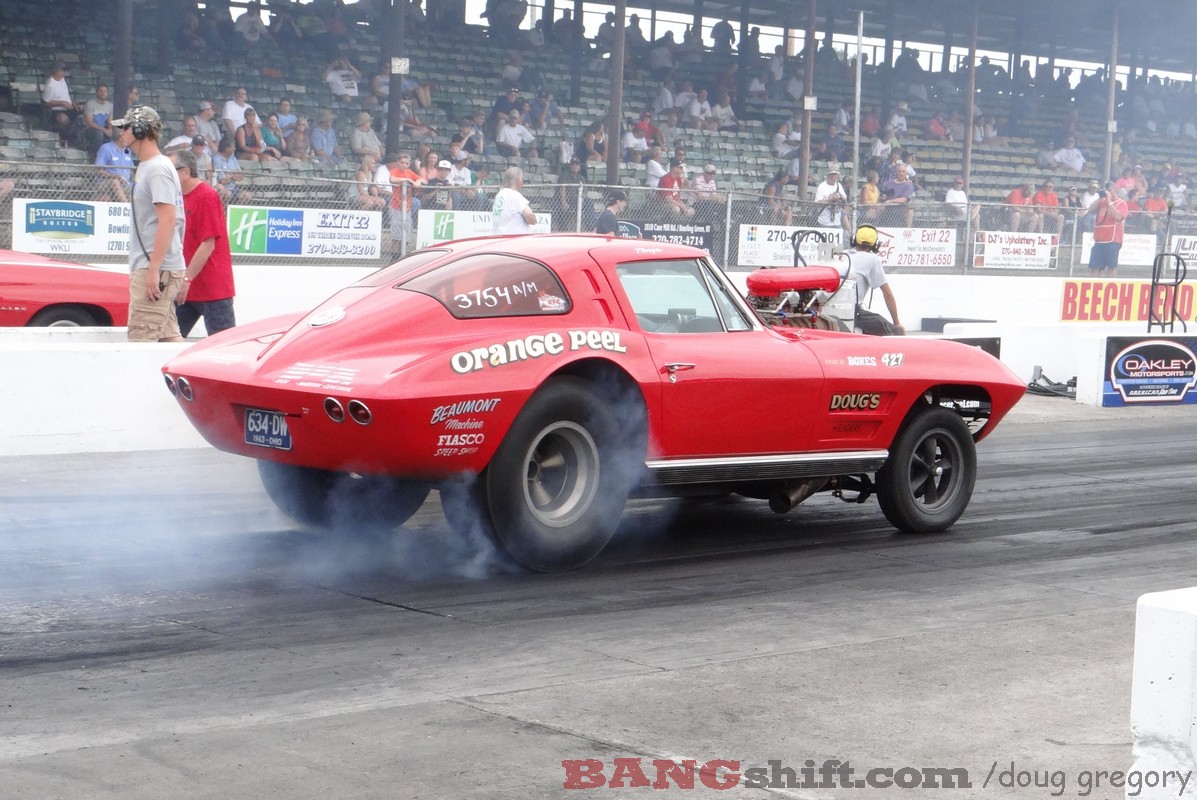 (Words and photos by Doug Gregory) – What we have here is a collection of gasser-ishness in the form of 50s and 60s cars.  There were a lot more of these things rolling around than what we have pictured here.  Quite frankly, we couldn’t squeeze all of them in 10 galleries.  There are two more galleries of older iron gasser-style stuff yet to come.

Whether is got a buggy spring, parallel leafs, or whatever for suspension up front the generalization is the same.  If its ‘nose up’ then its got that gasser-ish look.  At least that’s what ‘they’ say.  I’m not totally convinced to be a ‘gasser’ it has to have a lot of front clearance.  Plenty of rides in the gasser classes were down in the weeds too.  In fact, a bunch of cars that people today call ‘gassers’ don’t even run gasoline, but instead are on alcohol.  So much for making a clear definition.

Some of what you’ll see here:

The gold BBC-powered ’55 with the megaphone header collectors

Crash Compilation Extravaganza: One Hour Of "And They Walked Away" ACED: AutoCross Every Day! Mike Dusold's Camaro Kills It At Des Moines Goodguys

One thought on “Gas-Tastic! Photos Of The Neatest And Best Running Gassers At The Holley NHRA National Hot Rod Reunion In Bowling Green”