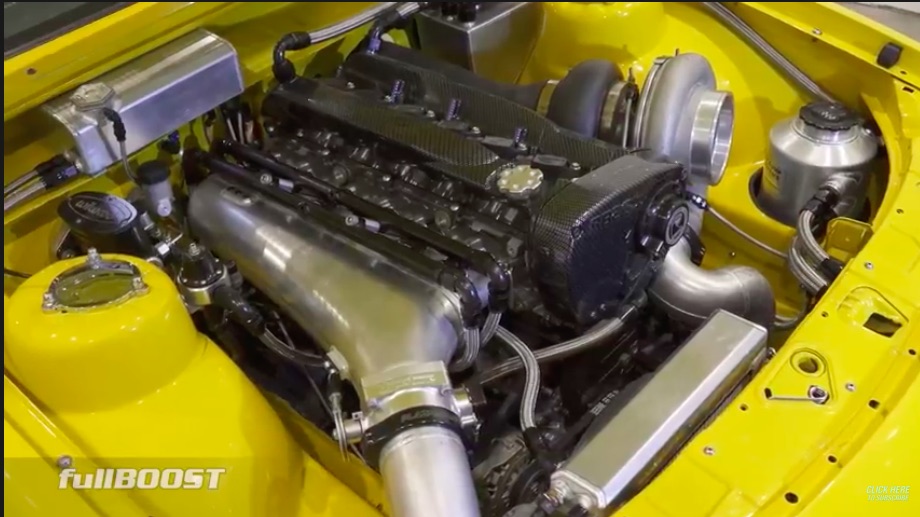 When we look at hot rodding on a global scale, it’s mind-boggling, right? Here in the USA we have had a primarily V8 fixation since Henry Ford dropped the Flathead in our laps nearly 100 years ago now and that makes sense. We have them by the millions and the access is easier than easy. This said, most of the world has not been so V8 focused in their pursuits of speed and frankly the internet has showed us that better than anything else ever could have. Take the Aussies. These guys and girls have been killing it with inline six engines from a multitude of manufacturers for decades and they continue to today.

You are about to watch a truly nasty Holden Commodore which is powered by a Nissan RB30 engine make 1,700+ horsepower on the hub dyno and the thing ain’t done yet. The engine is stroked to 3.2L with a long arm crank from Nitto and uses a Precision 8891 turbocharger to produce some 50psi of boost. Fed with a mechanical fuel pump that’s sending the fuel to the injectors which are then in-turn controlled by a Haltech engine management system, this car is gnarly. Our favorite part? The Liberty 5-speed transmission which is ripped through the gears on a few pulls. Just awesome stuff.

We’ll never tire of the V8 action around here but we certainly have love and respect for any engine that can make this kind of power and nearly cause the front end of the car that it lives in to wheelie on the dyno!

Press play below to see this awesome video of some 1,700hp dyno rips!

Peak 80s Goodness: This United States Hot Rod Association Promotional Video Is A Gearhead Highlight Reel That We Love American Bad Ass: This Video About The Life and Career Of Curtis Turner Is Fantastic