Has A Kick To It, Doesn’t It? Hoonigan’s Donk Is A Monster 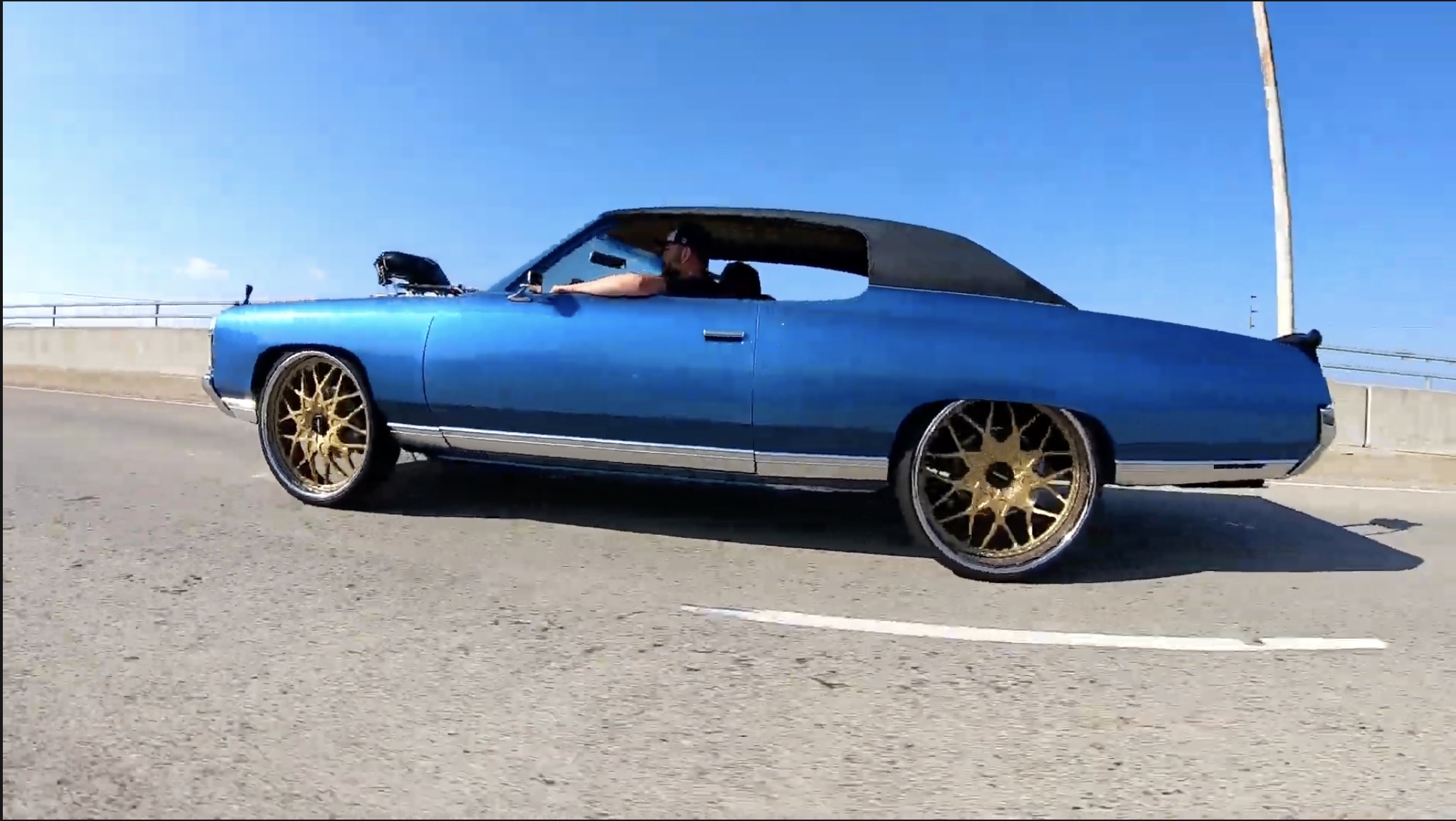 BangShift has always been about everything that has an engine. Brian’s tractor fetish, McTaggart’s love of malaise sleds, Chad’s drag racing  habits, off-roading, aviation, whatever. We dig it all…the stories, the tech, the fun. Which means that, whether or not you personally like it, we do pay attention to the racers who run the big wheels. Donk, box, bubble, whatever. And we know where most of you stand on the subject: the wheels are too big, the tires are too skinny, insert all levels of verbal abuse afterwards. Here’s the thing, though: it’s a legit scene that has some genuine, no-BS horsepower going on, there’s a racing scene that has serious players and some absolutely beastly rides in it, and in the grand scheme of things, cars that used to be written off as oversized tanks are getting a radical second lease on life.

A while back Hoonigan decided that they wanted to try to build a legitimate donk (which means 1971-76 big-boy Chevy for the unknowing). This used to be a paper-bag brown 1971 Chevrolet Caprice. The results speak for itself…namely, that beast of an engine that’s sticking out of the not-yet-finished hood. The parachute on the back better be in anticipation for what this Caprice is capable of once it’s fully completed and ready for war. Inspired by cars like the Z06-swapped Caprice convertible owned by “Donkmaster” Sage Thomas and other war wagons that race for big-deal money, the Caprice is equal parts flashy and capable.

We appreciate the effort to trying something outside of your normal wheelhouse. We certainly appreciate a big-body Chevy with a blower engine sitting square in the middle of the engine bay. We can’t say we’re a fan of the looks…maybe one solid, dark color and all the chrome re-done on brushed aluminum wheels would be more our style. But that engine does tend to cure a lot of ills. That, and we’re pretty sure this is one of a handful of cars that Brian Scotto fits in without having to lean the seat back.

Watch This Pulling Tractor That Uses A WWII Packard PT Boat Engine Drag The Sled All The Way Home Eat This, Nader: Waking Up A Dusty Corvair And Bringing It Out Into The Light

One thought on “Has A Kick To It, Doesn’t It? Hoonigan’s Donk Is A Monster”