Eat This, Nader: Waking Up A Dusty Corvair And Bringing It Out Into The Light 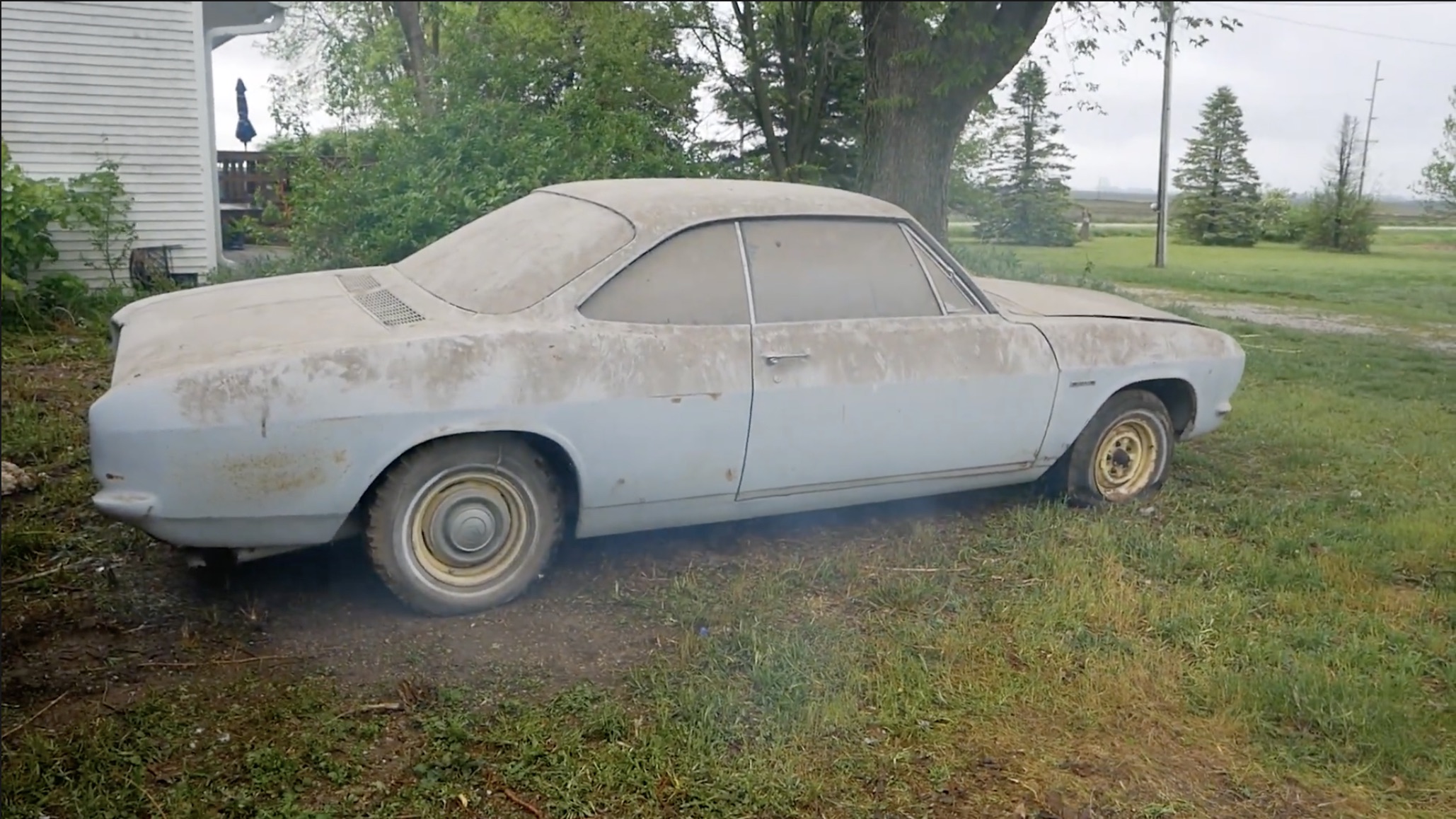 The Corvair, one of the precious few times a GM product did not truly deserve the skewering that it got in the press. The story is familiar enough to most, so here’s the short take: GM builds a compact car, as Ford and Chrysler did around 1960 to compete with the newly formed AMC and the likes of Volkswagen. Unlike Ford and Chrysler, who simply created a shrunken form of their RWD cars, GM went for the gold with an air-cooled, rear-engined vehicle. Between 1960 and 1969, the Corvair was a shockingly interesting, certainly different take from GM. The first generation brought body styles like a station wagon, a van and a cab-over truck that was available with a curb-side loading ramp. The second generation was whittled down to three body styles…you could have a coupe, a four-door or a drop-top. Sales dropped off of a cliff after a certain lawyer for the people from Connecticut took out his frustration directly at the Corvair in a book, and things were made worse when Ford took their compact, tarted it up for the Baby Boomer generation, and realized that they had a runaway hit on their hands. Between Ralph Nader and the Ford Mustang, the Corvair didn’t have a prayer.

Not to say that the Corvair is unworthy. Far from it. The car’s safety issues that Nader blasted in his book were found to be no worse than any other compact of the time (swing-arm axle suspension included) in the early 1970s. Don Yenko’s Stinger models were track-rat darlings. And if you just can’t take the idea of a boxer-six puttering you around town, companies like Crown helped you fit a small-block Chevrolet into the car.

This 1966 ‘Vair is the latest Junkyard Digs find. I’m doing my best to convince him that he needs to do up a Stinger clone. I don’t think he’s buying it. What do you think, is it worth the effort?

Has A Kick To It, Doesn't It? Hoonigan's Donk Is A Monster Vintage Drag Racing Film: Santa Pod Circa 1978 With Rocket Funny Cars, Hot Rods, and The End Of The Last Top Fuel Slingshot

One thought on “Eat This, Nader: Waking Up A Dusty Corvair And Bringing It Out Into The Light”