Unhinged: The Final Project Car? I Believe I Have Found It 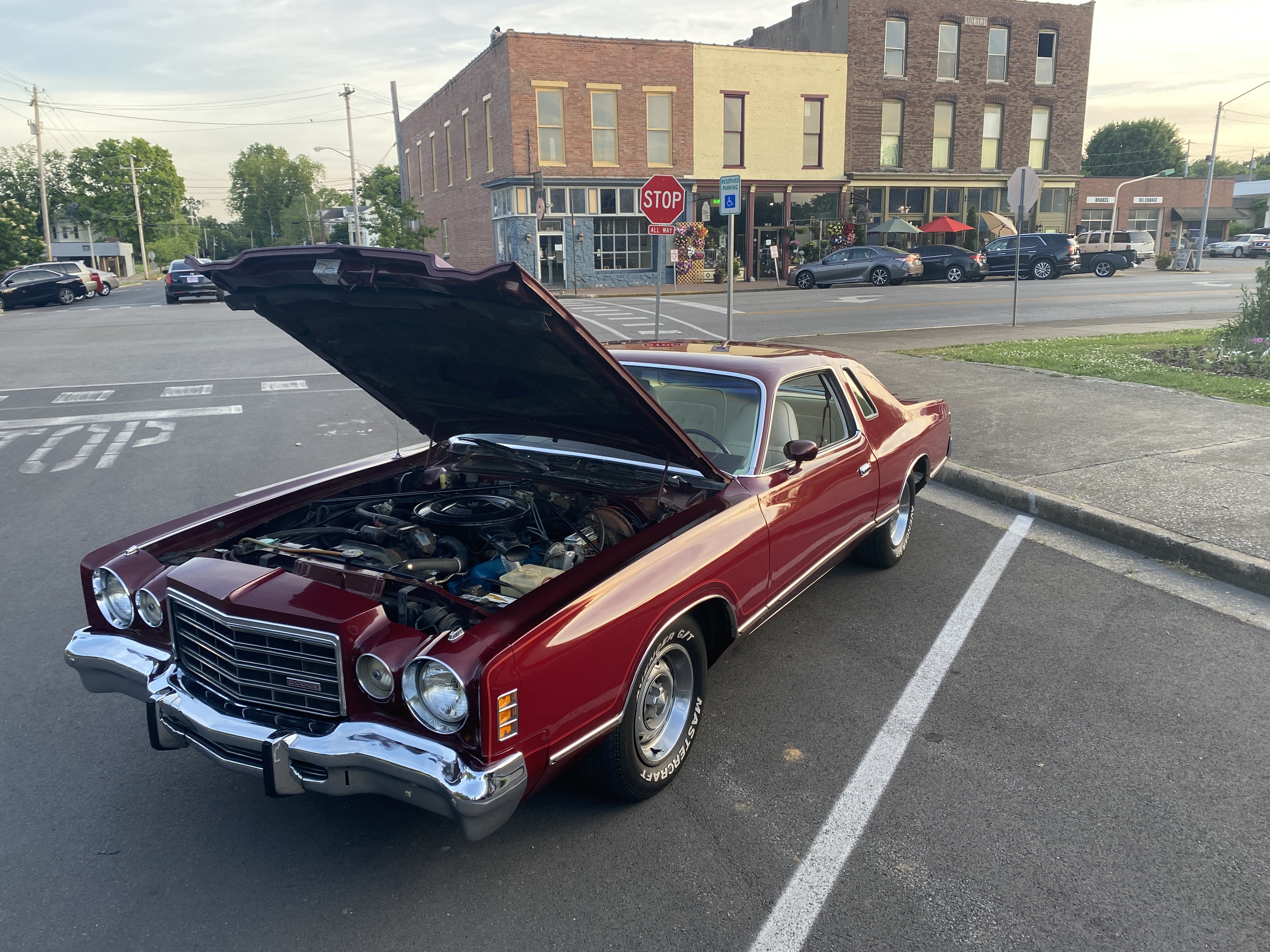 You have to hand it to my wife, Haley. She not only knew what she was signing up for when she decided that I was worth marrying, but she was on board fully. She knew I flocked to beaters. She still loved me, even though my ’81 Mirada acted out as if it was Christine’s bitchy younger sister the one time she rode in that car. Or when the Imperial’s steering system damn near fell completely apart at highway speeds in Phoenix in the middle of the night one night. Or each and every time I got a wild hair up my ass and decided that it was the perfect time to drive a little stupid, be it a little bit of corner-carving with friends on a trip to Jerome, Arizona or the one snowy night I locked up the E-brake in a strip mall parking lot, sending my 2006 Monte Carlo whipping around like a teacup ride. She rode shotgun in the Imperial all the way across the country when I moved from Arizona to Kentucky and got to see the positive side of the silver sled…namely, the seats. Which are actually still in my garage today, even though the car is long gone.

Which also brings me to another side of the whole “So I Married An Automotive-Minded Mental Patient” side of the equation that I don’t think she had bargained for: the late evenings in the hot and humid summers, sweating so profusely that I probably have taken years off of my life while I try to get that loved project car to do anything besides flatten grass, the days where I’ve resorted to Army-level maintenance (read: scream abuse at loud volumes until the f-king thing works), the money that was burned for parts and cars that weren’t worth a damn, and the simmering, lava-like anger that comes from hitting the wall and realizing that the only two ways out of the quagmire involve either more money than you’re willing to burn, or a thermite grenade and a gravel pit with no easy access for police or curious onlookers. 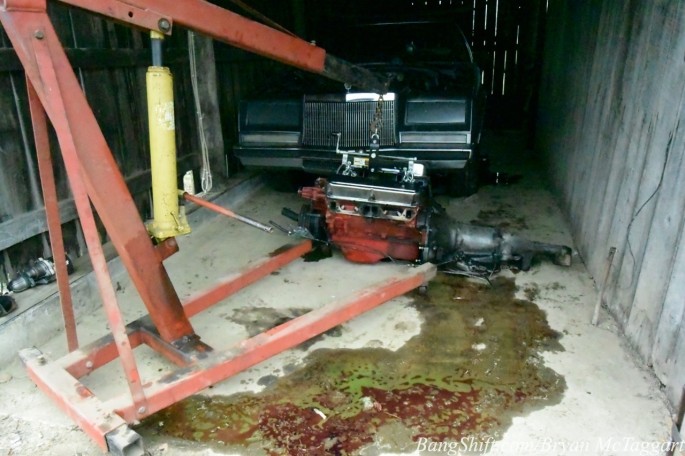 Care to guess where I’ve been the last few years? The Mirada rusted in half. The Imperial was good until the original engine started acting like it was dying, and never really came back to life, my efforts be damned. The Rough Start Mustang hasn’t made any forward progress and even if it did run and drive, it’d still be a horrifying place to sit in until the money was invested. And it’s fate was never certain…the Great Pumpkin Mustang won’t go anywhere, but the ’89 LX could disappear and I’d be fine. Bless this woman, she’s a saint for tolerating this shit.

Ultimately, what I expected to happen did: I wanted back in an older Mopar. And by luck, I had just enough money where that looked feasible. With her blessing, I was authorized to start shopping, under one of two potential conditions:

So I started looking. I missed out on a 1973 Plymouth ‘Cuda by about fifteen minutes that was under $10,000 and mostly complete. I looked at listings across the lower 48 states. I hunted in the Pacific Northwest, the Southwest, near Chad’s place in Texas. I was pretty open-minded at first, but quickly narrowed the search down to the 1971-1979 B-body. Either they were absolutely roached but cheap, or they were nice, but overpriced…like $15,000 for a Chrysler Cordoba, or $25,000 for a 1975 Plymouth Road Runner.

Dylan McCool is the one who sent me the photo for this car. It wasn’t listed. It was for sale. I made contact, asked a few questions, then showed Haley once I was on board. She looked it over and approved. Which led to waking up at a quarter ’till three in the morning on a Saturday, cannonballing eight hours in a borrowed Duramax Chevy through Tennessee interstate ribbons that are somehow less smoother than Fallujah backroads, straight through Atlanta right about the time Finnegan was proceeding to wake the entire lakeside neighborhood up with his psychotic twin-turbo boat, and finally to a place well south of Athens. 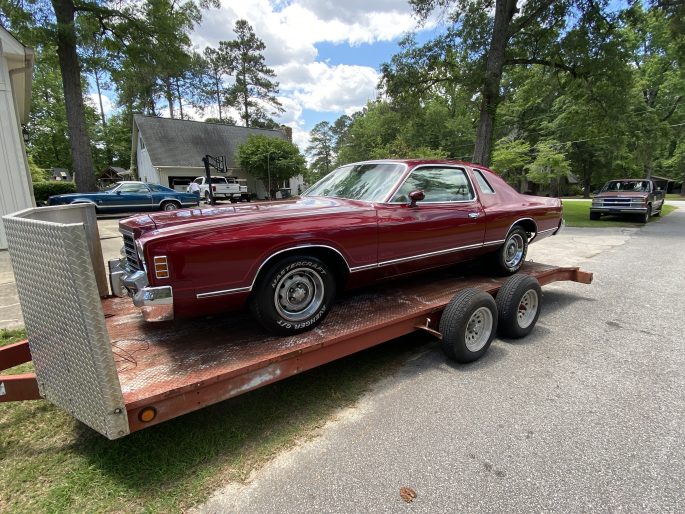 Rolling up to the house, I immediately found myself facing a connundrum: right next to the 56,000 mile 1976 Dodge Charger Daytona that I had intended to purchase sat a gorgeous slope-nosed Chevelle Laguna S-3, complete with floor shift automatic. I’ve had a mid-1970s Chevelle before, a 1973 that I would still own if the car didn’t have the worst case of tin rot I’ve ever owned. Luckily, the seller helped make my mind up when he informed me that the Laguna was another $8,000 over the Dodge’s asking price. I would like to embellish on the story, but there isn’t one. We drove the car around the block, I agreed to buy it, we hammered out the paperwork, I loaded it onto the borrowed trailer, and we proceeded to haul ass right back to Kentucky. By the end of the trip, it was nearly eleven at night and Haley was at her limit of tolerance. Exhaustion blurred a bit of it, but I’m pretty sure her exact quote was, “Unload that fucking thing and let’s go to bed.”

So, yeah…I now own a 1976 Dodge Charger Daytona. And to be very fair, it was either going to be this or a mid-2000s version, since the winged types are unobtanium. It’s as long as most full-size four-door pickup trucks, feels wider than I remember these cars feeling, has a rear axle ratio that feels like 2.40-something being pushed around by a two-barrel 360, and is two-tone red, a color I normally don’t like. Effectively, it’s a sporty Chrysler Cordoba with a different grille, slightly less plush interior and no diaper glued to the roof. Why, again, this car? 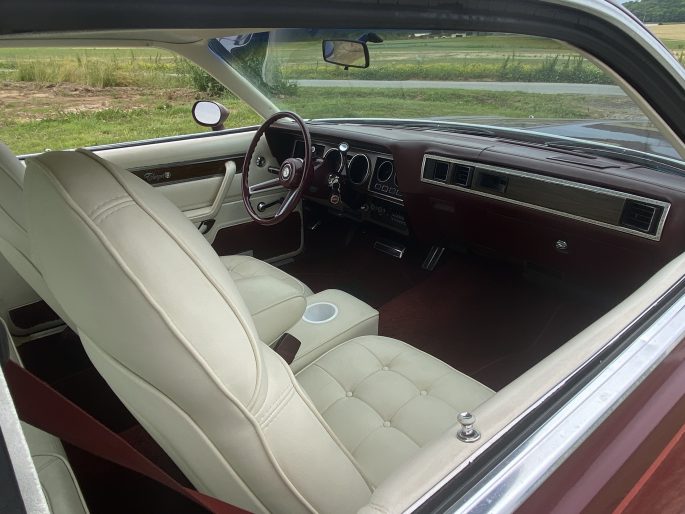 It’s easy to quantify the low mileage, the well-kept condition, and the surprisingly amazing interior. The 360 fires right off and is healthy, if by 1970s standards. The seat belt buzzer is functional, as is the stereo. Somebody went to the trouble to convert the air conditioning system to R134a (though, that does need to be looked at) and installed a true dual exhaust on it recently. Even the inside of the trunk is in amazing condition. It’s not perfect…some of the interior plastics have heat degradation, but only a touch, the exhaust occasionally rattles on the trans crossmember, the speedometer’s clock spring is acting funky, the front shocks are soft, the back air shocks are completely dead and, my luck, the main gauges are non-op…gauge lights included. But I’m okay with that. I want to fix the gauges properly. At some point one winter, I’ll send the dash to Just Dashes for a full restoration. I have the “Charger Daytona” graphics en route from Phoenix Graphix as I write this. But all this week, I’ve shaken the car down. Outside of new shocks all around, driving this Charger is gorgeous as long as you remember that it’s a cruiser and not a musclecar. 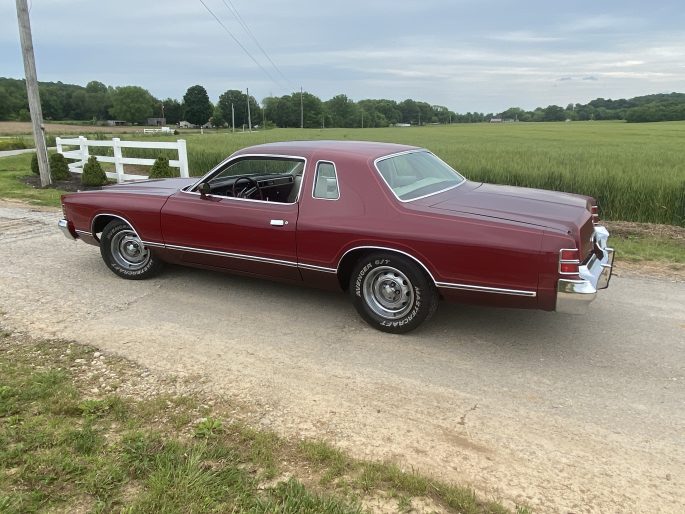 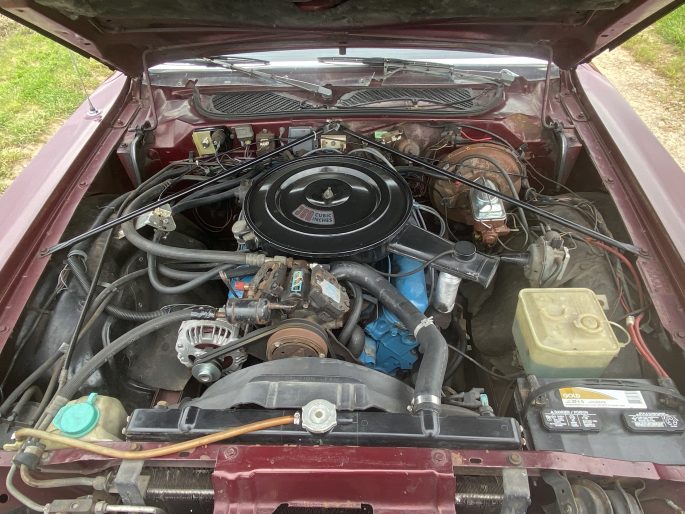 What is more difficult to justify is what this car does for me. Earlier today, I took it on a 40-plus mile cruise to a small-town car show that’s hosted weekly with Haley riding shotgun. The radio was playing, the air was cooling down, and the first hints of honeysuckle were floating on the breeze. At the show, I was honestly floored at the attention the Charger got. The paint is not perfect…it’s a 20-footer that needs professional help. But that didn’t matter, people dug the car and had all sorts of questions that left me answering them with my savant-level bank of knowledge regarding Malaise Chrysler products. When it was all said and done, we left and headed home, cruising by green wheat fields, enjoying that sweet scent of early summer as the sunset turned the red hues of this car into a work of art.

For most, this is a memory of the 1970s, good or bad. For me, it’s the final project. Unless I become wealthy to the point where it doesn’t matter anymore, or this thing is destroyed somehow, I’m sticking with this car. I’ll fix the speedometer. I’ll dig through the gauges. If I have to, I’ll farm that out. It’s worth it. This isn’t an everyday driver. It’s not going to be some rowdy-assed street brawler, though you have to admit a Hellephant in one of these would make perfect sense. It’s just going to be mine. Every modification will be well-planned and executed, every fix necessary and not due to the want to just spin wrenches. And if I get the same feeling I got cruising it home tonight every time I drive it, that’s all I’m ever going to need. 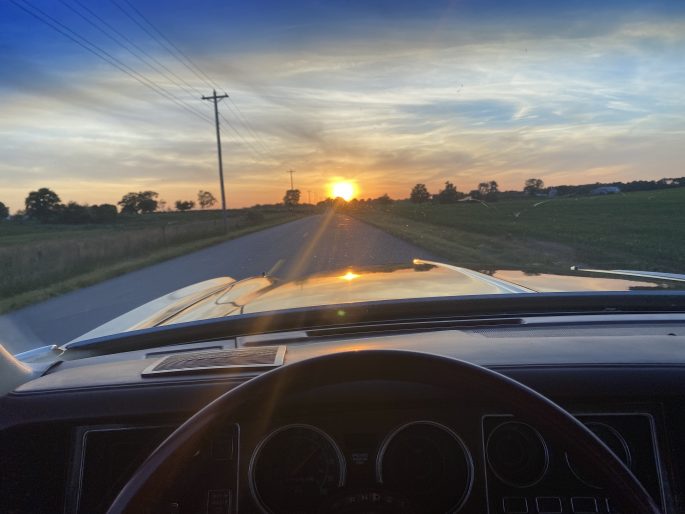 Vintage Drag Racing Film: Santa Pod Circa 1978 With Rocket Funny Cars, Hot Rods, and The End Of The Last Top Fuel Slingshot Watch The Most Impressive Flaming Front Wheel Drive Engine/Transaxle Failure We Have Ever Seen

12 thoughts on “Unhinged: The Final Project Car? I Believe I Have Found It”