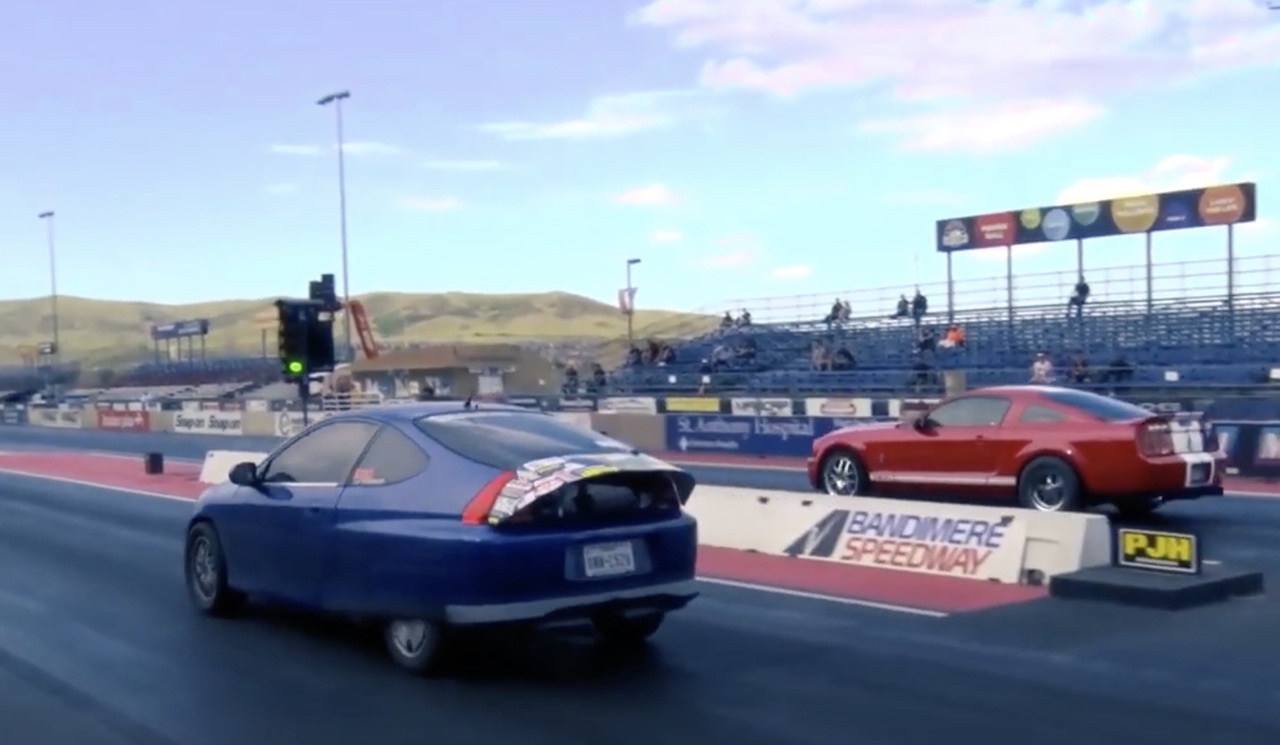 In one lane, a red Shelby GT500. One of the first “new” Shelby Mustangs, the S197 hot rod was 500 horsepower of red-blooded Blue Oval that straight ripped. Forget all the Cars and Coffee videos you’ve seen, in the hands of a competent driver, the Shelby is something to behold. In the other lane…a Honda Insight, a blue Easter egg of a car that was Honda’s foray into the world of super-green driving experiences and hybrid technology at the turn of the century. It was a two-seater with the aerodynamic drag of a teardrop, running a 67 horsepower three-cylinder in a super-lean burn setup, paired off with a 10kW electric motor for additional power. They were an oddity new and most have seemingly vanished from the roads. Seeing one on RMRW was like seeing a turtle swimming in the punchbowl at a party…sure, there was something interesting, but the question of what the hell it was doing there remained.

Then the light turned green, the Shelby roared off and the Insight straight-up spanked it. And not by a little bit. Stacy Gifford’s Insight is what happens when aerodynamics, a compact package, and a potent engine combine to make magic happen…or, it’s the proper realization of every “pOwEr To WeIgHt, BRO!” argument I have ever endured while debating the merits of Hondas as performance cars. The K-swapped eco-dream not only gained instant respect on RMRW, but it probably took the award for the best MPG recorded from any vehicle involved in this year’s activities…and that’s not just race cars, I mean ANY vehicle. Gifford is fully aiming for the “have your cake and eat it too” moment where his car gets 50 MPG while scaring unsuspecting Hellcat owners. We dig it.

Mail Order Hero: The Struck Mini-Beep Is The Neatest Thing You Can Still Order From The Pages Of A Magazine (Video) 2020 ECTA Firecracker Mile Gallery: The Opening Roar At Arkansas