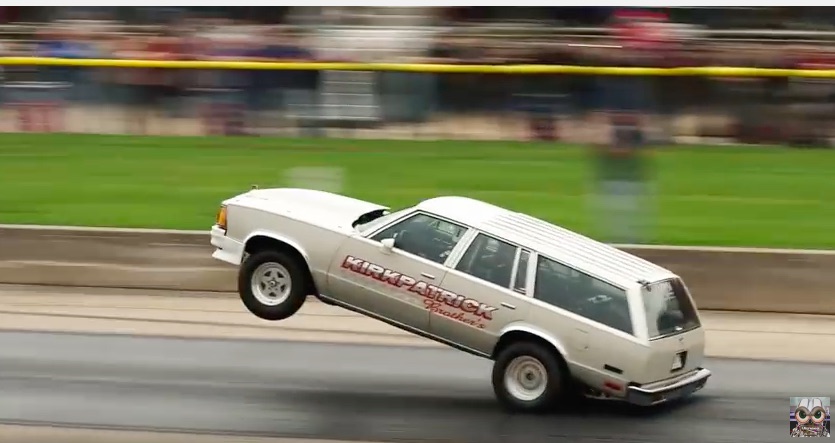 (Video by VictoryRedColorado YouTube) – Ron Leek is known for many things. He was the steward of Byron Dragway for decades, he has one hell of a big truck collection, he was one of the guys who fostered bracket racing as a way for tracks to be viable when class racing nose dived in the 1970s, and perhaps greatest, he is the guy who created the World Power Wheelstanding Championships. This is quite literally one of the most unique events in the sport of drag racing. People show up there with intentions of flipping their stuff over backwards! They are not joking about it, they literally want to put their car on its roof.

Each and every year the house is packed, the competitors come from all over, and the prize money makes them do stuff that would otherwise be considered plumb stupid at a normal drag race. Lots of weight in the back, the removal or height adjustment of wheelie bars, setting the two step on eight gazillion RPM. You name it and these guys will do it.

The insanity continued in 2016 at Byron Dragway, you can watch it all right here!

Watch a highlight reel from the 2016 World Power Wheelstanding Championship

Roadkill! The Boys Bring In Help to Swap A Cummins In A Caddy, Run An Abandoned Strip, Jump It! Don't Miss Out On Our Photos From The Lucas Oil Off-Road Expo In Pomona