Historic Drag Video: Garlits Does England Circa 1976 — An Awesome Look At Big Daddy In The Mid-1970s! 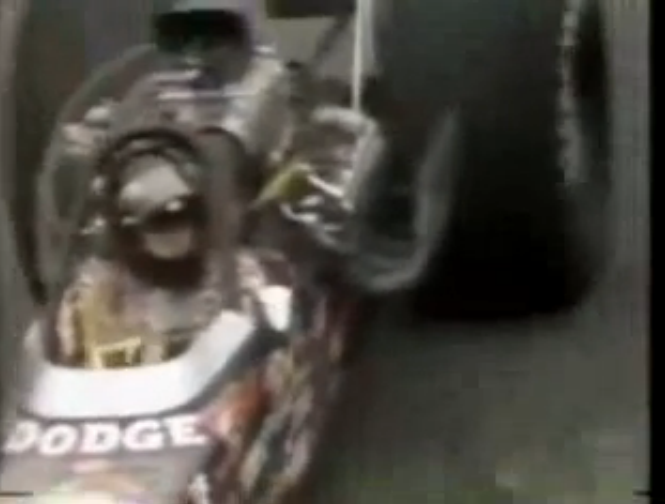 We never tire of finding old drag racing films and sharing them with you. Why? It is like bringing some history back to life. This time it is a two part video showing Don Garlits taking on all comers at Santa Pod Raceway in England back in 1976.

It is our opinion that Don Garlits is the greatest drag racer who ever lived (and is still living BTW). He was a competitor at the first March Meet back in 1959, although it took him until 1964 to win the race, which always featured the strongest field of fuel dragsters in the country. In ’64 Garlits was part of the US Drag Team that went to England to show the folks in jolly ol’ what American drag racing was all about. The videos below show his second trip to the country, 12 years later, in 1976.

The interviews and footage are great and show just how big a draw Garlits was during the height of his career. The place is absolutely packed and they’re all at the strip to see him. Note the area behind the starting line that looks like a covered grandstand. That was the (in)famous viewing area at Santa Pod called “The Barn.” It has since been removed but standing there must have been awesome, and even a bit scary as junk was surely thrown back at spectators off of spinning slicks.

Big Daddy versus the Brits!

PRESS PLAY BELOW TO SEE GARLITS IN ACTION!