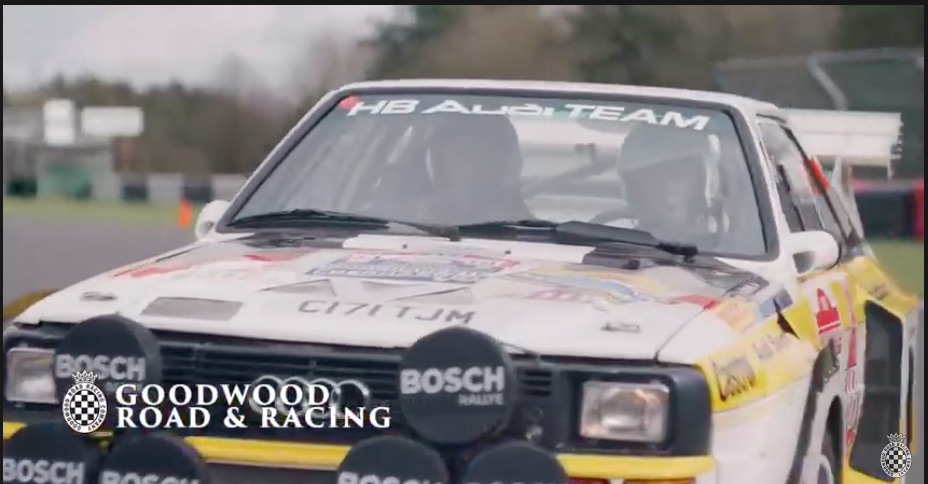 This is a spectacular video. The story of a kid who started working in a butcher shop and all the while taught himself how to weld, wrench, and even paint cars during his off-time. Eventually he gets good enough at it to ditch the meat market and make cars his life. From that point Dave Kedward went rally racing and he competed all over the world. Through that career he crashed, he won, he traveled, and he honed his skills. He also got the bug for someday owning a Group B car, the most fearsome class that has ever existed in rally racing.

To see the tour of the car, to hear the car on the course, to understand the insane lengths that engineers went to nearly 40 years ago to compete and win is amazing. This car is wild and even if it was built today it would still be wild. The experimental things that Audi engineers did back in the 80s are amazing and during the walk around he shows us the highlights.

You can’t help but to really love Kedward by the time this video is over. The passion for the sport, the passion for the car, and the sheer sounds this thing makes are just fantastic. Kedward has driven several different styles of Group B cars but he says by far the Audi is the most beastly and describes driving it like being in a fight with the car the whole time.

Man, this is cool.

Boss Of The Bulldozers: This 1946 Caterpillar Film Is Awesome And Speaks To A Country Headed For A Building Boom 2021 Duct Tape Drags Action Photo Coverage! Huge Fun In The High Desert At Tucson Dragway