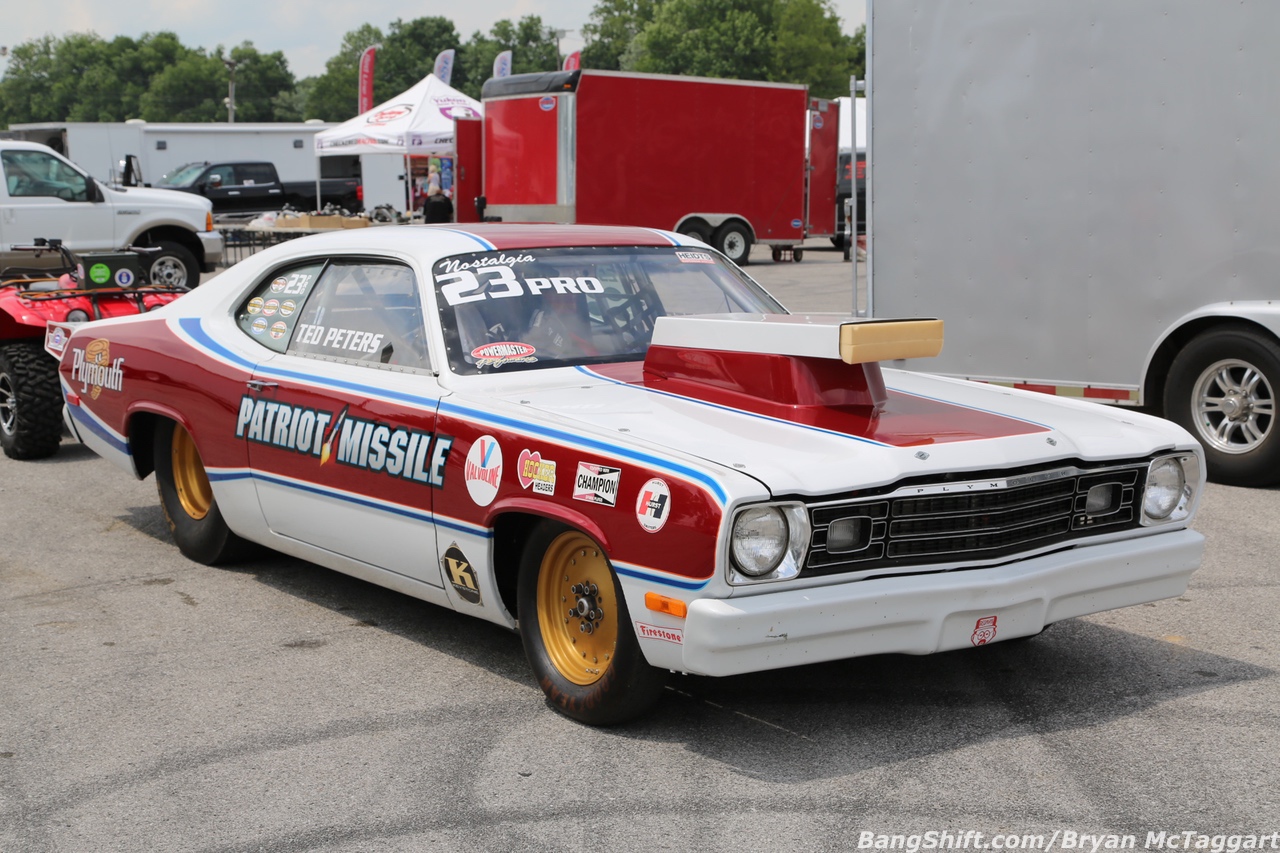 They are the shapes of cars I know. Hell, they are the shapes of cars, period. I love the nitro, I love the jet cars, but if there is one class above all others that I’ll watch, it’s the Nostalgia Pro Stock machines. Why? Because they are actual cars. Yes, they are race cars. Yes, there’s a lot of trickery that is the difference between their street-going counterpart and the full-tilt machine on the launchpad. But if you needed to know anything about these machines, I can sum it up with a conversation I had with the guys who were running the former Larry Peternel Imperial: “If you know of anyone selling a set of taillights, we’re needing a new set”, they told me, as they pointed out the cracked lenses on the car. The “Pontiac” script is still in the headlight indentation on the Rod Shop Firebird. The Mustang II that showed up was a few stickers removed from being the “Sudden Death” car. The “Patriot Missile” Duster could be on the street with a set of mufflers, functioning lights and a re-tune. It’d fit right in at Drag Week, actually.

That’s not to take away from any of the other machines on-hand at the Holley Hot Rod Reunion. If you lined up each and every push vehicle and told Brian, Chad and myself to divide them equally, there’d probably be a fight with each vehicle choice. Each and every straight-axle car on the property is lust-worthy, from the most pretty Willys to that one green ’56 Chevy that looks sideswiped. And you could always make your appeal for one of the cars roaming the property with a “FOR SALE” sign in the window, if that didn’t work!

We have more photos coming down the pike, so stay tuned! 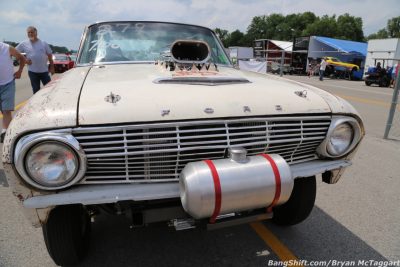 Click on a photo below to see more action from the 2019 Holley Hot Rod Reunion, and if you missed our last gallery, CLICK HERE to check out more of the action from Beech Bend!

2020 Mustang GT500 Power Numbers Released: Here's How Much The Blown Cammer Makes The Peugeot 205 GTI: When France Turned A Tiny Little Car Into An Attack Chihuahua